Covid-affected children need to be rehabilitated with existing social linkages 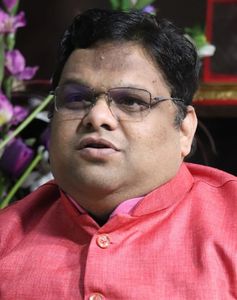 Q/ Women and Child Development Minister Smriti Irani said that 577 children have been rendered orphans due to the pandemic, between April 1 and May 25. How do you define orphan?

A/ Under the Juvenile Justice Act, an orphan is a child who has lost both parents. However, the act also has a robust mechanism under section 45 to support children from single parent homes, or those which have lost the breadwinner. Such children can be supported through a “sponsorship” mechanism. We are in touch with every state government to get details of all such children. The states have been doing a phenomenal job in this regard; we get weekly updates.

Q/ What mechanisms are being planned to help Covid-impacted children?

A/ Covid-19 is different from other natural disasters like earthquakes and floods, where often there is loss of property. Here, many children still have their homes, and therefore seeking adoptive parents is not the first recourse. We need to establish whether the child can stay in the family home, whether there are relatives who can take on the responsibility.

A child who has already gone through immense trauma should be protected as far as possible from further displacement. They need to grow up in familiar surroundings, because their friends and teachers and neighbours will be their support system.

This is why suggestions like those coming from Sonia and Rahul Gandhi and Sitaram Yechury to put Covid-affected children in Navodaya schools are terrible. These are children, not commodities, to be picked from one place and dumped in another. They need to be rehabilitated with existing social linkages.

If the suggestion to shift to a free Navodaya school is because the child may not be able to afford private school education, remember the Right to Education allows a minimum of 25 per cent seats for the economically disadvantaged, there is no upper cap. We have to work on keeping the children as minimally disturbed as possible. We need to have a robust tracking mechanism to ensure that the child is being taken care of. State child protection committees and non-government organisations have a strong role to play in this.

Q/ The pandemic has impacted school learning massively. Is there any estimate of school dropouts? What efforts will be taken to get them back to class?

A/ How can we talk about dropouts when schools are shut? In-person teaching has not happened for over a year. We will only know the dropout numbers when schools reopen.

Online classes have certainly impacted children; the digital divide is huge. We run a tele-counselling service for children called Samvedna (toll free no 1800-121-2830). A child from the Konkan area reached out last year. He said he was travelling 40km daily for his digital classes as there was no network in his village after Cyclone Nisarga. We reached out to the local administration and got the network back on.

However, online classes cannot replace in-person schooling. These are terrible times. Children and their family members are ill; many have perished. Let this phase get over, when classes reopen, we shall address dropout issues. Right now, the focus is to address their health, both physical and mental.

Q/ The pandemic caused other problems for children, too. We heard that child abuse cases had risen.

Yes, children face violence and abuse, and yes, not every case is reported. But it is still wrong to say that all the violence occurs at home.

In fact, we are in the process of compiling data on FIRs related to POCSO (Protection of Children from Sexual Offences) Act, and a preliminary glance has shown that only a handful of those cases were within the home.

Q/ So, where is the biggest problem of child sexual abuse?

A/ Online. Social media platforms, especially those which are encrypted, are the biggest markets for sale of Child Sexual Abuse Material (CSAM). WhatsApp is an adda (den) of paedophilia. We are doing an independent inquiry on CSAM availability on sites like Twitter, Facebook and WhatsApp. It is shocking what we have discovered. That report will be out soon.

A/ Both lockdowns coincided with the festival of Akshaya Tritiya, during which people traditionally have mass child marriages in Rajasthan, Bundelkhand, Gujarat and Madhya Pradesh. Around this date, the authorities are on vigil, yet many marriages are solemnised. So, to say lockdowns caused an increase in child marriage is incorrect. The numbers have to be compared with those of previous years. Comparing April data with September will give an incorrect picture.