Here's what is making vehicles safer than ever 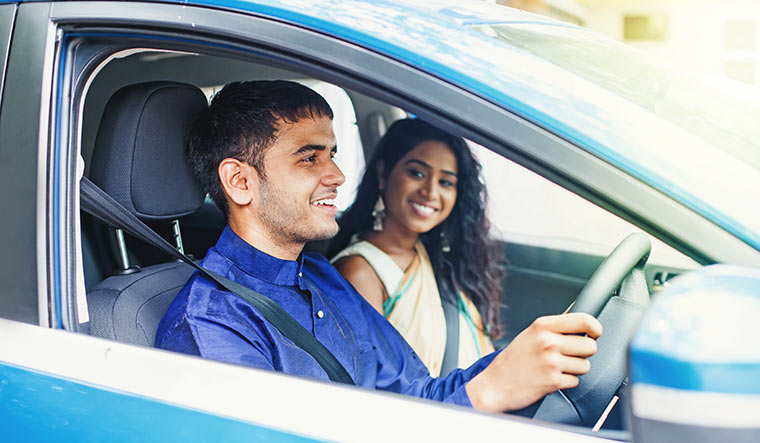 A week ago, the ministry of road transport and highways made dual airbags compulsory for all passenger vehicles. Interestingly, except for a few entry-level cars, most manufacturers had already voluntarily included the feature in most models. This shows a departure from the industry’s early strategy of sacrificing safety features to keep prices low. It also reflects a change in customer preference—they are willing to pay more for safer cars.

While it will not be much of a trouble for carmakers to include these features in premium cars, the affordable ones will struggle to strike a balance between price and features. “The real challenge is bringing in maximum safety at an affordable cost so that cost of vehicles does not go up steeply,” said Abhay Damle, who was joint secretary at the ministry of road transport and highways.

Technologies usually become more affordable with time and by scaling up. AEB has become a common feature in many advanced markets, and in India, economies of scale will reduce its cost significantly. ESC, on the other hand, shares a lot of systems with ABS and can easily be implemented in the existing models.

The trickling down of technology (from upper class to lower) happens quite fast these days in the automobile sector. Compact sedans and compact SUVs in the Rs10 lakh-Rs15 lakh segment now offer features that used to be the highlights of luxury cars a while ago. Features like vehicle stability management (helps avoid losing control during sudden braking or acceleration) and hill assist control (prevents the vehicle from rolling back) are being packed into some hatchbacks even. The penetration level of such technologies, however, remains pretty low in India. ESC, for instance, is present in less than 10 per cent of passenger cars.

Just about a decade ago, crash tests were virtually absent in India. In 2013-14, India implemented the UN Regulation 94 crash test standards, which checked the impact of a crash at around 56kmph. It was not as stringent as the European crash tests. The following year, Nitin Gadkari, minister for road transport and highways, said that India would apply UN equivalent crash test standards for front and side impact. A Bharat New Vehicle Safety Assessment Programme (BNVSAP) is also being implemented in a phased manner and cars will be given star ratings based on their safety performance.

Barely meeting the safety standard, however, is not always enough. According to David Ward, secretary-general of the Global New Car Assessment Programme, many Indian cars scrape by on the bare minimum required. “That approach risks completely misunderstanding the reality of a very global industry where India has the potential to be a great exporter of cars if they are as safe as international automobiles,” he said.

The application of many modern-day safety features is often hindered by the state of Indian roads. Lane keep assist systems, for instance, can inform the driver of a vehicle veering off its lane and intervene with steering assistance to keep the vehicle in its intended lane. But these systems need clear lane markings, which are rare in India, to work properly.

A bigger challenge, however, is compliance. Indians still need to be prodded to wear seatbelts. A driver or passenger not wearing a seatbelt is as bad as the car not having one. According to the American Automobile Association, wearing seatbelts reduces the chances of death by half.

Data from the ministry of road transport and highways says road accidents kill 17 people every hour. Negligence, the condition of roads and the condition of vehicles contribute to this. The single most important factor that can bring down the number of road accidents and related deaths is safer vehicles. Safety is no longer just a function of vehicles’ strength; technology has made them so smart they can even override human error to prevent accidents.

India had been slow in adopting global safety standards, owing to sluggish policy making and unfavourable market dynamics. But it has made up a lot of ground in the past few years. New norms, changing customer preferences and new market dynamics will make this shift quicker.

These are some mandatory features in passenger vehicles

The driver-side airbag was made mandatory in 2019, and now passenger side airbags are also mandatory.

The anti-lock braking system prevents the locking of tyres in case of braking. It was made mandatory in 2019 under BNVSAP norms.

These sensors ensure the safety of the pedestrians while reversing the car and help drivers while parking.

All passenger vehicles made after July 2019 are fitted with a speed-warning system that emits a beep at a speed of 80kmph. At a speed of over 120 kmph, the vehicle will beep continuously.

A seat belt-warning lamp and an alarm for both the driver and the front passenger seat are mandatory for all cars made after July 2019.