We will not be unnecessarily demanding 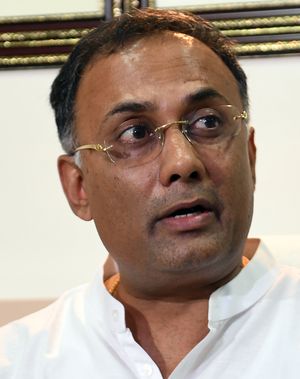 How confident are you of the Congress doing well in the elections?

There is an anti-incumbency wave against the AIADMK. The way it has succumbed to the BJP has gone down badly with the people. The people of Tamil Nadu do not like the communal agenda of the BJP-RSS.

Our alliance did well in the Parliament elections. The Congress has been conducting various programmes. Rahul ji’s programme has been a grand success.

What are the important issues in these polls?

The performance of the AIADMK government has not been up to the mark. It is beholden to the Centre. There is tremendous unemployment. It is also due to the wrong policies of the Centre. Also, the AIADMK does not have a leader they can project. None of them has mass appeal.

When will the seat-sharing arrangement of your alliance be announced?

Hopefully, we shall finalise it by the end of February.

Has the Congress shortlisted seats where it has a good chance?

We have shortlisted around 75 such constituencies.

Will the Bihar debacle cast a shadow on the seat-sharing talks?

The results of the parliamentary polls in the two states were totally different. Our alliance did exceedingly well in Tamil Nadu. We will not be unnecessarily demanding, but we expect our alliance partners to be fair to us.

Will the DMK’s adversarial stance in Puducherry have an impact on the alliance in Tamil Nadu?

In Tamil Nadu, the DMK is in the lead in the alliance. In Puducherry, the Congress is the main party. All the other alliance partners are in sync with us. The local DMK has some issues. Hopefully, those will be sorted out.

Is your alliance reaching out to Kamal Haasan?

He is a secular and popular leader. We respect his stand, and ideologically, we have common ground.

What is the impact of the leadership conundrum in the party on the poll preparations?

The last CWC (Congress Working Committee) meeting has sorted the issue out. An AICC (All-India Congress Committee) session will be held as soon as the state elections are over, and there will be election for party president and CWC. In the meeting, Rahul ji said that this issue should be put to rest.

So for all practical purposes, he is leading the party in these elections.

As far as campaigning goes, he will be the number one campaigner in all five states. I don’t see any other person who can take precedence over him in the campaign.