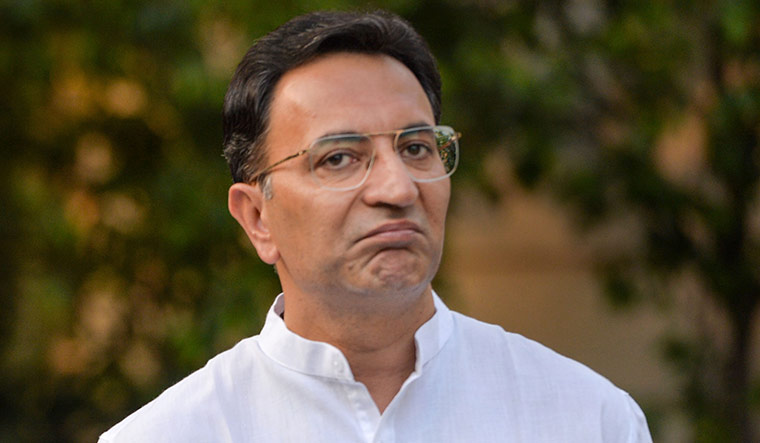 How is the Congress-left alliance placed in the upcoming elections?

We have had joint programmes with the left for some time. Our seat-sharing arrangement is almost done. We will begin our process of candidate selection well ahead of time.

We face the twin challenge of the BJP and the TMC. The BJP has been trying to impose its own worldview on West Bengal. It has no idea about the culture of West Bengal.

On the other hand, under the TMC, there has been a deterioration in the law-and-order situation. (We have seen) political killings and stone pelting.

The popular perception is that the contest is mainly between the TMC and the BJP.

These two parties, by dint of their money and muscle power, are ahead in terms of eyeballs. But that does not mean that the Congress will not present a challenge. We will put all our might and effort into the process.

How robust is the Congress-left alliance on the ground?

We hope to overcome the problem that we faced last time, of vote transfer not happening. This time, it will not just be seat sharing, but an alliance in real terms.

Senior BJP leaders are making hectic tours of the state. The same cannot be said of the Congress.

We are different parties with different strategies. The BJP might have the numbers in the Lok Sabha, but the Congress has better leaders, who are strong on the ground. There is a demand from the state leaders and workers for our top leadership to campaign. Very soon, you will see that happening. There is no neglect and our senior leaders are not lagging.

What are the main issues in these elections?

The BJP wants to destroy the culture of West Bengal, sow the seeds of division and ridicule the state’s icons. There has been talk of changing the national anthem. They want to impose their culture, which West Bengal will not tolerate. As for the TMC, the people are unhappy with the government.

Is there a possibility of Adhir Ranjan Chowdhury being projected as the face of the alliance?

He is the face of the Congress because he is the state party president and the leader in the Lok Sabha. But we are in an alliance. First, we want to finalise seat sharing, and then we will decide on other issues.

Any concerns about the All India Majlis-e-Ittehadul Muslimeen eating into your votes?

People now know that these parties do not want to strengthen themselves, but are helping strengthen some other players. And now that people are aware of this, these parties will not make much of a dent.