Factionalism will not affect candidate selection 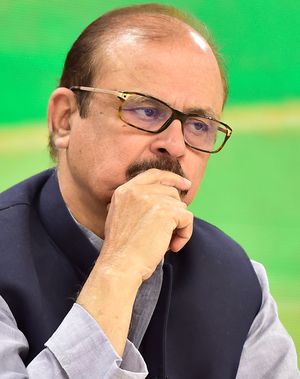 The Congress did extremely well in the 2019 Lok Sabha elections. However, it slipped up in the local body polls.

The issues in the Parliament elections are different. It was a national election and Rahul ji contesting from the state had an impact.

In the local body elections, the issues are different. Local candidates and their rapport with the people count. Also, the party in power benefits. But we were hoping for a much better result. The one benefit was that we became alert about our weak points.

So the local body polls rang the alarm bells for the Congress.

The popularity of the left front government is low as it is embroiled in scandals and scams. Seeing this, we were expecting that our result in the local body polls would be good.

But now, our effort will be to form the next government in Kerala. The Congress president has appointed senior observers for the elections, headed by Rajasthan Chief Minister Ashok Gehlot.

After the local body elections, there were demands for organisational changes.

We are taking corrective measures. We know in which districts we need to pull up our socks. We will make amends in the next three months.

The Christian community is disenchanted with the party.

We have reached out to Christian religious leaders. We have spoken to Christian leaders within the party. It is felt that there is a communication gap. Whatever needs to be done to assuage the community will be done.

The allies demand that Oommen Chandy lead the Congress in these elections.

We have already given him due respect and position. He is AICC general secretary. He is a member of the Congress Working Committee. In Kerala, too, we have given him an important assignment and a strategic position, so he can manage the elections.

There is intense factionalism in the state Congress.

We cannot deny that. [But] we will see to it that selection of candidates is not done on the basis of factions. Winnability, popularity and a good image would matter.

Any worries about the BJP cutting into anti-incumbency votes?

The people of Kerala understand that the fight is between the LDF and the UDF. They would not want to waste votes. The BJP cannot give the left front a fight in the near future at least.

Rahul Gandhi’s Lok Sabha seat is in Kerala. Would that be a factor?

When Rahul Gandhi starts campaigning in the state, it will have a big impact. We have requested him to make frequent visits to the state, and he has assured us that he will give sufficient time to the Kerala campaign.