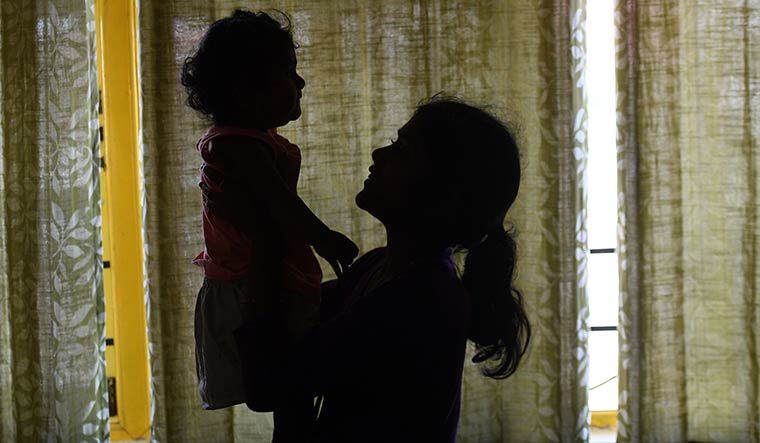 LAKSHMI, 15, was married off to a 35-year-old man this May. She was in the care of her maternal aunt in Mandya, Karnataka; her widowed mother works as a security guard in Mysuru, and had asked the aunt to take care of Lakshmi. The mother had no idea about the wedding.

When the constant sexual and mental harassment by the “husband” reached tipping point, Lakshmi left the house. She fell into the hands of child traffickers and was rescued by the police on November 21. The girl revealed that a man and a woman posing as a couple had forced her into the flesh trade by promising her food and shelter. She was escorted to various hotels for sex work, which she was told was easy money. The couple reportedly made 04,000 a day by exploiting Lakshmi.

“Based on a tipoff we raided a lodge, but the girl had escaped,” said Sujana, a social worker who was part of the rescue team. “But the second time, we were lucky. We had kept a watch on the woman who turned out to be a brothel keeper; the man was a pimp. The girl revealed that many other girls were also working for these traffickers.”

Lakshmi’s is not a unique story. Loss of livelihood, poverty and financial distress during the pandemic has forced many parents and guardians in Karnataka to marry off their minor wards.

More importantly, the shutting down of schools since March has not just deprived children of education and mid-day meals, but also of a safe space.

In the absence of schools, the lockdown had exposed children to many dangers. “We tracked 59 cases during the lockdown, but we suspect many more child marriages have gone unreported,” said Sudarshan, Childline (1098) coordinator in Raichur. His office gets nearly 130 distress calls every month, a majority of them related to child marriage and abuse.

On November 2, Tara, 16, called Childline, asking to be saved from marriage. But she soon grew anxious; she went to the fields outside her home and drank pesticide. Child protection officers tracked her in time and saved her. Tara’s lover had been jailed under the Protection of Children from Sexual Offences (POCSO) Act, 2012; her father had fixed her marriage to a “suitable” groom to escape social stigma.

An investigating officer said love affairs were the main reason for child marriages. “The schools are shut and girls who are mostly idle are being lured into affairs by vagabonds,” said another police officer who did not want to be identified. “Some older men offer good money to the girl’s parents to marry their daughter. Parents are opposed to love affairs and the fear of social stigma is pushing them to quickly fix the marriage of their minor daughters [and send them] to respectable families.” 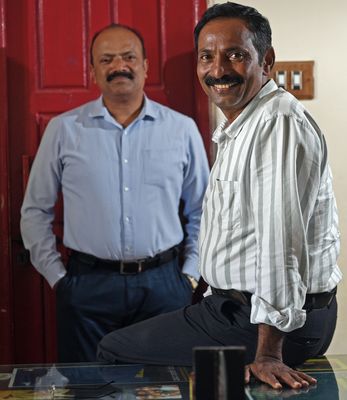 Recently, Manoj, a 30-year-old private bus driver, befriended and sexually exploited Meera, a class eight student from Virajpet. She became pregnant. Her widowed mother tried to get them married, only to realise that Manoj had a wife. The police arrested Manoj under the POCSO Act. “He used to threaten me saying he would kill himself if I did not go out with him. Now, I have a seven-month-old baby boy and I want to raise him well,” said Meera, who is now in a shelter home in Mysuru.

In October, Rashmi, a 16-year-old from Maddur, eloped and married a tender coconut vendor. The couple rented a house on the outskirts of Bengaluru. But their neighbours suspected that the girl had been trafficked—she was living with four unrelated men. A child rescue team saved her and the “husband” was booked under the POCSO Act.

The Prohibition of Child Marriage Act, 2006 (which came into force in November 2007), made offences under the act cognisable and nonbailable. Yet, it has not been an absolute deterrent. On top of that, the lockdown has led to the collapse of the child marriage monitoring system.

“Earlier, the onus of reporting absentee girl students was on the headmaster,” said Parashu, who is also a member of the Karnataka State Commission for the Protection of Child Rights. “Every official in the village—from the anganwadi teacher… to revenue inspector—is a child marriage prevention officer. But now, the marriages are being carried out in secrecy. Many victims are being identified only during the pregnancy when they visit the hospital for prenatal care. The doctors are alerting the child protection officers.

“The government officials are busy with Covid-19 duty, which has also weakened the network. Now, only Childline gets the distress calls or calls from informants. The Santwana Kendras (care centres), which were providing succour to the aggrieved women and children, have become defunct because of the pandemic.”

The child protection officers in Raichur, where child marriages are rampant, had anticipated a decline in the trend during lockdown as there would be restricted mobility and loss of income. But they were in for a shock. “Even with the absence of a robust reporting and monitoring system, at least 59 cases have been reported since April,” said Sudarshan. “The parents are conducting the marriages in a hush-hush manner and early in the morning to escape the scrutiny of the police. The families are rushing to get young girls married as the wedding during Covid-19 works out to be cheaper, with fewer guests and less dowry.”

Said Parashu: “Some parents are going to Kerala and far-off places to get their minor children married. The parents ask their minor daughters not to wear the mangalasutra and toe ring to keep the marriage a secret. The minor girls live with their husbands though the law forbids them from doing so, till they turn 18.”

Two years ago, Smriti, a 15-year-old in H.D. Kote, got married to 27-year-old Ravi; her mother, a cancer patient, had put pressure on her. Smriti was sexually assaulted by her brother-in-law, but found no support from her in-laws or husband. Then, during the lockdown, her brother-in-law got engaged to her younger sister Sharana, 15. Child marriage prevention officers intervened and counselled the families. But Smriti was kicked out regardless. She refused to go back to her parents and was referred to Odanadi by the district Child Welfare Committee. She has now enrolled for a pre-university course.

“I wanted to marry off both my daughters early as I am unwell,” said Sarojamma. “We married off the elder daughter as we found a good match. We wanted to get the younger one married during the lockdown, but the officers prevented it.”

Those who uphold the law are not always welcome. For instance, anganwadi workers who have their ear to the ground run the risk of antagonising the community when they report a case. “We often take the blame for stopping these marriages as the families feel we ruined a good alliance,” said Rajeshwari (name changed), an anganwadi worker in Hunsur taluk. “Many people curse us and some threaten us. With the lockdown, we see parents toiling hard for a living and adolescent girls getting addicted to mobile phones, chatting with boys and strangers. Parents are anxious and fear their daughters might elope or end up pregnant as there is no adult in the family to monitor them during the day. We empathise with the families as they are in financial distress and want to get their daughter settled. But child marriages need to be prevented as early marriage and motherhood can be a burden and very traumatic for the young girl.”

While activists complain that the police file few charge-sheets, the latter complain of political pressure. “The local politicians always interfere in these cases and want us to let the erring families go scot-free,” said an investigating officer. “We file FIRs, arrest the groom under the POCSO Act, and get the medical examination done before filing the charge-sheet. But the girl refutes her earlier statement (of being married) before the magistrate as she is tutored. In many cases, the newly married couple goes underground and becomes untraceable. The entire village turns hostile towards officers trying to prevent child marriages.”

Pradeep, a part of Odanadi’s rescue team, said many parents even “produce fabricated school-leaving certificates to prove that the girl is a major”.

Activists say that child marriages cannot be prevented with stringent laws alone; the social structure in rural society still considers a girl child an “economic burden”, who should be married off once she attains puberty to avoid future embarrassment from possible affairs, elopement and pregnancies.

“In the pre-child marriage counselling, the families are asked to sign a disclosure stating they will refrain from conducting the marriage till the girl turns 18,” said Sudarshan. “But poor follow-ups and monitoring allow families to perform the wedding stealthily. In the post-child marriage cases, the girl will be prevented from going to her marital home till she turns 18.”

State Primary and Secondary Education Minister S. Suresh Kumar admitted that there has been a rise in the number of child marriages and child labour because of schools being shut. The Karnataka High Court, on November 6, echoed a similar concern and directed the government to decide on resuming the Vidyagama Scheme—an informal teaching programme conducted in open spaces in villages.

A division bench of Justice B.V. Nagarathna and Justice N.S. Sanjay Gowda, while observing that “extraordinary situations call for extraordinary remedies”, has directed the government to gather funds through corporate social responsibility to provide laptops, tablets and computers to students to ensure there is no break in education.

Names of all victims and relatives have been changed.