A second wave of infection may be coming 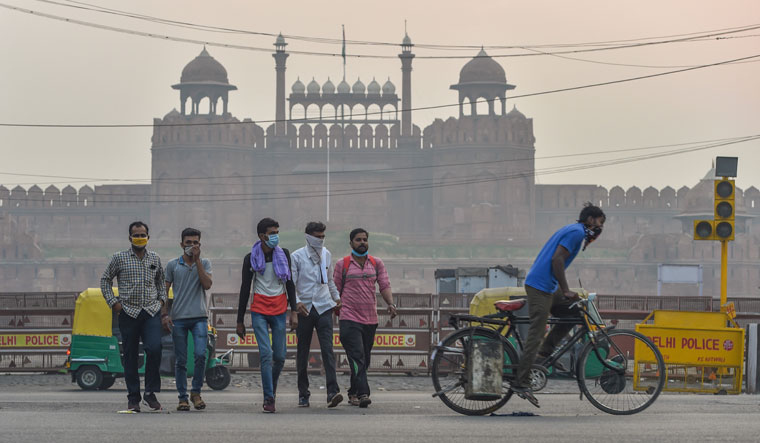 Winter is coming. The ominous phrase from Game of Thrones could well serve as a warning for pandemic times. With an average of over two lakh infections a day in Europe and a surge being reported in the US, too, there is global fear of SARS-CoV-2 striking back this winter.

Concerns abound about the second wave being more intense, given the economic compulsions of opening up, “pandemic fatigue” leading to looser adherence to precautionary measures, and the added burden of seasonal influenza.

A fortnight ago, the number of cases reported in Europe was almost three times the number during the first peak in March, according to the World Health Organization. Though the number of deaths reported is much lower than in March, more people are being hospitalised, said the global health agency. And the WHO has warned that many cities will reach their intensive care-bed capacity in the coming weeks.

India, too, is getting the chills. For a few weeks now, Health Minister Dr Harsh Vardhan has been stressing on the likelihood of higher transmission in the coming months because of festivals and winter. The minister, an ENT specialist, said that respiratory viruses are known to thrive in cold weather and low humidity. “It would not be wrong to assume that winter may see increased rates of transmission in the Indian context, too,” he said.

Doctors said that there should be more concern in India because of the upcoming festival and wedding season. “That means, from now on, people will be mingling more,” said Dr Monica Mahajan, director, internal medicine, Max super specialty hospital, Saket, Delhi. “In certain areas such as the national capital region, this is also the time when respiratory diseases rise due to air pollution caused by stubble burning in neighbouring states.”

The dry winter air leaves the airways vulnerable to infection by seasonal viruses. For instance, said Mahajan, cases of community-acquired pneumonia (acquired outside a hospital), caused by certain species of bacteria and viruses, typically rise in the winter.

However, with influenza viruses, said Mahajan, doctors are at least up against a not-so-deadly foe. “But SARS-CoV-2 spreads much faster and the death rates are higher,” she said. “Besides, influenza only affects the lungs, while Covid goes much beyond, affecting several organs such as eyes, skin, heart and kidneys, making it that much harder for us to manage.”

According to the WHO, the “co-circulation” of seasonal influenza and Covid-19 in the winter may present challenges as both diseases present many similar symptoms.

Mahajan agreed. Even though winters are restricted to certain parts of the country, for a health care provider, the worry is pan-India, she said. If the polluted air and influenza viruses are big concerns for health care systems in the north, in the south, winter monsoons and floods can lead to a rise in water-borne diseases, besides the seasonal outbreaks of dengue and malaria. “With Covid, a double whammy of sorts awaits us,” she said. “Co-infections—such as Covid and dengue in the same patient—and secondary infections are already a serious concern, and the coming months may only escalate these issues.” 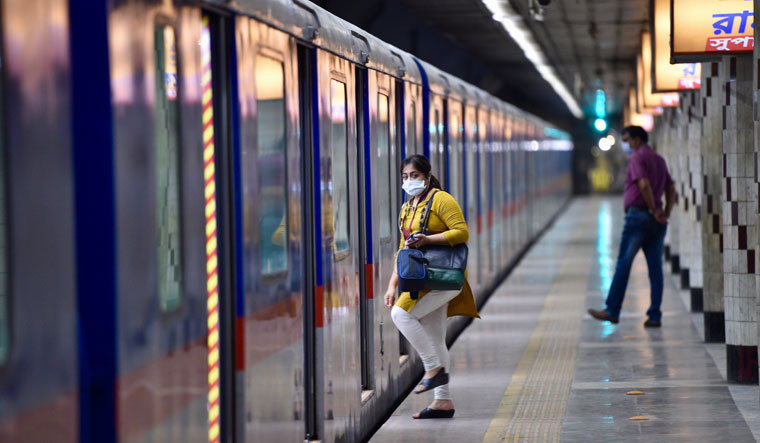 Watch your step: India has reopened several metro services, including this one in Kolkata | Salil Bera

Public health experts, though, are less convinced about the winter-Covid-19 link. Dr Jayaprakash Muliyil, former principal and head of department, community health, Christian Medical College Vellore, said that Indian winters were unlike those in the developed world. “In India, winters are much milder, even in the north, where the winters do not mean freezing weather. Besides, we do not have central heating systems in our homes like they do.”

Winters would also mean that more people stay indoors, and hence, transmission rates could actually come down, added the veteran epidemiologist. And theories about higher transmission and the droplet size being larger in winters were not confirmed, he said. “It is hard to say how the virus will behave in winter. What we do know is that, by and large, Covid is a mild respiratory disease for the youth, and it affects the elderly more seriously,” he said. “So, of course, we need to protect them.”

Explaining the flu epidemic in developed countries with extreme winters, Muliyil said that their populations did not get enough sun in the winters, leading to a drop in vitamin D levels. Various studies have confirmed that vitamin D protects from respiratory infections. “For Indians, winter sun is not an issue. Hence, the flu vaccine is recommended only for the elderly,” he said.

However, the possibility of a similar wave cannot be ruled out in India, said Dr T. Jacob John, former head of the Indian Council of Medical Research’s Centre for Advanced Research in Virology. “No country has experienced Covid in winter, yet,” he said. “In India, the first peak seems to have come at a time of about 15 per cent herd immunity, leaving the rest uninfected. With the government having relaxed restrictions and people growing tired of following precautions, there is a likelihood of a second wave. Waves are a property of pandemics of respiratory, transmitted infections.” The Spanish flu of 1918, for example, had two or three waves globally.

Though indoor crowding can increase the spread, by the time winter sets in in Indian cities, a large proportion of the population would already have been infected, and the speed would not be furious, said John. Protecting senior citizens and those with comorbidities, however, should be prioritised, he added. “Hand hygiene will require the use of approved sanitisers, since washing with water may not be popular during the winters,” he said.

John is also worried that, if a second wave does arrive in India and restrictions are put in place, people may not strictly adhere to them as a sense of complacency has set in. “The mortality is lower than feared, and people are no longer fearful of the epidemic,” he said.

Health ministry officials have conceded that, over the next few months, recent gains—a drop in the seven-day rolling average of new cases and deaths over the past two weeks (October 4 to 18)—could all be lost. The Union government has launched a “jan andolan” programme to ensure Covid-appropriate behaviour, but it is the compliance to these rules that will determine how high India’s second peak is.