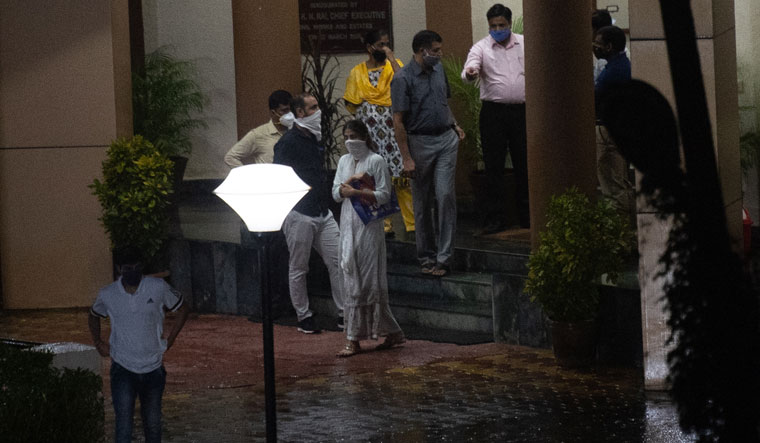 Is it a case of the pot calling the kettle black, or is the kettle really black?

States where the BJP is not in power have been alleging that the Union government is misusing the CBI. Recently, Maharashtra joined Chhattisgarh, Mizoram, Rajasthan, West Bengal and Andhra Pradesh in the list of states that have withdrawn the general consent that allows the CBI to carry out investigations in their jurisdictions. The Kerala government has warned that it could follow suit.

The question is, has the CBI really lost the trust of the state governments? Or, is this a case of relationships of mutual convenience turning sour?

In Kerala, the trouble began in September last year, when the Left Democratic Front government asked the Centre to order a CBI inquiry into an alleged scam involving Travancore Titanium Products Ltd. Corruption in constructing a pollution control plant for the public-sector company had allegedly cost the state government more than Rs60 crore. The accused included ministers in the previous, Congress-led government.

More than a year after the LDF government submitted its formal request and readied the case files for transfer to the CBI, the agency is yet to take up the case. The delay has so upset the government that the state cabinet is considering withdrawing the general consent given to the agency.

Kanam Rajendran, state secretary of the CPI, a major constituent of the ruling coalition, said the CBI was cherry-picking cases. “Despite the recommendation from the Kerala government, the Centre is not ready to hand over the Travancore corruption case to the CBI,” Rajendran told THE WEEK. “The LDF government is legally examining whether it should withdraw its general consent. This means that the state government will decide, on a case-by-case basis, whether it wants the agency to probe any case in the state.”

CPI general secretary D. Raja said the Centre was using the CBI as a political tool. “All agencies are expected to function in a politically neutral way, but the trend of misusing Central agencies has increased under the BJP rule,” he said.

The Maharashtra government has been accusing the CBI of overstepping its brief by unilaterally taking over cases that the Mumbai Police had been handling. The CBI in Maharashtra is currently handling cases related to the death of actor Sushant Singh Rajput and the alleged manipulation of television ratings by certain news networks.

CBI officers, however, say the state governments are taking an opportunistic approach that will be harmful in the long run. “It is the prerogative of the state government to give or withdraw the general consent,” said M.L. Sharma, former CBI joint director. “What is mostly seen is: when states want to assert themselves, or the state government has political disagreements with the Central government, then it exercises this right to withdraw consent. On the other hand, when states are in a tight corner, either because the local police have come under fire or because of political constraints, [they] demand that the Central agency take up the matter.”

The CBI is governed by the 1946 Delhi Special Police Establishment Act, which has specific provisions demarcating the agency’s jurisdiction, the process by which it can take over cases, and its powers to conduct inquiries. Dearth of rules may not be the issue here; it may be the trust deficit between the agency and the states that has led to the current situation.

Sources say the withdrawal of general consent by states does not mean that it is the end of the road for the CBI. The CBI could still register a first information report in Delhi or a Union territory to take over cases that have interstate connections. But only rare cases call for such measures. Another way is to seek court intervention to allow the CBI to take over cases.

Prithviraj Chavan, former Union minister who was in charge of the department of personnel and training (DoPT), under which the CBI functions, said time had come to find a permanent solution to the issues concerning the CBI’s mandate. “It is a long-pending demand to adopt a special law governing the CBI on the lines of US Federal Bureau of Investigation,” he said. “It has to be given a clear mandate to investigate only corruption-related cases and physical crimes, just like the National Investigation Agency is governed by the NIA Act to probe terrorism cases, and the Enforcement Directorate functions under the Prevention of Money Laundering Act to investigate economic corruption.”

The current crisis may not blow over anytime soon. Making matters worse is the slugfest between the Union and state governments, which is putting added pressure on the CBI. “There was a time—during the United Progressive Alliance government, and even before that the Vajpayee government—when the polity was less divided and a conciliatory approach was applied to handle such issues,” said Chavan. “But today, there is divisiveness and complete breakdown of trust between the Centre and states.”