Despite a thaw in India-Pak relations, the road to peace is full of uncertainty 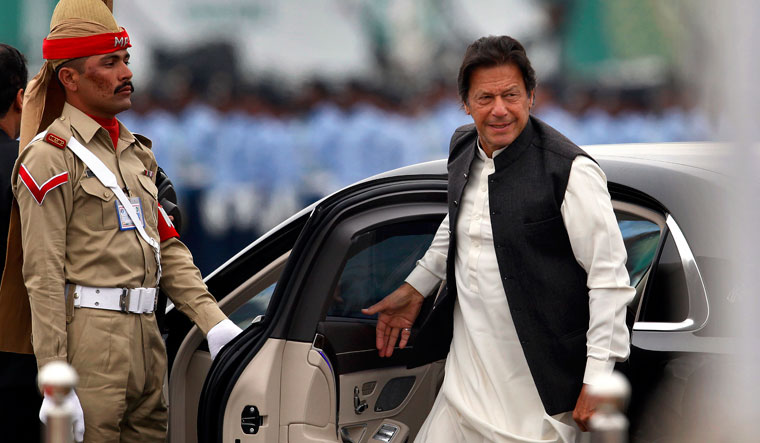 Nothing speaks louder than silence in the India-Pakistan relationship. In February, the two countries surprised the world by having their armies issue a joint statement. The “free, frank and cordial atmosphere” that resulted in ceasefire along the Line of Control and “all other sectors’’ has kept the border quiet. But there is more to the silence than just the absence of gunfire.

On March 31, Pakistan’s Economic Coordination Committee (ECC), under the newly appointed Finance Minister Hammad Azhar, recommended that the ban on importing sugar and cotton from India, in place for nearly two years, be lifted. The recommendation gave the whiff of something that has long been elusive: normalisation of ties.

The expectations barely lasted 24 hours. A cabinet meeting chaired by Prime Minister Imran Khan decided not to begin trade until India reinstated Jammu and Kashmir’s special status. “It is a setback,” said Raoof Hasan, special assistant to Imran Khan and head of the Regional Peace Institute in Islamabad. “But, a subcommittee has been formed to look into the matter. I am an eternal optimist and I see an opportunity in the formation of the subcommittee.”

Khan’s decision came at a time when tensions were diffused on both sides of the LoC. Khan and Prime Minister Narendra Modi had written to each other expressing hope for better relations. Modi even tweeted wishing a speedy recovery to Khan after he contracted Covid-19. Pakistan’s tent-pegging team got visas to visit Delhi and the Indus commissioners met in March after two years. The same month, Pakistan army chief Gen Qamar Javed Bajwa waved a white flag at the Islamabad Security Dialogue, asking India to “bury the past and move forward”.

Things had moved to a point when there was speculation that Foreign Ministers S. Jaishankar and S.M. Qureshi would meet on the sidelines of the Heart of Asia conference in Dushanbe in Tajikistan. “What clearly happened was that the select committee chose to make a decision without building consensus in the cabinet,” said T.C.A. Raghavan, former high commissioner to Pakistan. “The more structural issue will be how to back out from it.”

Playing hardball on Kashmir might give Khan domestic advantages. His position has become stronger since the collapse of the Pakistan Democratic Movement. “He is playing to the right-of-centre civilian audience as well as to the hardline elements in the army,” said Rana Banerji, former special secretary at the cabinet secretariat.

The road to better relations remains tough. “When it comes to India and Pakistan, there is virtually no low-hanging fruit,” said Hasan. “We only have serious issues. You have terror and we have Kashmir. I don’t know how much we can work around terror and Kashmir.”

But, despite the trade-related setback, there is a perceptible change in the mood in Islamabad and Delhi. “The reduction in tensions, the optical signalling, is a good thing,” said Raghavan.

Some silences have been speaking volumes. Though the two foreign ministers did not meet in Dushanbe, India chose not to use the forum to raise the issue of cross-border terrorism. “I was listening carefully,” Qureshi later told a journalist. “[Jaishankar] didn’t mention anything negative about Pakistan. Modi’s letter to Imran Khan, and India not slamming or blaming Pakistan at the Heart of Asia summit—I would consider these as a positive move.”

The signals, however, could not have come without sustained interactions. The ceasefire between the two armies came a day before the second anniversary of the Balakot strikes. It suggested contact between the two countries. This was first hinted at by Moeed Yusuf, special assistant to Imran Khan on national security and strategic policy planning, but India later denied it.

Despite India maintaining that the ties remain strictly bilateral, there were reports that a deal was brokered by the UAE with blessings from US President Joe Biden, an old Pakistan hand. Biden would find the situation helpful, especially as he is desperate to work out a peace deal in Afghanistan that is more substantial than what his predecessor had negotiated.

Lasting peace, however, is a long way off. The restoration of high commissioners in both countries was widely speculated as the next logical step in the process, but it might not happen soon. Though a beginning has been made, each step forward is “fraught” with uncertainties, say experts. “I think there will be an inching forward [in relations],” said Raghavan. “I see efforts to work in the field of health; maybe vaccines.”