India has no answer for China’s creeping annexation 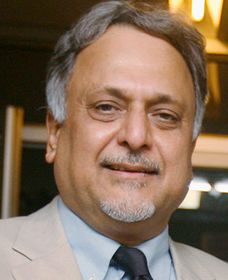 For China, the unarmed skirmishes on the disputed border with India do not merit notice. The May 26-28 meeting of the Chinese People’s Political Consultative Conference ignored them. But the Ladakh confrontation is a muddled preoccupation of the Indian government with no clarity about what happened, how many People’s Liberation Army (PLA) troops violated the 2005 Line of Actual Control (LAC), and the extent of territory illegally occupied by them.

According to former northern Army commander Lt Gen H.S. Panag, there is ingress by a brigade-sized PLA force in the Galwan River valley and in the Pangong Lake area, and occupation of some 60sqkm of Indian territory. If one adds the 640sqkm—which former foreign secretary Shyam Saran says India had lost up until 2013, and which may have doubled by now—the total territory ceded to China without a fight may exceed 1,300sqkm!

The astonishing thing is that these developments surprised the Indian government and the Indian Army. Why this should be so is a mystery, considering there was satellite imagery and that Chinese President Xi Jinping objected to the Indian infrastructure construction—never mind that it is a matching but less dense build-up on the Indian side—in his discussions with Prime Minister Narendra Modi at the Mamallapuram Summit on October 11 and 12, 2019. Of particular concern to China is the all-weather road connecting Daulat Beg Oldi and Durbuk with Depsang, inclusive of the bridge over the Shyok river, to ease the strain of maintaining the Indian military’s presence on the Siachen glacier. Delhi had six months to prepare for an adverse reaction and to pre-emptively establish forward Indian military posts in the areas the PLA has now advanced into before the summer patrolling season began in April. It should have moved some long-range artillery, even if with an inadequate supply of shells, to put down stakes and show intent. But beating China to the punch is not India’s forte.

The passive-reactive Indian government banks on diplomacy to restore the status quo ante that the Army, lacking the offensive will, wherewithal and endurance, is unable to deliver. This condition is a boon to the Xi regime, which can withdraw the PLA or not in this or that instance as it suits Beijing’s political purpose, while inexorably pushing the LAC India-wards. At each turn then, Delhi is presented with new territorial faits accomplis, reinforcing China’s policy of creeping annexation of Indian territory. The prerequisite for such policy is an undefined border. To keep it so, but to make it easier for Delhi to swallow the incremental territorial losses, Beijing promises more productive talks—the next round will be the 22nd in the series—between the special representatives to exchange maps and resolve the dispute. The Indian government will again fall for it, hail it as a great diplomatic achievement. The excitement will abate until next summer when evidence of new encroachments will trigger armed face-offs along the LAC, and this unvirtuous cycle will repeat itself until China realises all its claims.

Karnad is emeritus professor at the Centre for Policy Research and author, most recently, of Staggering Forward: Narendra Modi and India’s Global Ambition.