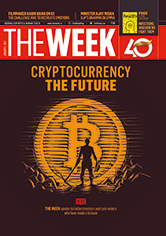 Many young people believe they can make a lot of money with crypto, which is necessarily not correct (‘Codes of change’, January 2). Trading in cryptocurrencies is risky, so only those who comprehend the market well should invest in them. You cannot blame the government if it hesitates to accept such forms of digital payment. It is important to become knowledgeable about cryptos, and only then invest in them.

I do not think cryptocurrency is as big as what some people imagine it to be. Let us not read too much into cryptos. I have grave reservations about the future of cryptocurrency.

Yes, digital wallets are the future; most of us have got used to it by now. But why the dire need to trade in digital coins secured by encryption?

Also, I feel cryptocurrency is above one’s head and is based on a decentralised system, which is quite risky. Young people should distance themselves from such capricious digital payment systems, and go for electronic form of money supported by a centralised authority.

Caste is king in Uttar Pradesh, unfortunately (‘Caste, a spell’, January 2). Ahead of the assembly polls, every government in UP sets caste equations right.

Such is the situation in states like UP and Bihar that even if Union Minister Ajay Misra’s image takes a further beating, he will continue to win elections, thanks to the full support he gets from supporters and people of his caste.

The anniversary special double issue of THE WEEK was a literary feast with articles of absorbing interest. The mirage of opposition parties to fight the BJP, with the Congress as the weakest link in the chain, has been vividly expressed by Soni Mishra. The article on blooming roses in Bengaluru, the silicon valley of south India, was eye-catching.

The cover story on the architects of India, who ushered in significant transformation, spelt out their contributions. Vikram Sarabhai’s endearing effort in establishing a rocket launching station in Thumba was a significant achievement.

The contributions of Dhirubhai Ambani, as narrated by his son Mukesh Ambani, was inspiring.

Kudos to THE WEEK that has taken significant strides to be acclaimed as the “country’s largest selling English newsweekly”, certified by the Audit Bureau of Circulation, as proudly declared by editor Philip Mathew in his address to readers.

The photo-feature on libraries was excellent (‘#Libraries are essential’, December 26). It was soothing to know that a few libraries in India are well-attended and well-run. History can be re-written, but not a book. Books are our national treasure and their value is immeasurable. Libraries are tranquil, and as they say all professions are born in libraries.

Both the issues of the anniversary issue were a rare treat. Honestly speaking, one feels like preserving and treasuring these issues.THE WEEK should continue its good work in 2022.

THE WEEK, over the years, has published many articles on the Bangladesh war and our great hero Field Marshal Sam Manekshaw. However, it is painful to note that there was no mention of Lieutenant General [J.F.R.] Jacob in your cover story on Manekshaw and 50 years after the Bangladesh war (‘Shades of Sam’, December 12). Actually, Jacob was the person responsible for making [Pakistan lieutenant general] A.A.K. Niazi sign the instrument of surrender.

I consider this a criminal mistake on your part. If possible, please publish a small article about Jacob.

I have been a regular reader of THE WEEK for more than two decades and have seen it grow and blossom over the years.

You have, no doubt, invited great columnists to write for you. I find your rotational policy quite reasonable.

But I have a suggestion. Could you consider historian Ramachandra Guha as your columnist? I find Guha’s stand balanced, with no tilt to the left or the right, just like THE WEEK.

Anecdotes from the editor

I wish everyone at THE WEEK a fabulous 2022. My humble greetings to Editor Philip Mathew. I look forward to reading more anecdotes from him that will keep me engaged through the year.

By withdrawing farm laws in haste Narendra Modi has shown that he is as vulnerable and weak as we are (Forthwrite’, December 26). Now there is no way these laws can be brought back. Modi, henceforth, is going to be vulnarable to a cogent protest movement. It is a fact that Modi’s unusual stand has stunned both his loyal supporters and adversaries. This is a shot in the arm for the opposition.

The inquiry into the Mi-17V5 crash should be thorough and cover all possibilities (‘Black box and beyond’, December 26). It is difficult to believe that weather was the spoiler. The pilot would have been given instructions much in advance. It is difficult to digest that Bipin Rawat is no longer with us. It is a great loss for our nation.