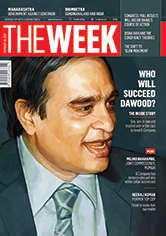 I am happy to know that the notorious Dawood Ibrahim is not in good shape. He has caused extensive damage to India, and should never be forgiven. The government should do everything possible to capture Dawood (‘D Company looks for a new CEO’, February 28).

Ajit Doval and other sleuths should look at ways to bring Dawood to India. I am sure the Union government is keeping track of Dawood round the clock. Pakistan will continue to deny that he is on its soil. But, who is going to believe them!

Also, it is better to break Dawood’s so-called empire, in India and elsewhere. Why should his family thrive? Dawood should be caught before he dies a natural death, come what may.

The desperate attempts by the vast network of intelligence agencies to nab Dawood spoke volumes about the support extended to the man by terror outfits nurtured in foreign soil. It is baffling to know that criminal enterprises, sponsored by a terrorist, are being transformed into white-collar organisations, and selection of managerial candidates are afoot for the D Company.

I am sad that THE WEEK covered the succession plans of Dawood. You should have, at best, featured it as a short news story. Why waste 14 pages on it? Let national agencies handle it.

I cannot understand the logic behind dedicating 14 pages of THE WEEK (of 74 pages, making it around 20 per cent of your magazine) to a confirmed criminal and a proclaimed offender, who is considered a national enemy.

Are our agencies any worse than their US counterparts who could eliminate Osama bin Laden at a place as far away as Pakistan?

I found it funny when Sitaram Yechury said West Bengal will witness a triangular fight (‘Point blank’, February 28). He knows well that is not the case, then why should he crack such a joke?

The CPI(M) is in a miserable position in that state, and it is to be blamed for that. The party had absolute control of West Bengal since the 1970s, but it neglected development and the state at large. Now it is too late.

Suggestions in Power Point (February 28) were made against the background of the prime minister’s statement that the government has no business to be in business. If the suggestions are carried to their logical conclusion, it would go a long way towards cleansing the states of ‘non-performing assets’.

I agree with Tariq Anwar that when Rahul Gandhi starts campaigning in Kerala, it will have a big impact (‘Factionalism will not affect candidate selection’, February 28). Winnability, popularity and a good image are the criteria on the basis of which candidates are selected.

Also, Kerala badly needs a bold, frank and straightforward leader like K. Sudhakaran as chief minister, if the Congress-led alliance wins the election in the state.

Scant regard for traffic rules is the most common reason for major road accidents (‘Awake and alert’, February 28).

The lack of maintenance, and shoddy construction of roads exacerbate matters. Potholes have become death-traps. Often trenches are excavated for utility lines, without proper barricades or warning tapes.

Just as Rome was not built in a day, let everyone work towards reducing the number of road accidents in India by obeying traffic rules, and let the government stay the course by building quality roads and carrying out timely road maintenance works.

Anuja Chauhan’s ‘In the beard, we trust!’ (February 21) was thought-provoking.

For a person who follows the principle of William Cowper, I am monarch of all I survey, my right there is none to dispute… sporting a Rasputin beard exemplifies the saying—I have a beard, therefore I make the rules. The sanctified, omnipresent, omnipotent and the perennially electioneering monarch should unquestionably be trusted. Or else be sure to be booked for treason and sedition.

The article ‘Poster boy’ (February 21) was inspiring and motivating for a budding artist like me. I was hopeful after reading the story, and it brought a smile on my face.

Hats off to THE WEEK for encouraging such quirky talents in your publication.

Not the story of India

Swara Bhasker writes with a flow of a rivulet meandering through a valley, and I like it (‘Bitter chocolate’, January 17).