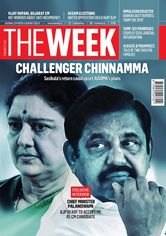 With around two months to go for elections in Tamil Nadu, V.K. Sasikala’s return will have no bearing on the AIADMK’s plans. The party, under Edappadi K. Palaniswami and O. Panneerselvam, is on a strong footing; add to that the constant support it gets from the BJP-led Central government (‘Back to the battlefield’, February 21).

Time will tell whether it was right on the part of the AIADMK to have given the BJP a prominent space in Tamil Nadu, and who among the two will emerge the bigger winner in May 2021 when the results are announced?

I feel the DMK has lost its chance, with the rebellion by M.K. Alagiri. Stalin, with his share of problems, has lost the perception battle. If a DMK-led alliance does not form the government in Tamil Nadu this time, it is bound to lose its relevance in the state.

The dramatic return of Sasikala, with added vigour and determination, to take control of the AIADMK and the government of Tamil Nadu, enlivens the spirit of M.G. Ramachandran. Sasikala was Jayalalithaa’s confidante for more than 30 years.

With corruption cases and the Kallar-Thevar on one side, and the Gounders on the other, it remains to be seem which side will emerge victorious.

Sasikala received an unpleasant welcome, with the top leadership of the AIADMK avoiding her. With Sasikala’s presence in Tamil Nadu, there will be more drama in the coming days.

Though there is no disunity in the AIADMK, the rift among the followers were explicitly demonstrated during Sasikala’s homecoming.

The return of Sasikala is going to be tough for the AIADMK government. The party’s future is hanging in the balance as we speak. These are interesting times in Tamil Nadu.

I agree with Meenakshi Lekhi that India has performed well on the Covid-19 front (‘Forthwrite’, February 21). Many predicted that we will face a disaster in early 2021. But that was not to be.

We were one of the first few countries to have opened our economy, and the results are showing. It is time the world followed us, and focused on economy than the pandemic.

As an Indian, I beam with joy every time I read or hear that India is sending vaccines to so many countries.

With Vijay Rupani at the helm of affairs in Gujarat for the last four years, the state has seen development across all sectors (‘No alternative to BJP when it comes to development’, February 21). As far as pandemic management is concerned, Rupani has worked hard to manage the situation in Gujarat, emulating states which found success in containing the pandemic.

No chief minister is ‘chief’ till the time people give their mandate in his or her favour, and in the assembly elections in 2022, Rupani will taste this reality.

We have to be extra cautious with nature so as to avoid natural calamities (‘Rogue rock and a deluge’, February 21).The climatic changes are the root cause of the recent floods in Uttarakhand, which have made us cut a sorry figure.

It is time to be serious about the ecological balance and take care of our rivers and hills. The ecological knowledge of the natives of a particular place can always act as a lighthouse.

I must also say that constant logging of trees is hazardous.

Irrespective of the legally adopted position, same sex marriage is against nature and biological principles (‘Right to wed’, February 21). During the course of evolution, sexual reproductive processes in animals have become more and more specialised and complex.

Same sex marriage does not culminate in reproduction and, hence, does not serve the basic purpose for which marriage is established. Same sex marriage may be recognised as falling within the purview of individual freedom to choose one’s life partner, but it does not conform to the natural law and hence serves only to satiate mere animal instinct in couples.

Any legal provision for sexual union, which does not culminate in reproduction, is sexual perversion.

It was rather amusing, much less detestable, to find Anuja Chauhan’s crude way of insinuating a leader by referring to his beard, forgetting the hard fact that the vast concourse of bearded agitators were not amenable to reasonable discussion to sort out the issue amicably and were hell-bent on outright repeal of the farm laws.

Commenting on personal appearance and traits of leaders, instead of their policies and performance, is to be avoided (‘In the beard, we trust!’, February 21).

There was a lot of expectation from Priyanka Chopra’s memoir, Unfinished. People thought that Chopra would name and shame a few stars and filmmakers in Bollywood.

Juicy titbits will help her sell a few more copies, but I knew that a wise actor like Chopra will never do that. It is better to stay in everyone’s good books, as long as one remains in the field.