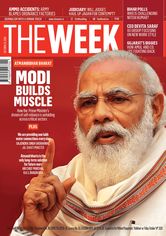 It is always good if a country becomes self-reliant, as that would increase its stature and position among other countries. India should strive to become self-reliant across different sectors, and clear all obstacles that are stopping it from achieving this (‘Pain and gain’, October 25).

First and foremost, we should reduce dependence on cheaper Chinese imports. Also, I feel the recent agricultural reforms are a game-changer. And, a strong manufacturing sector is critical for a country like India.

Atmanirbhar Bharat will become a major setback for the Chinese in the days to come. It is time to show the Chinese and the world at large what India is capable of. Be it defence, agriculture or textiles sectors, we can witness a slow change everywhere, thanks to schemes like Make In India. I see a promising future for a better India.

Achieving self-reliance is not a short-distance sprint but a marathon of a lifetime. However, the seed bespeaks the sturdiness of the tree. Atmanirbhar Bharat is an ambitious grand vision that may need some deviations on the go, as dictated by ground realities.

The fading trust of the Army in ordnance factories should not be taken lightly (‘Unfriendly fire’, October 25). The ordnance factory board (OFB) should evaluate their customer’s perception (in this case, the Army) and should aim for zero defect in supplies. The revelation of 400 accidents in the past six years, resulting in 27 deaths and 159 injuries, compounded by a loss of 0960 crore, is highly provoking.

There should not be any uncertainty in the minds of our soldiers when they face the enemy.

No doubt, privatisation would push OFD to compete and perform. Though the defence sector was opened to private players in 2001, complex policies and procedures did not help matters. I remember an MD of a public sector firm telling me that the private sector will not be able to supply spares at the prices quoted by the public sector.

The Enforcement Directorate is India’s number one agency for anti-money laundering operations (‘Right on the money’, October 18). The attachment of ill-gotten wealth of high-profile fraudsters is only the tip of the iceberg. Most of them are safe and sound, and are living lavishly in countries of their choice, under legal safeguards. Even if they are arrested, they will land in five-star hospitals and will develop sudden health issues and delay court proceedings.

The operations of the ED are breaking news for only a couple of days and millionaire criminals engage the best of legal brains to wriggle out, due to lack of clinching evidence.

They know well how to make use of their precious dirty money, which speaks many a language.

Strange are the ways of our jurisprudence. Even after a prolonged trial, the court could not fix the onus for the wanton outrage in broad daylight that the whole world witnessed on television channels on December 6, 1992 (‘Ripples of the ruling’, October 11).

Leaders like L.K. Advani were against taking law into their hands, and I thought the conspiracy theory did not hold water from the beginning. The photographs of the demolition showed the faces of the ‘kar sevaks’ who committed the offence, but the prosecuting agencies could not muster admissible proof in this regard.

Now, if the prosecution wants to challenge the verdict, it should compel organisations like the Shiv Sena, which took credit for the demolition, to name the culprits involved in the dastardly act.

Comrade with a heart

It was with great interest and a sense of pride that I read the article on Suhasini, India’s first woman comrade (‘Forgotten firebrand’, October 18).

We were fortunate to have been associated with Suhasini aunty and her siblings Mrinalini (who was the principal of Lahore College), and Harindranath Chattopadhyay, the poet.

We were members of the New Work Centre for Women, Khar, which aunty started in 1954. The centre itself was a dynamic idea at the time, as aunty wanted women to explore avenues beyond their homes that would teach them new skills, and allow them to work with women from all parts of the country, and in the process do something for the larger good.

Amongst the many things that the centre initiated was the Abdul Hamid Scholarship Fund (after the 1965 Chinese aggression) for the benefit of the children of the jawans killed in action. The scholarship still continues, even 50 years after aunty passed away. That is amongst the many legacies that she has left behind.