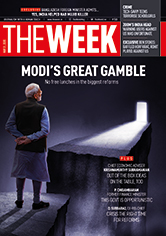 The Centre’s economic package will help restart the economy (‘Selective treatment’, May 31). Both the state and the Central governments were already under immense fiscal stress, and this was the right thing to do.

India is showing initial signs of emerging from a slowdown. But the workers’ livelihood crisis will persist for some more time, and one cannot expect instant solution there.

In India, 020 lakh crore is big. But this has to be used primarily to help those at the receiving end of the lockdown. The money should be there in the hands of the people, and not in the air.

The migrant labourers suffered the most during the lockdown, followed by people who did various menial jobs for survival. At least 50 per cent of the benefits of the economic package should go to such people—directly or indirectly.

Your cover story helped in diluting the general feeling that the economic package was a case of ‘too little; too late’. The concept ‘there are no free lunches’ is stamped all over the package, including on the enhanced borrowing limits of states. The ham-handed manner in which the migrant crisis was—and is being—handled by the Centre is inexcusable.

I agree with D. Subbarao that a crisis is the right time to make a commitment to reforms. The Central government did the right thing by announcing the economic stimulus package. The government claims that the package is 10 per cent of the GDP, but much of it, I suppose, is already injected.

Mobility of migrants requires a carefully considered framework and it should be constantly overseen by the Central government. All migrants should be given fixed cash when they are unemployed. The same applies to other weaker sections of society. Nobody should suffer during the lockdown.

The decision of the Army to introduce the Tour of Duty scheme is a welcome move (‘Three-year hitch’, May 31). While the intention here has to be appreciated, there are bound to be problems.

While the short stint in the Army may inculcate a sense of discipline among the inductees, most of them may see it as a stepping stone to other lucrative positions and may not take their job seriously.

Some may demand extension of Canteen Stores Department, which offers items at concessional rates. In the normal course, a person undergoes two years of rigorous training before being commissioned into the Army. In the proposed move, the training period is only six months. This may lead to two types of commissioned officers within the force, leading to internal rivalries. The ‘Tour of Duty’ officers also may try to dodge postings in difficult centres. I hope these issues are addressed before the scheme is launched!

During my younger days, I had a dream to join the military as a commissioned officer. But, back then, the forces were not as keen as they are now in inducting new faces, and the vacancies were not properly advertised as they are done now. So, I ended up in the banking sector. Though I did not lose much, I hope young people today will take full advantage of the Army’s latest move, and, with that exposure, will excel in their second assignment.

A stint in the Army will bring in discipline, confidence, teamwork and a sense of patriotism in young people. This is a right move. Many countries in the world are already following such a system. Once they leave the Army, these young people will get so many benefits. I am 40 now. How I wish the government had brought this scheme a decade earlier.

I felt sad to see the plight of saddle horses during the lockdown (‘Starving steeds’, May 31). Whether it is stray dogs, cows or horses, they are all suffering today.

Hats off to organisations like the People for Animals that are feeding these horses and keeping them alive. It is true that the lives of humans matter more than animals. But we should never shy away from feeding animals in our vicinity after we make sure that humans are fed.

The Bois Locker Room is a sheer disgrace and I blame the parents of these boys for not inculcating the right values in their sons (‘Virtual, vile’, May 31). Men fantasise about women, and women fantasise about men. That is all perfectly fine. But none of us should demean ourselves to such extent.

Last Word by Shashi Tharoor (May 31) was a stark reminder that all of us owe a deep gratitude to the fisherfolk, who are in distress during the lockdown. This community has rendered yeoman services time and again. We cannot thank them enough.