Enola Holmes 2 brings in activism, too 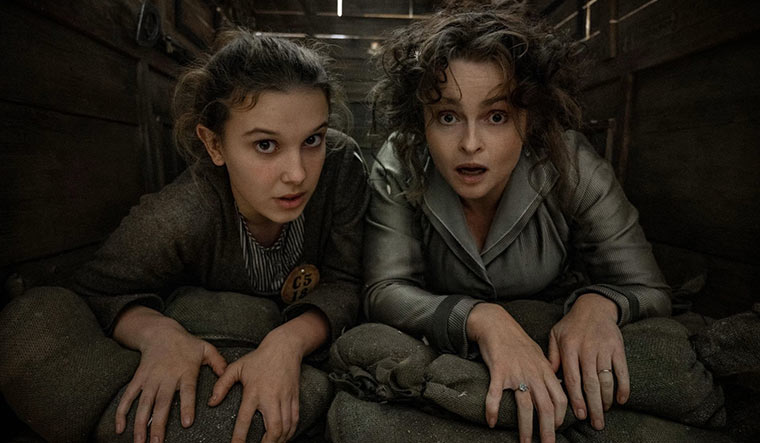 As Eliot bred “lilacs out of the dead land”, writers do summon gripping stories from the misery of Victorian London. Dickens did so with Oliver Twist (1838). Anna Sewell with Black Beauty (1877). While there are many more, let us hang our hat for now on Arthur Conan Doyle and the Sherlock Holmes universe (1887 onwards). In Enola Homes 2, Harry Bradbeer and Jack Thorne peg their story on the matchgirls’ strike of 1888, the first industrial action by women for women. The strike has an India connection, too, but more about that later.

The movie is an engaging watch. While the sleuthing is par for the course for anything with the Holmes surname, it is the social consciousness that makes Enola’s (Millie Bobby Brown) universe different from her brother’s. But even that is not so much of a surprise this time, because ‘Mama’ Eudoria Holmes’s (Helena Bonham Carter) credentials as an activist were clear in the 2020 movie.

And, for Enola, the activism is not something that she does for others, but for herself as well. So in this edition, she sets up her own detective agency and almost fails. But she is not open to being part of Holmes & Holmes, an offer made by her brother (Henry Cavill). She turns up at a ball in a gown cut to last year’s fashion, but realises the benefits of learning to waltz. She loves Tewkesbury (Louis Partridge), but knows that she does not want to be a typical marchioness of Basilwether. She is on a journey to find herself and takes the viewer, Sherlock and Tewkesbury along.

There are strong women characters throughout. Sarah Chapman (Hannah Dodd), the girl who goes missing from the match factory. Her sister, the little Bessie (Serrana Su-Ling Bliss), who hires Enola to find her. The loyal friend Mae (Abbie Hern). Eudoria, of course, and Edith (Susan Wokoma). Then there is the mystery woman (Sharon Duncan-Brewster). And the many matchgirls who walk out in strike.

Of course, an awakening Sherlock is a surprise, too. (You know that he had eyes only for Irene Adler, don’t you?) Another surprise is the artful introduction of Moriarty. The introduction of Dr John H. Watson was better in Doyle’s original universe (the lab scene). But, casting Himesh Patel as the famous sidekick was quite the surprise, no doubt.

The most famous matchgirl story of all time is Hans Christian Andersen’s The Little Match Girl (1845). Enola Holmes 2 is no fairy tale, though it has flashes of one. It is a whodunit, but not in the typical Holmesian sense. It has got action, but not enough to drown the rest. It is woke in keeping with the times. This combination makes it a good watch and puts it on the road to a possible franchise.

The matchgirls’ strike in July 1888 was triggered by an article written by Annie Besant in her weekly paper, The Link, on June 23. The leader of the strike was Sarah Chapman, as in the movie. Besant was involved throughout the strike and met employers to secure fair terms for women workers. In India, she was famous for the Home Rule movement, the Theosophical Society and her presidency of the Indian National Congress. The Fabian Society in London, too, backed the strike fully. Arguably, the most famous Fabian in India was the first prime minister, Jawaharlal Nehru.