The McRaker: Don't Look Up cements Adam McKay's status as a chronicler of American idiocy 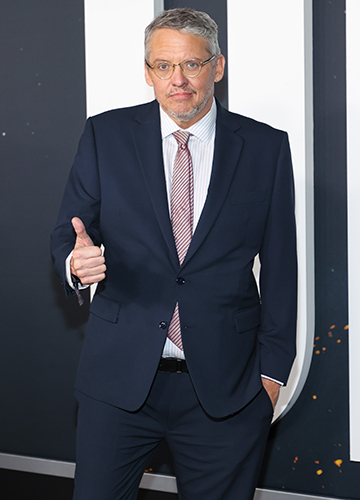 In 2006, around the time president George W. Bush was thanking his generals for “snatching the defeat out of the jaws of those who are trying to defeat us in Iraq”, Adam McKay received a surprise call from Michael Moore. McKay was then 36, having just released his second film as director, Talladega Nights: The Ballad of Ricky Bobby, which had an adorable, Bush-like character in the central role. Moore, whose anti-Bush political documentary Fahrenheit 9/11 had become a phenomenal success two years earlier, was at the peak of his fame as a left-wing icon.

“It was the day after Talladega Nights opened,” McKay would recall years later. “Moore called me and said, ‘You son of a bitch, you just made the most subversive movie in the country, and no one knows it’.”

Talladega Nights is a seemingly infantile comedy about a race-car driver from the Bible Belt who loves to pray as much as he brawls. “Dear Lord Baby Jesus,” says the dull-witted Bobby in one scene, “or as our brothers to the south call you, Jesús—we thank you so much for this bountiful harvest of Domino’s, KFC, and the always delicious Taco Bell. I just want to take time to say thank you for my family, my two beautiful, beautiful, handsome, striking sons, Walker and Texas Ranger, or T.R. as we call him, and of course, my red-hot smoking wife, Carly, who is a stone-cold fox!”

Over the course of the film, Ricky Bobby goes through experiences that radically change his view of life. He finds out that, as a child, he had taken as his life mantra something his father had said senselessly while he was on drugs (“If you ain’t first, you are last”); he falls into depression when he loses his job to a gay Frenchman who has only contempt for America (“What have you given the world apart from George Bush, Cheerios and the Thighmaster, eh?”); his wife seduces his best friend and they decide to get married (“You are gonna get over it, and you are gonna be my best man at the wedding,” soothes the friend). All of these life-altering moments are so dipped in slapstick humour that it would be easy to overlook the references and insightful undertones while enjoying the film. Moore knew what McKay was up to; hence, the phone call.

McKay has long been an invisible force in American humour. He was the head writer of Saturday Night Live, the longest running comedy-sketch television show in the US. He is also the cofounder of the website Funny or Die, which has spawned a long list of sketches, memes and counterculture gems like Between the Ferns. An avowed democratic socialist who loves driving luxury cars, McKay also directed and produced the pilot episode of the acclaimed HBO drama Succession. To his credit, the cast of characters in Succession includes a villainous, caricaturised version of McKay’s favourite politician—Bernie Sanders.

In the one and a half decade since Talladega Nights, America has changed in various ways, and so has McKay. Almost gone is his passively aggressive, screwball-ish brand of comedy that characterised films like Anchorman and The Other Guys. The new McKay is a much darker satirist who prefers to be blunt than sharp, and more off-putting than charming—a la The Big Short and Vice. But satire is a much more respected avenue than slapstick in the city of humour, so it is only expected that McKay is now considered a ‘serious’ filmmaker worthy of the Oscars. The Big Short, for one, was a brilliant, fourth wall-breaking exposition of the 2008 subprime mortgage crisis that finally got McKay the recognition that he long deserved.

His latest, the star-studded Netflix original Don’t Look Up, is something only McKay could have done. A climate crisis parable, Don’t Look Up is about two astronomers (Jennifer Lawrence and Leonardo DiCaprio) going on a giant media tour to warn the world of an approaching comet that will completely destroy earth. To their shock, they find out that the US government—headed by a Trump-like president (Meryl Streep) and run by her son (Jonah Hill, standing in for Jared Kushner apparently)—would rather save corporate America than ordinary people.

“Part of what you do when you make movies is you try and make movies that you personally would like to see,” he said in a Netflix interview. “So I just felt like, ‘Can you do something about the climate crisis and still laugh a bunch?’ Fortunately, I came upon this idea that seemed like the perfect blend of the two.”

Don’t Look Up is far from perfect, though. If Talladega Nights was funny, and The Big Short was seriously funny, Don’t Look Up is only sporadically funny, and often seriously unfunny. Despite being an efficient vehicle for the larger message about planetary doom, the film is tiringly full of characters who are corrupt and compromised, cowardly and calculating—but all in uninteresting ways. And it has none of the easygoing charm that marked McKay’s earlier efforts, or any knockout performances that elevate the script (like Christian Bale’s turn as Dick Cheney did for Vice). Don’t Look Up serves mostly as a tediously scathing indictment of politicians, monopolists and journalists.

But then, only time can reveal the true utility of Don’t Look Up. Over the years, his work has come to embody the fighting spirit of the “muckrakers”—a derogatory label attached to a group of reformist writers in the 1900s who successfully crusaded to eradicate widespread corruption and social crises caused by big business in a rapidly industrialising America. President Theodore Roosevelt, angered by the political churn the work of the muckrakers was causing, once quoted John Bunyan in exasperation: “In The Pilgrim’s Progress, the Man with the Muck Rake is set forth as the example of him whose vision is fixed on carnal instead of spiritual things. Yet he also typifies the man who consistently refuses to see aught that is lofty, and fixes his eyes with solemn intentness only on that which is vile and debasing.”

Roosevelt nevertheless admitted that there was filth on the floor, that it must be scraped up with the muck rake. He differed with the muckrakers only on how it should be done. He wanted them to stop and look up from the floor, and fix their gaze on loftier goals.

McKay, on the other hand, would rather gleefully hold your head and rub your face on things you would otherwise completely ignore. And that is why his message—Don’t Look Up—might just work in the long run.