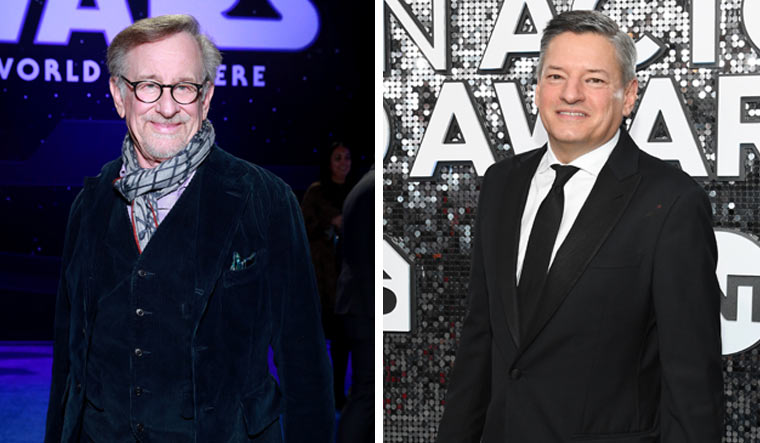 Size matters for Steven Spielberg. For 40 years, he has been filming leviathans in motion—a monster truck chasing a car (Duel, 1971); a great white shark hunting revellers (Jaws, 1975); enormous reptiles wreaking havoc (Jurassic Park, 1993); mammoth tripods invading earth (War of the Worlds, 2005); a big friendly giant saving a girl (The BFG, 2016), and so on. Even his ‘smaller’ and supposedly character-driven films—Lincoln and The Post, for instance—have titans towering over ordinary mortals.

Spielberg’s fascination with size is the reason that he came out against Netflix in 2019. The Netflix model denies filmmakers control over screen size, which auteurs like Spielberg consider unacceptable. Cinema, in their view, is a communal art form in which “people leave the safe and familiar of their lives and go to a place, sit in the company of others, and have a shared experience—cry together, laugh together, be afraid together—so that when it is over, they might feel a little less like strangers.”

At the time, Spielberg was member of the governing board of the Academy of Motion Picture Arts and Sciences, best known as the home of the Oscars. He wanted the academy to stop nominating films made for streaming platforms. “Once you commit to a television format,” he said, “you are a TV movie. If it’s a good show, you certainly deserve an Emmy, but not an Oscar.”

Like many in Hollywood, Spielberg felt that Netflix was gaming the Oscars system, which is a complex network of interest groups whose activities skew more towards politics than art. The academy, for instance, is made up of more than a dozen “branches” related to the craft of filmmaking—one branch each for actors, directors, writers, producers, cinematographers, editors, costume designers, visual effects artists, and so on. Each branch sends three members to the academy’s governing board, the apex body that effectively steers the world’s most influential film industry. 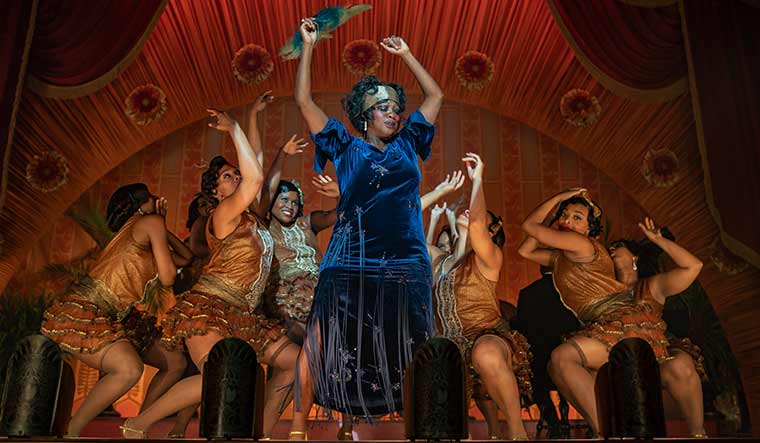 Though largely decorous, the power tussles and ego clashes within the academy—branch against branch, member against member, board against executive—would put a pork-barrelling politician to shame. Case in point: Ted Sarandos, Netflix’s co-CEO who oversees all content for the platform, has long been shut out of the board. Sarandos spends more money on movies and employs more academy members than several veteran producers combined, but when it comes to a seat at the high table, he is quite the Connecticut Yankee in King Arthur’s court.

Spielberg, close to the head of this table, fears that the Netflix model will wipe out theatres. “The greatest contribution we can make as filmmakers is to give audiences the motion-picture theatrical experience,” he said. 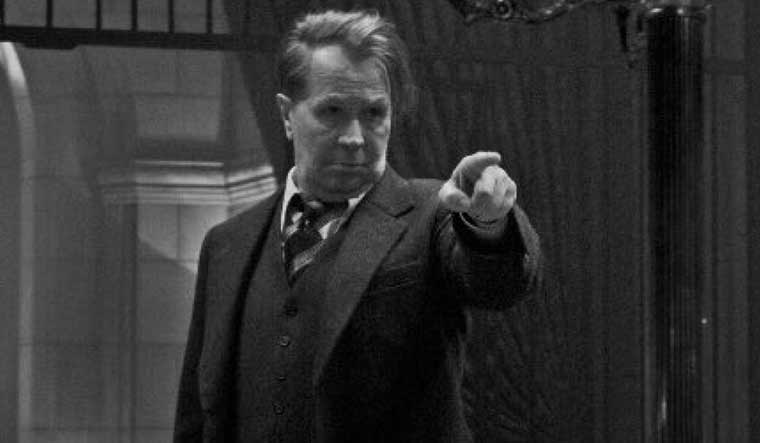 In March 2019, weeks after Netflix’s Roma had lost the Oscar race for best picture to a less well-received film that was theatrically released, Spielberg and Sarandos decided to have dinner together. Sarandos, too, is someone who appreciates size—in terms of budget, if not screen size. He spends around $20 billion a year on content for Netflix—a sum adequate to send 300 spacecraft to Mars, and several times more than what traditional Hollywood studios spend on their films. After the meeting, Spielberg issued a statement “clarifying” his position. “I want people to find their entertainment in any form or fashion that suits them,” he wrote. “Big screen, small screen—what really matters to me is a great story…. But I want the theatrical experience to remain relevant in our culture.”

A year later, as the pandemic forced theatres into hibernation and Netflix subscriptions boomed, Sarandos was elected chairman of the board of trustees of the Academy Museum of Motion Pictures. His flagship project in that position: overseeing the construction of a 3,00,000-sqft museum dedicated to the history, technology and business of filmmaking. The irony is quite delicious. Thanks to streaming platforms, changes in filmmaking are coming so thick and fast that the academy will have no shortage of additions for the museum. 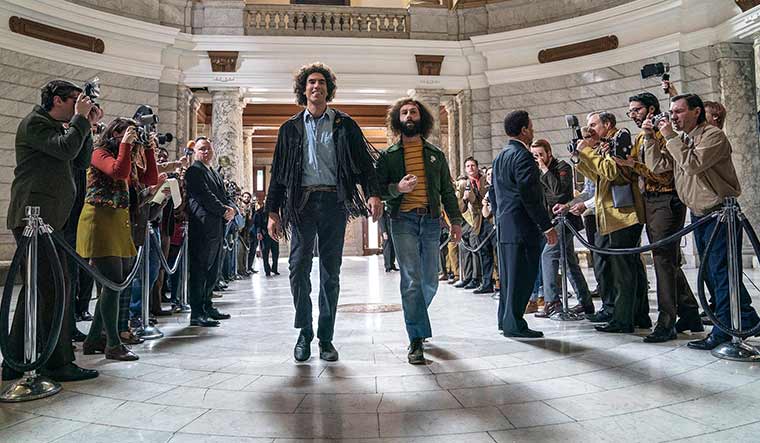 The Trial of the Chicago 7, which together received 20 Oscar nominations | Courtesy Netflix

This year’s Oscar nominations are the most visible sign of the ongoing paradigm shift in Hollywood. Artistically, the Oscars have transformed itself from a “very local” event (as a prominent South Korean director once described it) to a truly ‘international’ one. The nominations have led to a playing field that is unprecedentedly diverse and inclusive—so diverse that only one white American has been nominated for Best Director (David Fincher, Mank).

There are other remarkable firsts: A Muslim and an Asian American are up for Best Actor (Riz Ahmed and Steven Yeun); a woman of colour has been nominated for Best Director (Chloe Zhao, Nomadland); more than one woman is up for Best Director (Zhao and Emerald Fennell, Promising Young Woman); a black woman has received a second Best Actress nomination (Viola Davis, Ma Rainey’s Black Bottom); a black actor has been nominated posthumously for Best Actor (Chadwick Boseman, Ma Rainey’s); and an all-black team of producers has been nominated for Best Picture (Judas and the Black Messiah). There is even a Danish drama in contention in a main category.

The biggest change, though, is something that Spielberg would have balked at in 2019: Netflix, and not a traditional Hollywood studio, has bagged the most nominations (35). Ten of these are for Mank, which only had a limited theatrical release—that, too, mostly for critics.

But the times are so changing that Spielberg is unlikely to complain. In fact, Netflix has just given him reason to smile, by helping him realise a long-pending dream. In 1982, Spielberg had bought the film rights to The Talisman, an acclaimed fantasy novel by Stephen King and Peter Straub. He has for decades been wrestling with the book’s length and complexity to make it into a feature-length film. “I am hoping to get this movie made in the next couple of years,” Spielberg said in 2018. “It is something that I have wanted to see to come to theatres for the last 35 years.”

Netflix will now help Spielberg produce it lavishly—not as a film for theatres, but as a multi-episode series exclusively for the platform. Work on it will begin sometime later this year, perhaps just in time when Sarandos will be ready to welcome Hollywood nobility into the academy’s new museum.