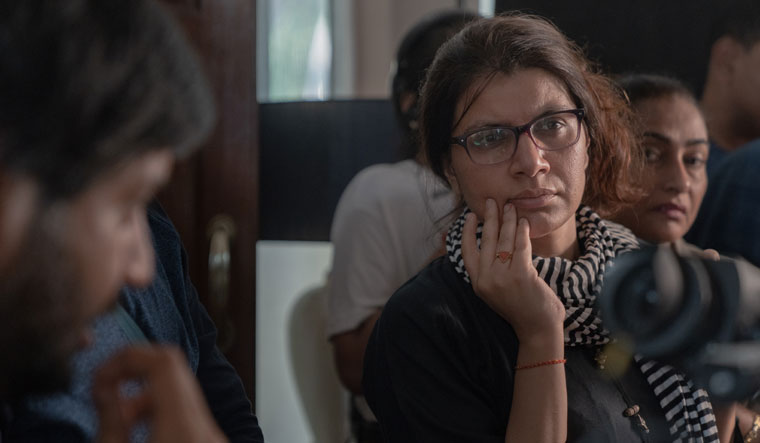 Mummy, why did Eve eat the forbidden fruit and why should anything be forbidden anyway? Was she not free to eat the fruit that she found most juicy? Do all women have to lie to themselves to survive? These and more such reflections by a 13-year-old narrator form the essential subtext of Bombay Begums, a six-episode series that hit Netflix on Women’s Day. On the face of it, the show—created, co-written and directed in parts by Alankrita Shrivastava—seems to fall under her favourite smash-the-patriarchy trope. But this time the plot is set in the snake-pit of corporate India, where four urban women and a teenage girl from diverse backgrounds battle against society’s intrinsic patriarchy, entitlement and barriers to win freedom for themselves and their bodies. Where does one look for refuge when one’s own body is a battleground, with #MeToo, menstruation, motherhood, menopause and a messy head? A deep-seated yearning to be heard and understood in an unforgivingly chauvinistic society continues to plague all of Shrivastava’s women, be it the 20-something Dolly in Dolly, Kitty Aur Woh Chamakte Sitare (2019), 60-year-old Buaji in Lipstick Under My Burkha (2016), Tara Khanna from Made in Heaven (web show; 2019) or Ayesha (Plabita Borthakur) in Bombay Begums, whose frustration as a single woman from a small town struggling to make it big in Mumbai, is relatable at so many levels.

In Bombay Begums, Shrivastava weaves a single story of hope, ambition, despair and resilience with an ensemble cast: Rani (Pooja Bhatt) as the CEO of a bank who zealously guards her hard-earned turf from bigoted men, Fatima (Shahana Goswami) as Rani’s smart and ambitious associate, who is torn between work and family, Ayesha, the junior-most employee who struggles to establish professional standing while grappling with sexual harassment at the workplace, and 13-year-old Shai Irani (Aadhya Anand), Rani’s painfully reclusive step-daughter whose voiceover in an ongoing monologue with her dead mother gives a peek into her own agonies as well as that of the other women in the show. Adding an element of colour and drama to this sanitised corporate milieu is Lily (Amruta Subhash), a bar dancer-turned-sex worker and single mother who tries to give her only son a shot at a better life. Lily’s path crosses with that of the corporate women when Rani’s teenage son, Zorawar, knocks down Lily’s son.

As in her previous projects, Shrivastava has chosen to set her lens firmly on women, stringing together relatable, real and rooted stories taken from life as it pans out day after day across a multiplicity of themes, including love, desire, infidelity, motherhood and more. All five of her women are complex, layered and take pride in their flaws, rising above their wounds to march ahead in life. “I wanted to explore how the personal and professional lives of women intersect and play off each other,” Shrivastava, 41, tells THE WEEK. “There are always judgments around women who are ambitious but not so for men. I am not in filmmaking just for the heck of it. I think there are enough filmmakers already. I feel I have to make films on stories I am very passionate about, which essentially happen to be women-centric. I am genuinely not interested in perpetuating the status quo, which tilts towards the male hero universe.” Her narratives for male characters in Bombay Begums, as in her past films, are seen to be operating in extremes and almost always from the periphery. They are either downright evil and voyeuristic or play second fiddle to their women with a striking passivity.

Much of the inspiration for her stories come from her upbringing at home, educational institutions that were largely all-women and her readings of books by leading women authors from across the world. Each of the six episodes of Bombay Begums is inspired by the title of a book written by a female author. “My mother is from IIM Ahmedabad; she passed out in the 1970s and something she told me really made an impression on me. She said there were only four or five women in her batch and not one of them pursued the corporate career full-on,” says Shrivastava, who made her debut with Turning 30 in 2011. “This is in stark contrast with her male colleagues, despite all of them having the same education. So, I think that conversation with my mother got me thinking.” Ahead of the release of Lipstick Under My Burkha, Shrivastava took on the censor board and has also put her privilege to good use by aiding the #MeToo movement in India. 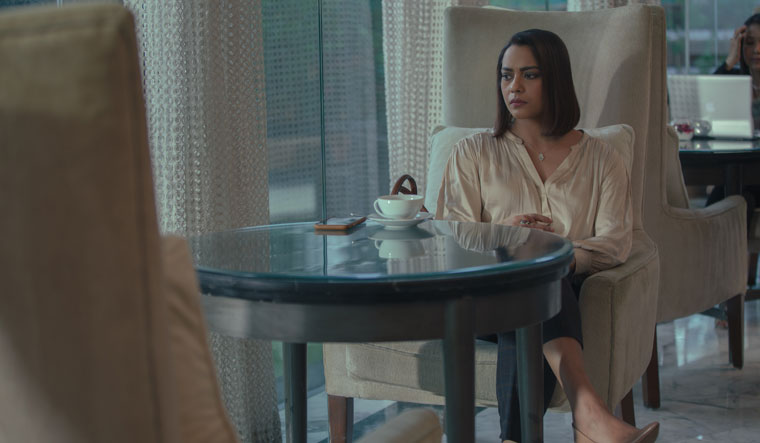 Yet, one cannot help but wonder why almost all her women take to causal sex, incessant drinking and use cuss words to reinforce their liberated femininity. “I do not feel anyone is simple,” she says. “If you just pass women by, you will know that nobody is that simple. I like to pause and look into a character’s eyes and look very deeply and the moment you do that you realise that there is a lot of complexity. I do not like superficial glances.”

While Bombay Begums is an interesting take on the diverse lives of its characters, the series as a whole is not entirely gripping. There are moments where one cannot help but fast forward, like in episode 2, when Rani does a Karva Chauth commercial to promote bank loans to buy jewellery or when Shai fakes a period to get her crush interested in her—“I can smell you are growing up,” her crush comments. The narrative does get clunky at times, yet the actors do a commendable job in portraying some very nuanced and complex characters. The message is clear: “Burn the queen at the stake if you will,” as Shai puts it, in one of her monologues with her mom. “You can’t destroy her.”