Parineeti Chopra discovered a new facet of her acting 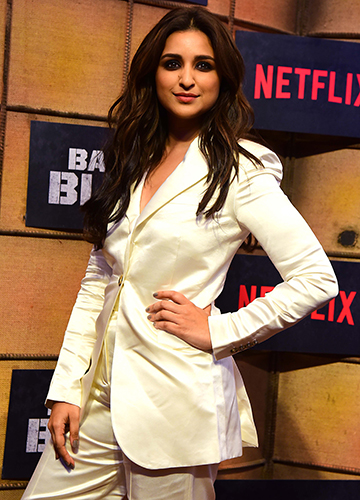 Parineeti Chopra is a nervous wreck these days. Her film The Girl on the Train releases on February 26 and she has her fingers crossed in the hope that her fans acknowledge her “sincerest attempt at new acting” that aims to “shock and stir”. The film, written and directed by Ribhu Dasgupta, is the Hindi adaptation of Paula Hawkins’ eponymous murder-mystery novel. The trailer that Netflix released in the first week of February gives a peek into Parineeti’s fierce and dark avatar as Meera Kapoor, far removed from her usual peppy, girl-next-door roles.

Meera is a young woman who becomes obsessed with the near-perfect life of a young couple; she sees their home from the train she takes every day. In their expressions of love, she pictures her own fairy tale bliss, even as she battles her demons and struggles through a failed marriage, amnesia and addiction. “This is the most intense character I have played,” Parineeti tells THE WEEK. “It is a departure from all I have done before, and a way of surprising audiences who think I can only do a certain genre and do not know how to portray such impassioned characters.”

In the 2016 Hollywood adaptation, Emily Blunt played the protagonist, for which she was nominated for three awards, including an Academy Award. Comparisons with the Hollywood star are inevitable, but Parineeti remains unfazed. “I just want to have a similar impact [as Blunt],” she said. “That same level of performance, but in my unique style. This is not about good acting as much as it is about different acting.” The two films are set against different backgrounds but originating from the same source material. It is as if Dasgupta took the original and dunked it into an indigenous spice mix to titillate the palate of the Indian viewer. “There is no point in remaking a film unless you can do something new with it,” said Dasgupta. “It is our version of the film and the book. I have retained everything which I loved from the book and the film but have digressed at certain parts, too, to give it a new narrative.”

In the film’s poster, with Parineeti donning a fitted white shirt, flowing locks and dark kohl-lined eyes, we see a redefined version of the actor, or as Dasgupta puts it: Chopra 2.0. “The expressions on screen are emotions and nuances she always had within, but discovered while playing this character,” said the director. “Though she will be compared with Emily Blunt, as a maker I had to create a new language for the actor; give a new skin to the character. Something which is ours, which we can own.” The emotional and physical toll of certain scenes left Parineeti drained for days after shooting. For instance, for a scene where she is drunk, she was required to scream, shout, cry and express deep provocation, which led to her dropping to the ground after eight or nine takes. “I guess the adrenaline was so high that I was shivering and started crying,” she said. “Ribhu, too, realised that it was taking a lot out of me emotionally. My heart started beating faster and I had to do some deep breathing exercises to cool down.” But there was no other way of doing it and this is where Parineeti’s talent as an actor, of immersing herself into the character, came out. 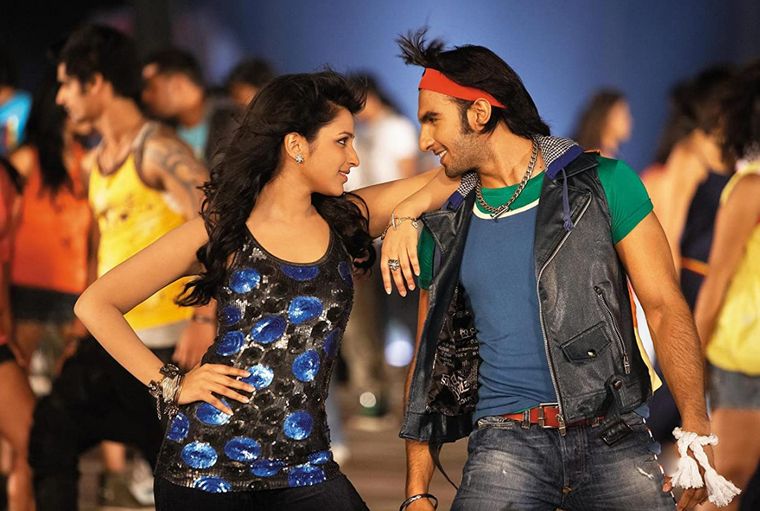 This year, Parineeti completes a decade in Bollywood, which she is quick to point “is not long at all”. She completed a triple honours degree from Manchester Business School, following which her life took a very different, and fortunate, turn. Her first role in Ladies vs Ricky Bahl (2011) came to her when she was working as a 22-year-old in the marketing team of Yash Raj Films. She won six best debutant awards for it. That was followed by her National Award-winning turn in Ishaqzaade (2012), which established her as an actor in her own right. 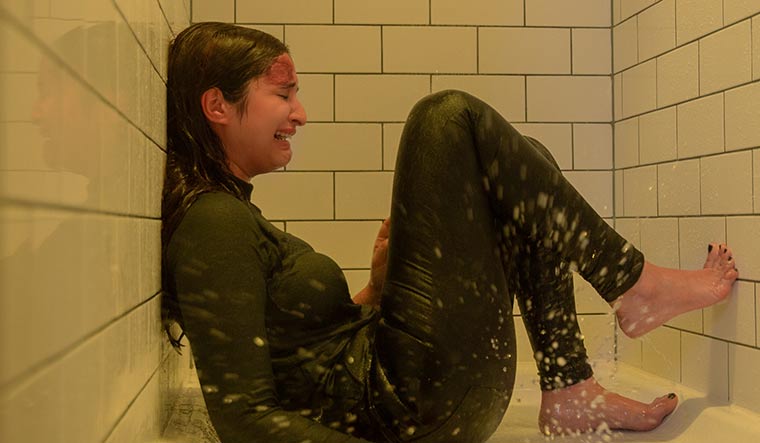 The Girl on the Train

The motivation to act came from cousin sister, Priyanka Chopra, whose advice she carries with her all the time. “The audience expects enough out of you, so whenever you are in a film, you should always give them that,” Priyanka had told her. “Do not do nothing in a film, and do not give them an average performance.” The sisters grew up together, albeit in different homes. The entire Chopra clan would get together in their hometown of Ambala, Haryana, at least once a year. Both sisters, says Parineeti, share an “aggressive and unwavering” drive to excel, and Parineeti’s list of achievements is long: In college, she aced economics with 97 per cent and bagged the president’s award; she has several state-level trophies in sports and drama; and she even holds a BA honours in music. Parineeti was focused on becoming an investment banker in London, but her visa expired after her course and she had to return to India. “Later, acting happened, when I least expected it to,” she said with a laugh. “But even now, I am still a very academic, organised and punctual person. Even now, I do not do things like an actress but like a corporate person.”