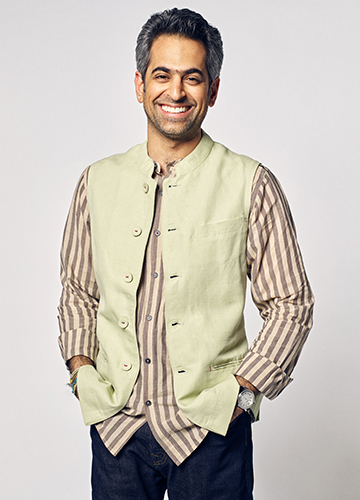 On November 24, Delhi Crime brought India its first-ever International Emmy. The series told the story of the investigation into the horrific 2012 Delhi gang rape. For its writer and director Richie Mehta, the award goes beyond its category and caption. The Canadian filmmaker of Indian origin says it is a celebration of “justice, hope, courage” and the inherent goodness within those who are hell-bent to bring the convicts to book and restore faith in humanity.

Mehta was in India when the crime took place. Four years later, all the while shuttling between India and Canada, he finally put together his research and script for the series. In the gut-wrenching and incisive crime drama, Mehta does not show the incident at all. This leaves the most violent moments in the show to public memory of the actual event.

The conviction to execute this Netflix Original came in two forms: one, “a calculated probability of goodness”, and two, from former Delhi police commissioner Neeraj Kumar, who first planted the idea of Delhi Crime in Mehta’s mind and introduced him to the cops that worked with him on the case. At the end of Mehta’s interviews with each police officer, Mehta would ask them if they still believed in the goodness of people. Every cop answered in the affirmative. “They explained this statistic of probability which said that out of 80,000 police officers in Delhi, even if a thousand turn out to be bad apples, the force can collectively keep peace in the city of two crore people,” said Mehta. “It is this inherent goodness of the police force that led me to look at the story from their lens and reinstate faith in resilience and humanity.” Mehta expresses this sentiment beautifully in the last episode in the words of Bhupinder (Rajesh Tailang), who responds to Vartika’s question of how he goes home smiling after dealing with criminals all day. “It helps when I look at the statistics,” he replies. “Ninety-nine per cent of people are decent. It is just that we never get to meet them (as police officers) as we only deal with scumbags.”

While Delhi Crime remains Mehta’s most recognised work internationally, in terms of Indian content, it is by no means his first. Siddharth, a 2014 Indian-Canadian drama film, which was screened at the Toronto International Film Festival (TIFF) and for which Mehta was awarded best original screenplay, was based on a ten-minute conversation he had with an autorickshaw driver in Delhi. Two years after that, he celebrated the richness of everyday India by compiling footages of a day in the life of different people from across the country to make India’s largest crowdsourced documentary. “India is a storehouse of stories,” Mehta told THE WEEK over a call from the UK. “As a filmmaker, what interests me the most are relevant stories from humanity, and this is very raw in India. You can walk down the street for two minutes and your life would change. India, to me, is just an amazing place to try and discover humanity.”

Among his friends and peers, Mehta is known for possessing a nose for stories and a razor-sharp intuition for capturing them. This is also what sets him apart from his contemporaries. “As a director, Richie is very meticulous and personally involved in each aspect,” said Shefali Shah, who brilliantly plays Vartika Chaturvedi, the lead investigator. “A couple of days before DC’s release, we were screening the show for a select audience, so by the end of the evening we all would get together. And even in the middle of a party, he would be working on the subtitles in a corner. (There is normally a dedicated team that does this.) He saw to it that every word and every breath was perfectly timed to the visual. He chose me not as an actor but as a collaborator, giving me all the freedom I needed to create my version [of Vartika].” 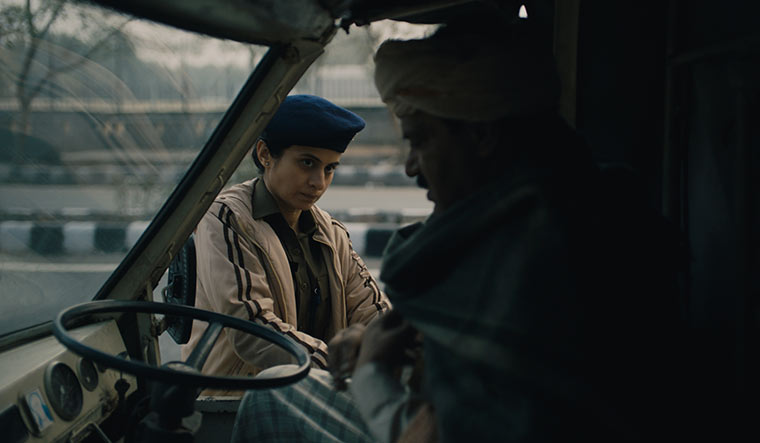 Mehta seems to have an innate ability for creative storytelling, which has been further polished by a university education in arts and art history and a stint at TIFF in 1997, when he first entered cinema as a teen volunteer. It was also at TIFF that his very first feature film, Amal, debuted and won three awards. Amal was adapted from his brother Shaun Mehta’s book. “Going forward, I might just get inspired by some of the very amazing stories he has been writing,” said the director.

Almost every film that Mehta has worked on has been a response to things that affect him emotionally. The sci-fi thriller I’ll Follow You Down was in a way a response to his parents’ divorce, he says. In this tale of time travel, Erol, a 21-year-old budding scientist, negotiates his way through life, which has been forever altered by the disappearance of his physicist father. “Life experiences do it for me,” said Mehta. “Even now, if I have a life experience that says inside me that I have to do something about it, I will do it.” One project he is working on happened because there was a strike and he had to walk instead of taking the metro. “On that walk, I saw something that [impacted me],” said Mehta. “It will take me another three to four years to do it. Till then, fingers crossed.”