One more for little ones 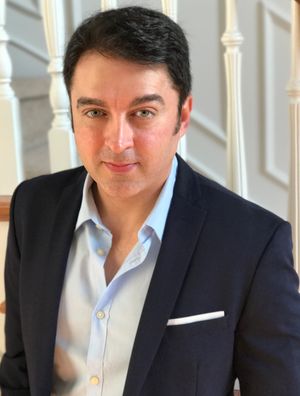 If masks have become inevitable after Covid-19, publishing has had to adopt another way for survival: the celebrity writer. And, Jugal Hansraj is the latest to join the bandwagon. The boy who has never quite grown up in the mind of the Hindi movie buff—to remain frozen in time as the good-looking boy with big green eyes, from Masoom (1982)—has written, befittingly, his book for children.

There were more than a few rejections. “Tougher than writing is getting someone to like your work and publish it,” he says, over a Zoom chat—his eyes still the same—on a socially distanced holiday. Hansraj moved from Mumbai to the US a few years ago.

Out next year, The Coward and the Sword, is not Hansraj’s first attempt at writing. In 2017, he wrote Cross Connection: The Big Circus Adventure for young children. “Since I was a child, I was a voracious reader. At about six or seven, I became a librarian in school so that I could read books. I think writing happens organically and it was a natural progression,” says Hansraj.

His new book, however, is deeper—more reflective—a tale of true courage. Written after his son was born and inspired by a quote from Nichiren Buddhism, it is certainly more personal. “My son is almost three,” he says, “I am reading toddler books for him. I really hope he becomes a reader.”

The book is about being brave and finding answers that lie within. “I took my time with it,” says Hansraj, “There were six months when I stopped writing because I didn’t know how to end it. I was stuck. So, I waited, and ruminated (over it).”

The Coward and the Sword will be published next year by HarperCollins India.