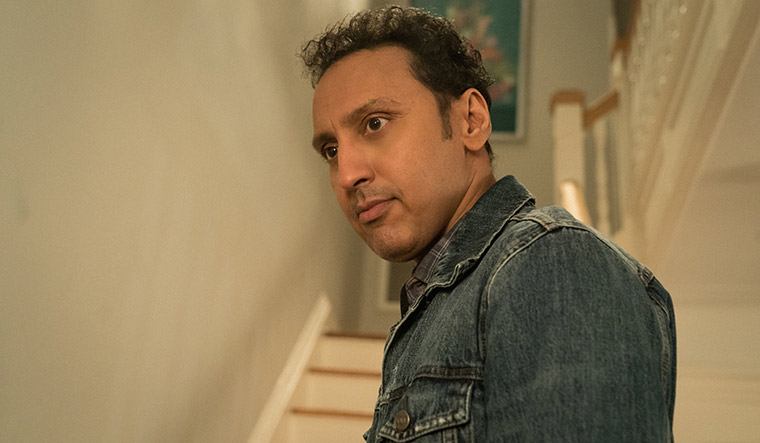 Just two days before the lockdown began in New York, actor Aasif Mandvi and his wife had a baby. While the tiny tot is keeping them on their toes, Mandvi, who was The Daily Show correspondent, is excited about the Indian audience watching his latest show, Evil, that is currently airing on Zee Café. Born in Mumbai, he spent his growing up years in England, before moving to the US to pursue writing and acting. Excerpts:

Q/ The concept of Evil is interesting.

A/ Yeah, it is an interesting show. It is a show about three characters investigating paranormal activity. But it starts this conversation between science and religion, whether there is a demon or possession or something just scientifically explainable. The script was remarkable. I am also a big fan of Robert and Michelle King and their work. So, I was really excited to work with them….

Q/ You have often spoken about the biases in Hollywood. How has it evolved in your almost three-decade-long career?

A/ The industry has evolved. And I am glad. When I first started out, there were not a lot of roles for South Asian or brown actors…. Now, we see stories being told from much more divergent points of view…. It starts in the writer’s rooms and the people who are making decisions about what gets aired. As we see more diversity in those rooms, we start to see more diversity on screen…. We are also seeing it from purely the business side of it—that there is an economic and financial incentive, that now we are speaking to a global audience, not just an American audience, and that, I think, is continuing to change the types of stories that are being told.

Q/ In No Man’s Land (2014), you wrote about immigration. How have things changed since then?

A/ The story of immigrants continues to be a divisive and a hot button issue, especially here in America, especially within this administration…. This idea of the more progressive the world becomes, the more we move towards inclusivity and diversity–[but] the more tribal it becomes as well. So there is like a yin and yang reaction, where you see this movement towards progressivism and inclusivity, and then the reaction to that are tribalism and nationalism and this fear of the other. That is a dangerous and scary thing. As Hamilton said in Hamilton, you know, immigrants get the job done. It is true for anywhere in the world. When you have people who come from somewhere in order to make a life, they contribute far more than they take away from that society. I think somewhere in the conversation, especially here in America, that has gotten lost.