The pandemic has pushed kollywood into a crisis 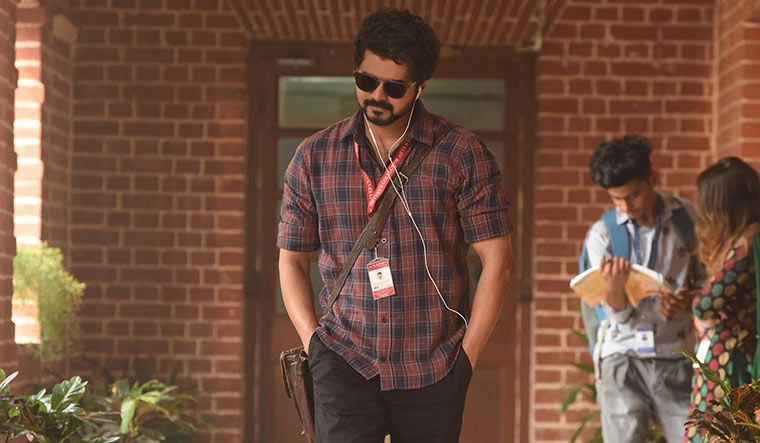 Waiting game: Vijay in master, which was the most awaited film of the summer.

Just as India was getting ready for Unlock 1, the Tamil Nadu government had some good news for its television industry. On May 30, it relaxed the norms for shooting of TV serials (the green signal was given in an order dated May 21). Most significantly, the new guidelines allowed up to 60 people on set, compared with 20 as per the initial order. However, Kollywood, for now, has to settle for the resumption of post-production.

Post-production work, such as dubbing and editing, of around 20 films have resumed with strict security protocols. But, in the case of TV serials, not much has happened despite the go-ahead. Actor Khushbu, general secretary of the state’s small screen producers association, said that as serial shoots mostly happen within a small space or inside a building, social distancing is difficult. 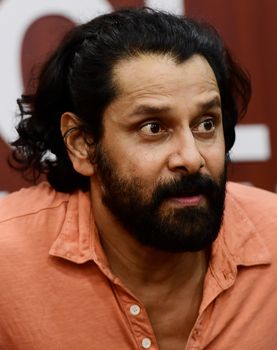 Vikram’s Cobra is yet to complete shooting. The remaining part—20 per cent—has to be shot abroad.

But, despite the practical difficulties, there is now hope in the television industry. The film industry on the other hand is facing a crisis. Kollywood had a turnover of Rs2,000 crore in 2019 and stakeholders were hoping for a major growth at the start of the new decade. But the lockdown resulted in an all-time low; the loss is estimated to be around Rs800 crore. “Kollywood business is usually higher during summer vacation,” said G. Dhananjayan, film producer and trade expert.

The biggest blow was the postponement of action thriller Master, starring Vijay. Made at a cost of Rs180 crore, Master was the most awaited release of the summer. Vijay’s Bigil (2019) reportedly made close to Rs300 crore; his Sarkar (2018) and Mersal (2017) were both estimated to have crossed Rs250 crore. Other major postponed releases include Suriya-starrer Soorarai Pottru (based on the life of Air Deccan founder G.R. Gopinath), Dhanush’s Jagame Thandhiram and Jayam Ravi’s Bhoomi.

Vikram’s Cobra is yet to complete shooting. The remaining part—20 per cent—has to be shot abroad. Rajinikanth’s Annaathe has around 40 per cent shooting left; it was scheduled for a Diwali release, but has now been pushed to January 2021. Even if film shooting is greenlit, sources said stars may not return to work before August. Some are said to be ready to work only by October. Moreover, actors aged 60 and above may not be allowed to work immediately.

Apart from the big-budget movies, around 80 smaller movies are waiting for the theatres to open. Trade analyst P. Ramanujam said the lockdown had halted the release of 125 movies. This includes completed films and those which were under post-production. Thirty-four movies, which needed just five to 15 days to complete, were also stopped. “Even if the theatres open, only the big-ticket films can bring back the crowds,” said Dhananjayan. He said the audience may become more choosy. 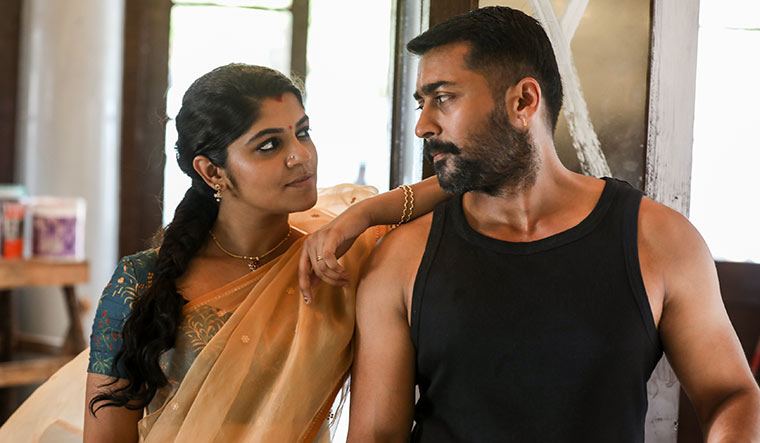 Waiting for take off: Aparna Balamurali and Suriya in Soorarai Pottru.

In fact, a survey conducted by Cinema Central, a part of Dhananjayan’s film institute BOFTA, found that 39 per cent of the respondents were ready to go to the theatres if a much-anticipated film was released. Sixty-six per cent missed the theatres and 43 per cent were willing to go to cinema halls within three weeks of them being reopened. Fifty per cent were concerned about safety, while 13 per cent were worried about spending. Also, 20 per cent said they were comfortable watching movies online. 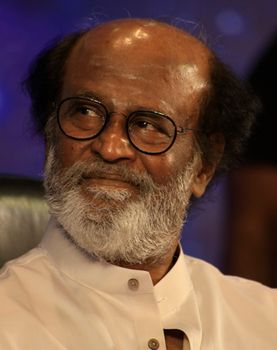 Rajinikanth’s Annaathe has around 40 per cent shooting left; it was scheduled for a Diwali release, but has now been pushed to January 2021

However, not everyone believes the big-ticket releases are the way to go. Kothanda Ramaiah, a senior member of the producer’s council, said that Master should not be released as soon as the theatres are reopened as it may bring in big crowds and wreak the social distancing efforts. He said small budget films should be run in the theatres for a few weeks before the big films are released. “This is because of the politics in the industry,” said Ramanujam. “The producer’s council election is scheduled to take place in September and there are many small producers who will support him.”

Meanwhile, theatres have seen a loss of over Rs5 crore a day during the lockdown. With 1,100 screens across Tamil Nadu, Ramanujam estimated that each theatre, even when closed, has to spend at least Rs5,000 daily for maintenance. Rakesh Gowthaman, managing director of Vetri theatres, said that summer releases were expected to help in achieving a 30 per cent increase in the overall business this year. In fact, theatre owners were expecting more business this year as there were highly anticipated Hollywood releases like Scarlett Johansson-starrer Black Widow and Fast & Furious 9, and Bollywood sports drama ’83.

“Overall, Rs1,000 crore investment has got locked in the industry this summer, as Tamil box office is associated with malls and multiplexes,” said Dhananjayan.