How South Korean cinema worked its way to Oscar glory 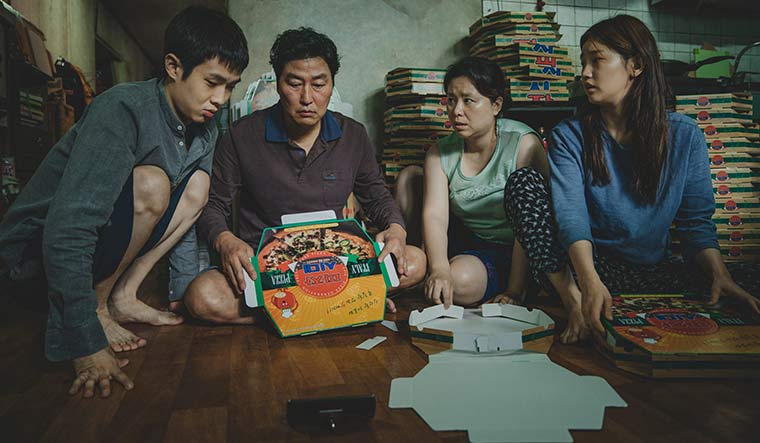 Truth and dare: Still from Parasite, which won this year's Oscar for best picture.

The first two happened in 1978, when Korea’s most famous movie couple—producer-director Shin Sang-ok and actress Choi Eun-hee—went missing from Hong Kong. Choi was the first to disappear, in January. Shin came to Hong Kong in search of her, and vanished six months later.

For years, no one knew that they were actually kidnapped. Choi was used as a bait to lure Shin to Hong Kong, and both of them were taken to Pyongyang, where they met their captor—Kim Jong-il. The ‘Dear Leader’ of North Korea so loved movies that he had 15,000 titles in his collection; he now wanted Shin and his muse to occupy pride of place in it.

Kim also wanted to rejuvenate the waning North Korean film industry, so he forced Shin and Choi to watch and review four films a day for the next five years. They were to evaluate and comment on every aspect of filmmaking and help enrich Kim’s knowledge and perspective. From 1983 to 1985, Shin was also commissioned to make six new films that were supposed to bring international recognition to North Korean cinema.

The last, and the most expensive, of these was Pulgasari (1985), a fantasy-action film that featured a Godzilla-like monster who feeds on metal and helps peasants overthrow a cruel king and his sword-wielding soldiers in feudal Korea. It was a B-grade movie made on a tight budget, but it went on to become a cult hit in Europe’s festival circuit. That was probably because the crafty Shin had made Pulgasari as a subversive fable—the creature who helps the peasants establish their republic ends up as a villain.

Shin and Choi dodged their guards during Pulgasari’s festival run in Austria. “On March 13, a taxi carrying Mr Shin and Ms Choi pulled up in front of the United States Embassy in Vienna, which they entered seeking help in getting to the United States,” reported The New York Times in 1986. “After the story was circulated by the Kyoto news agency of Japan, the state department reluctantly confirmed that the two ‘had sought assistance, and were being given it.’”

The amazing story of their return not only made headlines around the world, but also kindled interest in South Korean cinema and its strange sensibilities. Heavily influenced by the country’s tumultuous history of feudalism, Japanese occupation, war, dictatorship, democratisation and aggressive westernisation, South Korean filmmakers had for years been churning out bold, edge-of-the-envelope works about the human condition. One of the early Korean classics, for instance, was the 1960 horror The Housemaid, about a femme fatale who seduces a married man and destroys his family. 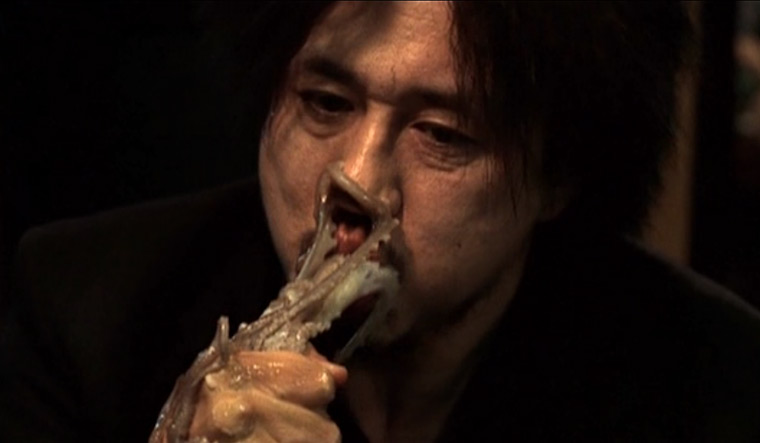 The 'live octopus' scene in Oldboy, which won the Grand Prix at Cannes in 2004.

One reason why Korea produced gutsy films was that the government had run a screen quota system for decades, forcing theatres to screen local films at least 146 days a year. This helped the Korean industry in two ways—it staved off the onslaught of Hollywood, and freed filmmakers from the pressures of securing theatre windows for their works. Throughout the late 1980s and 1990s, the film market in Korea continued to expand rapidly.

But it was not until the third mysterious disappearance, which the world came to know of in 2003, that Korean films really got into high gear. That year, Park Chan-wook came out with his neo-noir thriller Oldboy, about a man who is abducted and imprisoned in a solitary cell resembling a hotel room for 15 years. Violent, shocking and sexually explicit, Oldboy was a feat of storytelling. It had both visual style (a long, single-take fight sequence, followed by the protagonist relishing a live octopus) and thematic substance (the man is abducted in 1988, Korea’s first full year as a democratic republic, and is released in 2003, after globalisation had utterly transformed the country).

Oldboy won the Grand Prix at the Cannes Film Festival in 2004, and became the country’s most famous cultural export for a while. Remakes were attempted in many languages, including in Hindi (Zinda, 2006), but none were as successful as the original.

In the next decade, Korean cinema became almost as influential as the French new wave of the 1960s, churning out films as eclectic as a slice-of-life road movie (Daytime Drinking, 2008) a monster drama with biting social commentary (The Host, 2006), an unconventional theology-tinted tragedy (Pieta, which won the Golden Lion at the Venice Festival in 2012), a modern vampire love triangle (Thirst, 2009) and a zombie action epic (Train to Busan, 2016).

But the thematic variety always veiled two basic preoccupations of Korean cinema—how rapid westernisation has widened the country’s class divide, and its fraught relationship with North Korea and the festering wounds of division. In Bong Joon-ho’s Parasite, both these obsessions converge with chilling effect. It is about members of a poor family who infiltrate a wealthy household by posing as unrelated, highly-qualified employees, and then discover truths that are as concealed as Korea’s past itself.

A thrilling horror-satire, Parasite is so well-crafted that it became the first Korean film to win the Palme d’Or at Cannes last year, and the first non-English film to win Best Picture at the Oscars this year. It also won trophies for best director, best original screenplay and best international feature film. Nearly 80 top critics have rated Parasite as the best film of 2019, and some have even ranked it as the best of the decade.

Parasite’s Oscar triumph is a tribute to the impact Korean filmmaking has had on world cinema in the past two decades. To Hollywood, it also sends a valuable message—a good movie is more than just spectacle; like Parasite, it should also surprise, thrill, shock and anger viewers.