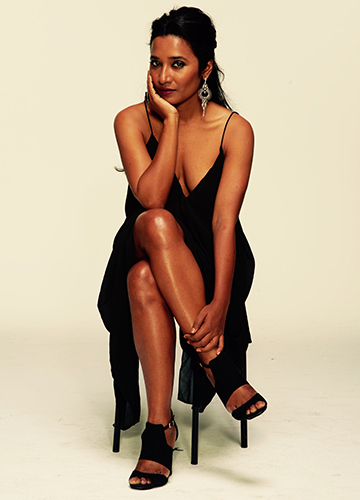 What is Roam Rome Mein about?

It is about a man who goes to Rome in search of his sister. In the process, he discovers things about her. He also discovers himself and realises the depth of his own patriarchal ideas.

There was an incident that happened to me a few years ago when I was in Venice to attend the film festival. That sort of triggered this. Rome is not just a location, it is an integral part of the film. The contributions of feminist painters and writers of Renaissance Italy are referenced. The story has cross-cultural integration.

Nawazuddin said you contemplated directing this film for some time.

Nawaz and I were shooting for Lion when the idea came up. I started writing. Nawaz said that no one else would be able to see it the way I did. With time, I started feeling the same because it is a very layered story.

Many do not want to differentiate between a male and a female director....

You adopted a baby recently.

I never wanted to talk about it, but I took her for the screening of Jhalki and it came out. It was the first cinema experience for her, and it is about child labour. She is only three-and-a-half, but she understood everything. Sometimes, it is difficult being a single mom. People advised me against it, but I always knew that I wanted to adopt.