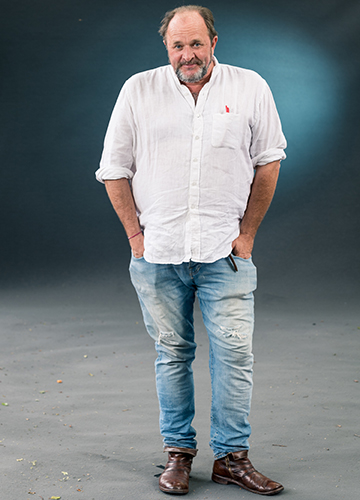 William Dalrymple is in his last week of holiday in Provence, France, before he sets out to promote his latest book, The Anarchy—The East India Company, Corporate Violence and the Pillage of an Empire. He describes it as “a fatty”. And, it truly is. The book accounts detailed wrongs of the British East India Company, once the most powerful corporate in the world, that sponsored “corporate murder”, and conquered a country.

“There is no pretence of it being anything else but profit,” says Dalrymple. “They had a lot of terrible stuff about them. But the one good thing was [that] they were not hypocrites. They made no bones about why they were there. They were there for personal profit.”

Despite the overwhelmingness of the historical content, Dalrymple still sniffs out a good story and the drama. There are characters—vain, corrupt, brilliant, eccentric and cruel—that shine their way, to transform a horrific account of loot and plunder into an engaging, horrifying and cautionary tale.

Gulping down a cup of coffee and munching his breakfast, Dalrymple talks about the corporate lobbying that the East India Company did successfully. “This was the first corporation which had large scale political interference abroad. They sponsored corporate murder,” he says. “The first corporate scandal [was] in the 1690s, when they were caught bribing the exchequer and the Lord Chancellor.”

The Anarchy is the most violent book by Dalrymple. From what Ghulam Qadir, ruler of Rohilkhand, did to Mughal emperor Shah Alam II and his daughters, and what happens to him in return, the book spares no details. “I had to retranslate the Persian sources,” says Dalrymple, reading out a passage of what Ghulam Qadir says he wants to do to the princesses. The Victorians had sanitised the translation. The Persian sources were translated by a colleague who has been with him for the last two years in a Mughal tent in his garden.

This tent is where Dalrymple finally finished his book. He took five long years to complete it. “I thought it will be over by 2015. But it was worth the wait,” he says. “I have always avoided sweeping history books, which are usually very tempting because they sell. But the danger is, if you take big sweep of history—the big picture—it makes a less satisfactory narrative because your people come and go.”

Dalrymple had to figure out one central figure for narrating the tales of The Anarchy. “For a long time I could not work out how to do this, because in the course of this book, which is 1756 CE to 1803 CE, there are eight different governor generals, and they are all coming and going, every three years, like high commissioners do today,” he says. “There was this one character who was there the whole way through. Right from Nadir Shah [attacking Delhi in 1739] to the British capturing Delhi in 1803, it is Shah Alam.... I realised how I would do it. He would be the stitching. Like stitching, he comes in and out of the leather.”

The book traces the monumental change in Shah Alam’s life, and serves as a metaphor for India. “The young Shah Alam had an empire which stretched from Kabul to Carnatic, but he lived to see the size of Delhi [reducing to] the size of Palam,” he says. “Finally, he is this blind puppet, this wonderful symbol of Mughal impotence.”

Bringing historical people alive is Dalrymple’s forte. And in this book, too, he does that with great sensitivity and wit. He describes Warren Hastings, the first governor general of India, as a young intellectual, and Robert Clive, who established the supremacy of the company in Bengal, as a delinquent person. “Hastings’s early letters read like The New York Times reporting in Kashmir,” he laughs. The trial of Hastings (on corruption charges), which began in 1787 and drew a lot of attention in Britain—even the queen attended it—is vividly portrayed in the book.

While researching for the book, something came as a surprise to Dalrymple. “I always assumed the company came to India, and was largely victorious because of superior weaponry. That was the case in the 1740s and the 1750s,” he says. “But the Indian armies pretty well had technological parity by the 1780s. The last 20 years is the story of British East India Company getting dominance in India not through military might exclusively, but by wooing Indian financiers—through Jagat Seths and all these Benares banking companies—and diplomacy.”

The conquest of India, then, by a powerful company was not because of superiority. Or “divide and rule”, a phrase he has not come across in this period. “The Indian financiers, bizarrely, chose to back [the company]; not the Marathas, not the Mughals, not Tipu [Sultan]. To me, that was the biggest surprise than anything,” he says. Dalrymple adds that even though all these financiers knew that the company may loot and plunder, they still chose to support it since it made better financial sense. Marwaris constituted the large chunk of Indian financiers. “In Gujarat, Rajasthan, Benares and Calcutta, they provided the finance and loans for the company to conquer India,” says Dalrymple.

Nana Fadnavis, an influential minister of the Maratha empire, was one among the earliest to realise the danger. “He forged the triple alliance of the Marathas, their mortal enemy Tipu and the Nizam of Hyderabad,” he says. “They united under Fadnavis and Tipu defeated the company. Then, Hastings managed to break the alliance by diplomatic wiles. They started individual treaties with the company. That is the moment when the fall of India to the company became inevitable.” 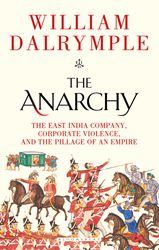 THE ANARCHY
The East india company, corporate violence, and the pillage of an empire