A young Kashmiri is contemporising her cultural heritage. 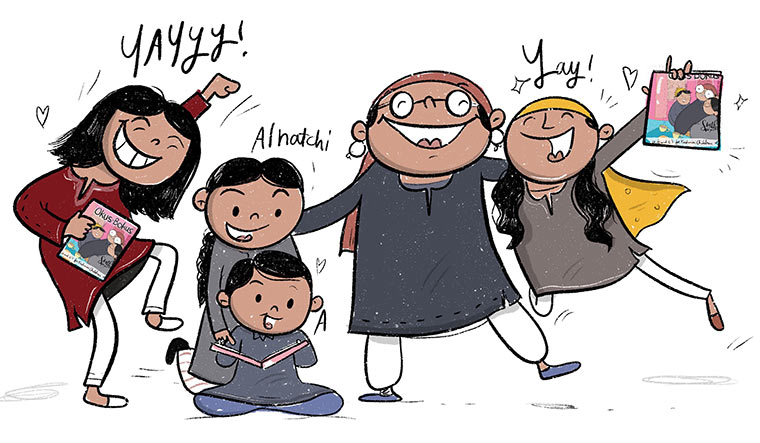 It is the time of chilai kalan, when winter is at its severest in Kashmir, from late December through January. With their schools shut, Billa and Munni have come to spend their holidays with grandmother Naen. The children, snug in their pherans, are regaled with sweet little tidbits on Kashmiri culture by Naen. In her bid to educate the cavorting duo, Naen asks if they know the famous poets of Kashmir. “Lal Ded,” the kids scream in unison. Naen asks for more names. There are others like Habba Khatoon and Arnimal who composed poems on love and nature. And then there is political poetry, too.

What about their names, Naen asks. Mehjoor, Mahmud Gami, Agha Shahid Ali, says Munni with ease. Billa trails with the names of Rasul Mir, Ahad Zargar and Shamas Fakir. Naen is amazed at how smart her puny grandchildren are. She hopes that one day, when they grow up, they actually read the works of these poets. Billa and Munni secretly share a chuckle. Their sweet old granny does not know that they had found the names on the internet when she was not looking. And so the reader chimes, L is for ‘Lal Ded’ from the book Okus Bokus: A-Z for Kashmiri Children. 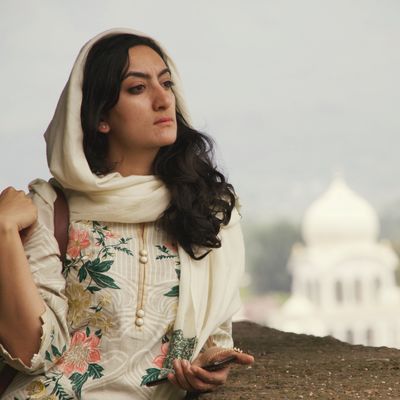 The book has been created by Onaiza Drabu, a graphic designer, writer, anthropologist, semiotician, “mail woman” or daakiya and shop owner from Kashmir. Her latest may come in the guise of teaching the alphabet to pre-schoolers, but Okus Bokus is a cultural primer for all. So B is for booyn, which is Kashmiri for the majestic chinar (maple). O is for outra, which can mean the day before yesterday or any day before that. Y is for yaemberzal, the fragrant narcissus flower, the harbinger of spring.

“Kashmiri is a language that is spoken more than written,” says Drabu, 29. “There is very little literature in Kashmiri that is accessible to students.” Drabu grew up reading books which did not include fiction, poetry or children’s stories written by local authors. “I felt the need to address this gap somehow,” she says. “Okus Bokus is just one step towards it.” Earlier, she had created a little flip-book with her own illustrations to teach children to count. Okus Bokus refers to a popular Kashmiri lullaby Hukus Bukus—a couplet which means “who are you and who am I”. Over time, the phrase got modified to ‘okus bokus’. It is as ubiquitous among Kashmiri children as ‘akkad bakkad’ or ‘ring around the rosie’ which now sounds like ‘ringa ringa roses’. “I have kept this playful, distorted version as the title as this is my memory of the lullaby,” says Drabu, whose name means the first drop of dew.

Drabu, who is based in Kenya, is no stranger to digging up cultural artifacts and memories. She started an online stationery brand called Sonth in early 2017 with a friend, Nusaiba Khan, to sell contemporary odds and ends inspired by Kashmir’s language, nature, art and architecture. Like boho calendars with impressionist renderings of lesser-known women trailblazers like Queen Didda, a physically disabled queen who ruled Kashmir from 979 to 1003 CE. Or magnets emblazoned with “Bishta, Bishta, Byaryo” (come, my pussycat). Before Sonth, she came up with the clothing and accessories portal, Koshur Wear. But her most popular co-initiative remains Daak, which sends vintage postcards to all their email subscribers, with little-known stories, condensed facts, artworks and ideas drawn from South Asian cultural heritage. It was her search for the right illustrator which took her so long to release Okus Bokus. The book’s happy, homely illustrations of Naen and her two chirrupy grandkids are by Ghazal Qadri, who was part of the Kashmiri Women’s Design Collective started by Drabu. Having lived in many cities around the world, Drabu is always brimming with ideas to rediscover Kashmir, which she left at age 16. 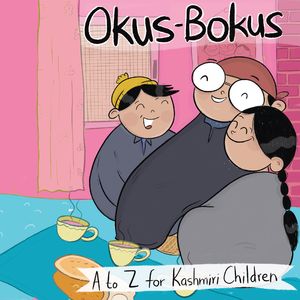