India blew my mind the most: Documentary filmmaker Todd Sampson 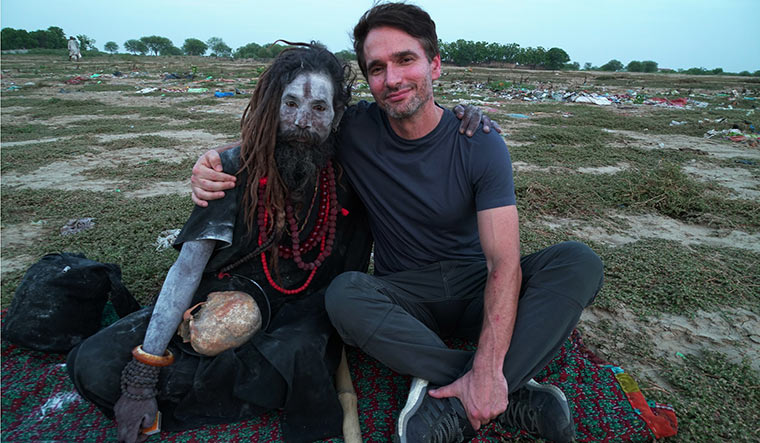 After spending his early years in Canada, where he climbed many a mountain summit, Todd Sampson embraced the corporate life, working in advertising firms. The adventurer in him never took a backseat though. Sampson took to investigating interesting aspects of life with the Discovery documentary, Redesign My Brain, followed by Body Hack, which studies extraordinary people on the planet. The second season of Body Hack premiers on Discovery Channel India on March 25. He speaks to THE WEEK from Bondi, Australia. Excerpts:

The concept of Body Hack is such that you have to put yourself through a lot. Are you always up for that challenge?

It varies. Sometimes you are tired and you do not want to be there. But, it is my job. I will do it. The best way to understand people is to at least try and walk in their shoes. And, that is why it is exciting.

An incident where it was extremely difficult to break into a community?

The Matsés of Amazon. For 450 years, they have lived in the wild. In the beginning, they were not really keen to let us in. I ended up taking the frog poison (they believe it gives them superhuman powers of perception), which nearly killed me. When I survived that, their level of respect and openness changed completely.

You travelled to six regions for this season. Your most difficult episode?

The most difficult would be the snipers in Iraq. They are basically hunting the Islamic State. I have no notional association of wanting to kill anyone. To get in their mind and to not judge them was very challenging. The one that probably blew my mind the most was India—arguably one of the most fascinating, colourful, eclectic cultures on the planet. It is the only country I have done twice on my show. I did Bollywood stuntmen for the first season and now sadhus for the second.

Someone said, if Bear Grylls (adventurer), Louis Theroux (documentary filmmaker) and Brian Cox (particle physicist) had a love child together, it would be Todd Sampson.

(Laughs) I am a big fan of all three. I would like the idea of not being compared to one of them because I think the format of Body Hack is unique. It combines science, adventure and sociology. But I am flattered by the reference.