Why Modi govt needs to tread a fine line in Kashmir 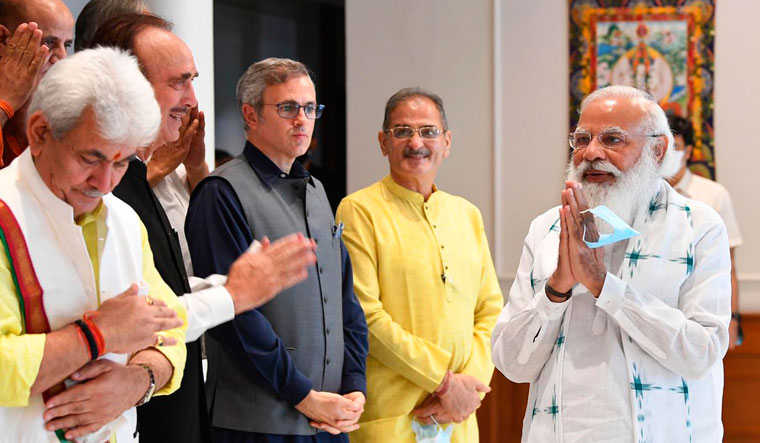 In June 2018, the BJP’s youth wing in Kashmir gave a rousing reception to Amit Shah, then BJP president. The workers took out a bike rally from the airport to a government guest house in Srinagar when Shah arrived. His visit followed the party’s withdrawal of support to the coalition government in the state, where it had been in power with chief minister Mehbooba Mufti’s Peoples Democratic Party.

Shah was in Kashmir to commemorate ‘Balidan Diwas’ on June 23, the day party stalwart Syama Prasad Mookerjee died in Srinagar in 1953. As the BJP was hoping to ride on a nationalistic wave in the 2019 Lok Sabha polls, Shah used the opportunity to reiterate his party’s commitment to Mookerjee’s dream of integrating Kashmir with India. That Shah had a time-frame in mind to fulfil that dream became evident on August 5, 2019, when the Union government voided Article 370 and bifurcated the state into two Union territories. Jammu and Kashmir has since been under the Union government’s direct control.

On June 24 this year, Shah was once again at the helm of affairs when Prime Minister Narendra Modi called an all-party meeting in Delhi—the Centre’s first major political outreach in Kashmir in nearly two years. Shah, now Union home minister, told leaders that the process of national integration has to be completed by holding assembly polls. Only this time, a slew of challenges did not allow him to fix a time frame.

First, there are legal hurdles that the home ministry must urgently overcome. Jammu and Kashmir was made into a Union territory without consulting the assembly, even though India’s federal setup does not allow the Centre to act in such a unilateral way. This is why Shah told the Parliament that statehood will be restored.

In 2019, the Supreme Court had referred petitions challenging the presidential orders that voided Article 370 and bifurcated Jammu and Kashmir into two Union territories to a five-judge Constitution bench. The Union home ministry feels it may not be prudent to move a fresh bill for granting full statehood to Jammu and Kashmir, because it could warrant a second round of elections before the Union territory assembly completes its five-year term. “The proposed statehood bill can mention that the UT assembly will continue as the state assembly, but that may create further problems and resentment,” said an official.

The last time the Union government bifurcated a state was in 2014, when Telangana was carved out of Andhra Pradesh. The Union home ministry, however, was on a legally strong footing then because it had complied with the requirement to “consult” the assembly, even though the assembly had rejected the bifurcation proposal. In Jammu and Kashmir’s case, such a process did not happen. “If a majority government at the Centre is able to convert any state into a Union territory without consulting the state assembly, it violates the federal setup and can be struck down by the court,” said former home secretary G.K. Pillai.

Shah has made it clear that the delimitation of assembly constituencies will be completed before elections are held. M.M. Ansari, former central information commissioner and interlocutor in Jammu and Kashmir, said the Union government expects the delimitation exercise to result in an increase in the number of legislators from the BJP and its allies. “If the Modi government does not get enough elected members to endorse its actions in J&K, then it might not grant statehood, because the state assembly may take decisions that might embarrass the Centre,” said Ansari. Government officials say the delimitation will remove anomalies in the assembly. For example, the original J&K assembly had 111 seats, with 24 ‘un-contestable’ seats which lie in Pakistan-occupied Kashmir. Now, with Ladakh being made a Union territory, the remaining geography merits a fresh look. 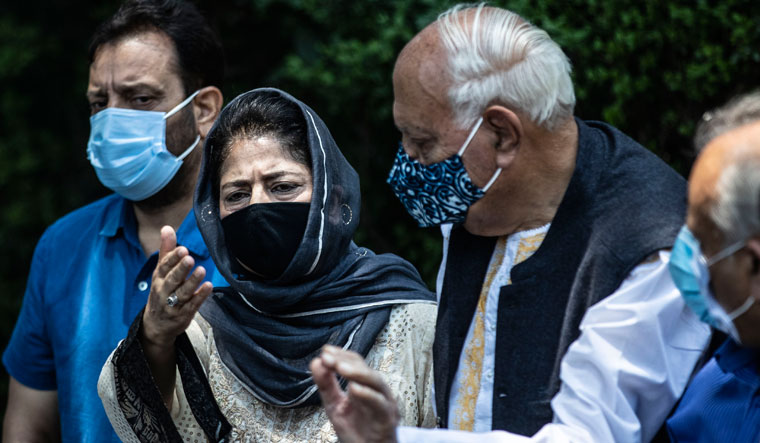 The way forward for Shah is hardly easy. He has to tread carefully keeping in mind both domestic sentiments and international pressures. Anything that disturbs the delicately balanced situation in Kashmir will not only have a cascading effect on the security situation, but also spoil the BJP’s pitch that it has completed the integration process without spilling blood.

Security agencies say there has been a huge drop in infiltration attempts from Pakistan, but the recent drone strike on the Jammu airbase is a reminder of the simmering unrest. “Whether it is a cross-border strike or an attack by a local, disgruntled group, the fact is that attempts are being made to disrupt the peace,” said a senior official.

The fact that the Hurriyat Conference was not invited to the Delhi meeting makes it evident that Modi and Shah continue to be more hardline than their predecessors, A.B. Vajpayee and L.K. Advani. “Though the government has tried to demonise the separatists by calling them corrupt, anti-national dynasts, they should have talked to them like Vajpayee and Advani had done,” said Ansari. “It is the separatist leaders who are considered part of the problem as far as security situation in J&K is concerned.”

The home ministry, however, feels that the Hurriyat leadership has been exposed. Many have been arrested, while others like Syed Ali Shah Geelani have distanced themselves from Hurriyat. “Talks cannot be held with those carrying guns,” said an official.

The government is aware that India’s image as a stable regional power is linked to peace in Kashmir and normalcy in ties with Pakistan. The all-party meeting did not discuss the Pakistan issue, but the government recognises Kashmir’s significance in maintaining stability of geopolitical equations. “In any scenario,” said a home ministry official, “the sooner Jammu and Kashmir adopts a new assembly and completes democratic processes, the better it is for peace and stability.”