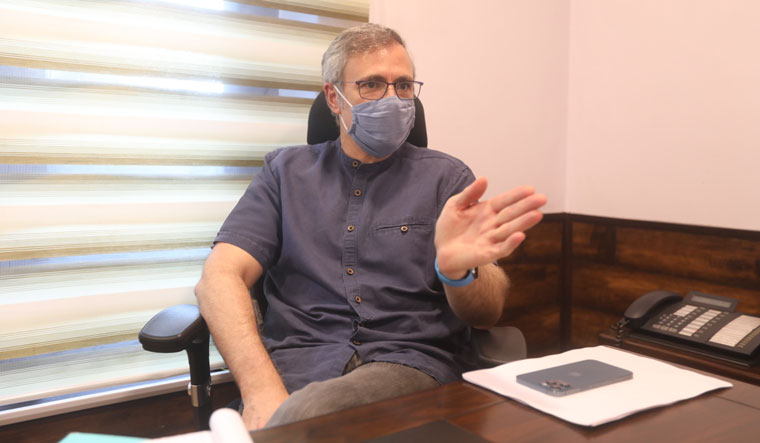 Omar Abdullah, former chief minister of Jammu and Kashmir and vice president of the National Conference, was among the politicians Prime Minister Narendra Modi met on June 24 to discuss the political future of J&K. In an exclusive interview with THE WEEK, Omar spoke in detail about the meeting and his concerns about Kashmir’s future.

How was the meeting with the prime minister?

It is a start. Most of us, except maybe one or two, have had no contact with the Government of India since 2019. To that extent, the onus was on the government to break the ice.

Can you highlight a few achievements of the meeting?

I think the prime minister heard first hand from the people of Jammu and Kashmir about the disquiet and unhappiness about what happened on August 5, 2019.

CPI (M) leader M.Y. Tarigami, the chief spokesperson of the Gupkar Alliance, told THE WEEK that he returned empty-handed from the meeting.

Was there no agenda for the meeting?

There was no agenda, which, in some ways, made it better as one could speak whatever one wanted to. If the agenda was limited to statehood or elections, then we would have been restricted in what we could or could not say. The participants could choose what they wanted to say and how they wanted to say it. In all fairness to our hosts, they did not interfere or try to silence anybody. Some of the participants did some plain-speaking on the extent of mistrust and anger in J&K over what happened on August 5, 2019. I am sure these were not pleasant, but neither our hosts nor the political parties that are ideologically opposed to us tried to silence us.

What do you have to say about the impression that the BJP is pushing its ideological agenda in the Muslim majority Jammu and Kashmir to disempower its majority?

What becomes of the agreement your grandfather had with the Union of India that J&K, a Muslim majority state, will enjoy certain powers?

Was there a discussion on Article 370?

Yes. At least four participants spoke in detail. One made a passing reference.

There were reports that Muzaffar Baig of the People’s Conference interrupted Farooq Abdullah, saying the issue of Article 370 could not be discussed as it was sub judice.

Dr Sahib (Farooq Abdullah) and Mehbooba Mufti Sahiba told Baig how his interventions in the meeting were contrary to what he had said earlier. He has worn different hats previously. On August 5, 2019, he was with the Gupkar Alliance. But he told the prime minister that he did not belong to any political party.

Did the prime minister respond when Farooq Abdullah raised the revocation of Article 370?

Our job was to put our point across. The prime minister and the home minister were there to listen.

The meeting is over. What next for J&K?

I think to a great extent that depends on the Centre. The prime minister said he wants to remove ‘dil ke doori, dili se doori’ [ distance between hearts and distance from Delhi]. That being the stated aim, many speakers have talked about the mistrust and the reasons for it. Farooq sahib went all the way to 1947 and reminded the prime minister about the promises that have been made to the people of Jammu and Kashmir from time to time that never saw the light of the day. He told them the onus to remove the mistrust lies primarily with New Delhi. The prime minister was reminded that the BJP’s struggle to remove Article 370 lasted for 70 years. We are under no illusion that what we are trying to achieve will be achievable in 70 days or 70 weeks. But we are not going to give up.

There is an impression that the Gupkar Alliance is sidestepping the issue of Article 370 and focusing on the restoration of statehood.

We will continue to suffer like this while we wage our long struggle. But assuming that this struggle is going to go on for a few years, should we not get relief where we can get it? If some amount of power can be returned to the people that they can use for relief, then what is the harm? I have made it very clear that I have no intention of fighting the elections for the time being, so I am saying this not because I am desperate to become chief minister.

There is a general sense of unease about contracts, jobs and land being transferred to outsiders. If J&K gets full statehood, most of these issues can be addressed by the assembly. Don’t think even for a moment that just because we are talking about full statehood, it is a compensation for what happened on August 5, 2019. Our political, legal and constitutional struggle to overturn what happened will continue. But if I can get relief for my people in the interim, then I think it is pragmatic to do that. 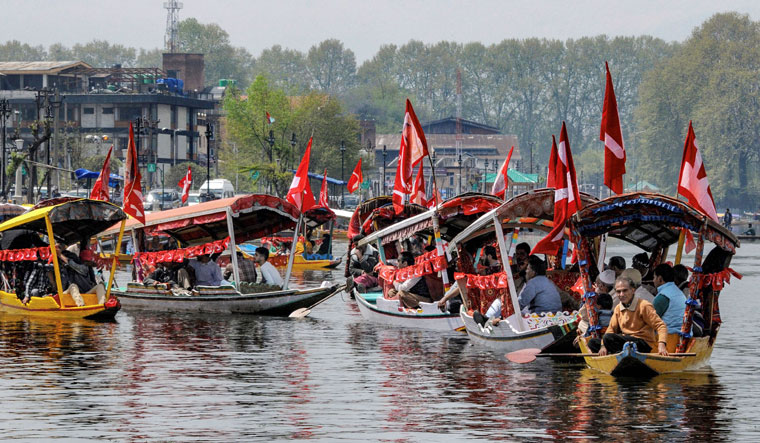 How far is J&K from full statehood?

The prime minister and the home minister reiterated their commitment to restoring statehood to J&K. In the meeting it was made clear by Ghulam Nabi Azad, representing views held by others as well, that the timeline should be statehood and then elections. We will continue on Q/

Union Home Minister Amit Shah did talk in Parliament about restoring statehood, but he has linked it with delimitation and elections.

Was it brought to the home minister’s notice?

Yes, it was. He said delimitation was a constitutional requirement.

Is the NC now participating in the delimitation process?

There has been no fresh move on the part of the Delimitation Commission. The party has authorised Dr sahib to take a view as and when necessary. When there is fresh communication from the commission, we will decide at that time.

Will the NC contest the polls after the delimitation is completed?

When the elections are announced, we will sit and take stock of the situation. We do not know under what circumstances elections will take place. That said, we have participated in the district development council (DDC) polls, but that does not mean we will participate in every election. We will wait and then take a call.

So the NC may not take part in the polls?

I do not want to make a headline that the NC will boycott the assembly elections. I am saying that as of now, we have no timetable for the elections, nor do we know the circumstances under which the elections will take place.

Will it be the sole decision of the NC or the Gupkar Alliance whether to contest the polls?

I have not attended the recent Gupkar Alliance meetings and I am not aware whether there has been any conversation about elections. That is a question for the members of the Gupkar Alliance.

Critics say that by participating in the DDC polls, the Gupkar Alliance normalised the changes made by the Centre in J&K.

How do relate people earning their daily bread to the political question and future of J&K?

Let me make a wider point. It is also important to show the BJP from time to time that people are not with what they did. I think to a great extent, the DDC polls did that.

If the Gupkar Alliance has shown to the BJP and the world at large its strength, it can now stay from the assembly polls?

Again, I am going to make the point that no election has been announced so far. It would be premature and irresponsible on my part to walk down any particular path. Who knows what circumstances will exist when polls are announced.

You said you would not contest elections as long as J&K remains a Union territory, irrespective of your party’s decision.

Yes. I am not contesting.

How would you explain not contesting the polls, if the party decides to contest?

For decades, you had the Shiv Sena contesting the polls and nobody from the Thackeray family participated. There are numerous other examples where parties have fought elections and the senior member of a family that the party is associated with have not contested the elections. My not fighting the polls has no bearing on the party. The party will make its own decision.

Do you think if statehood is restored a lot of changes made by the Centre can be undone?

I believe so. If states like Gujarat, Maharashtra and Himachal Pradesh can protect land and jobs for their state subjects and domiciles, then why not J&K? I am not saying that statehood is a substitute for what has been taken from us over the decades. I am saying it is a stopgap arrangement right now to check the threat J&K faces and it will give people a sense of relief. We will be once again able to protect lands, jobs and contracts for the bona fide domiciled residents of J&K.

In that case, wouldn’t statehood take precedence over the restoration of Article 370?

No, it will not. This is why I keep making this point because I know it will be twisted. It will be risky if we were to say that everything else can wait until Article 370 is restored. We don’t know how long this fight will take. By then, we should not reach a point where turning back will be impossible. If we can take a corrective measure now, we should.