This is the Maoists’ last fight 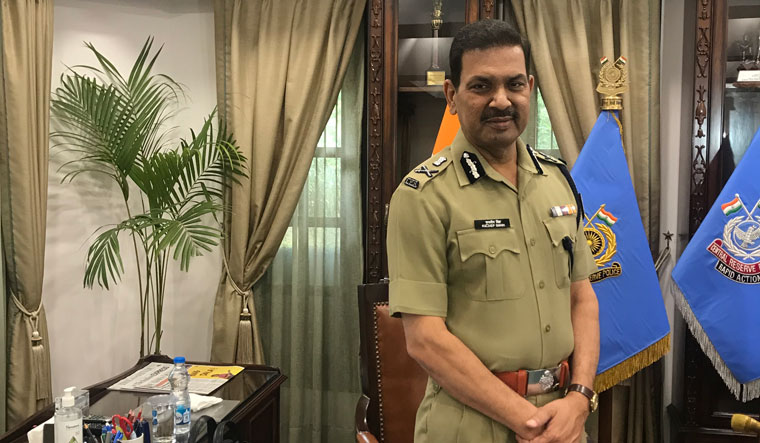 Q/ Were there specific intelligence inputs before the joint anti-Naxal operation?

A/ The PLGA’s battalion number one of Bastar is active in this region. We were getting information about a large congregation of Maoists for a week or so. So, we planned operations from several angles. One operation was also planned from Tarem, which is deep inside. More than 450 security personnel were inducted for the operation. It was a search-and-destroy operation. During the search, nothing was found.

Q/ How did the Naxalites trap the security forces?

A/ After the search early morning of February 3, the security forces were returning. As soon as they reached Tekulguda, a nearby village that is surrounded by higher ground, shells of country-made UBGL (Under Barrel Grenade Launcher) were fired from all around. The Naxals started closing in on the security forces, who fought valiantly.

Q/ What kind of firepower was used by our forces?

A/ Our forces retaliated strongly with the use of UBGL, rocket launchers and heavy firepower and thwarted the Naxals. During the fire exchange, two security personnel, one CoBRA and one Bastariya battalion personnel were hit. Their mortal remains were being protected by the other security personnel even as heavy fire rained on them. There was a situation where two personnel had succumbed to injuries and the body of a woman Naxal was there along with their recovered arms and ammunition. The forces carried all these in a box formation till they reached a certain place where they could take on the Naxals in a big way.

Q/ Was aerial support provided during the operation?

A/ The security forces requested for a chopper. The chopper finally came and the mortal remains and material were taken away. But when the forces started moving further ahead, they were attacked by Naxals once again. By that time, the 168 battalion of CRPF, which was approximately 4-5km away, also reached there. After the reinforcements arrived, the forces fought together and the Naxal attack was thwarted.

Q/ Since the forces suffered huge losses, was it an operational failure?

A/ To say that it was an operation where we failed or intelligence was not there is incorrect. When we enter the Naxal stronghold areas or their den, there will be resistance. It is natural that they will be aggressive and fight back. We had information that Naxals were present and our forces went in to tackle them and fought very well. I had claimed 25 to 30 Naxals had died and there may be more.

Q/ How far have security forces succeeded in tackling the Maoist threat?

A/ This is the CPI (Maoist)’s last fight. They are surrounded in a 40sqkm area in their stronghold. Since Operation Prahaar was launched in 2017, I have been looking at this area. A few years ago, their area domination was over 100sqkm. Our forces have moved into inaccessible areas and established camps deep inside. Maoists will not be able to have a free run anymore.

Q/ Do you not think a senior commander should have led the operation?

A/ Based on the intelligence available, a senior commander or junior commander or what manner of operation needs to be planned is always thought about. It is not as if there would have been a better way of tackling it had there been a DIG or commandant on the ground.

Q/ Are there coordination problems between Central and state police forces?

A/ Before operations, the security forces personnel live together in the same camp and thrash out their issues. There is coordination, briefing and exercises where they all gel with each other. Their training may be different but each training has some positive points and we use all those points in our anti-Naxal operations.

Q/ What about Centre-state coordination?

A/ Not only are we satisfied, but our forces and our senior leaders are also satisfied.

Q/ Is lack of infrastructure like roads and mobile connectivity hampering movement of troops?

A/ Development activities are for Central and state governments to see. If there is road connectivity, telecommunication is good and internet facilities available then it will not only help security forces but it will help everyone. These things are improving.

Q/ Elusive Maoist commander Madvi Hidma is said to be behind the attack once again. Are you confident of tracking him within a month?

A/ The question is if he survives for a month.