India needs to balance its vaccine delivery, at home and globally 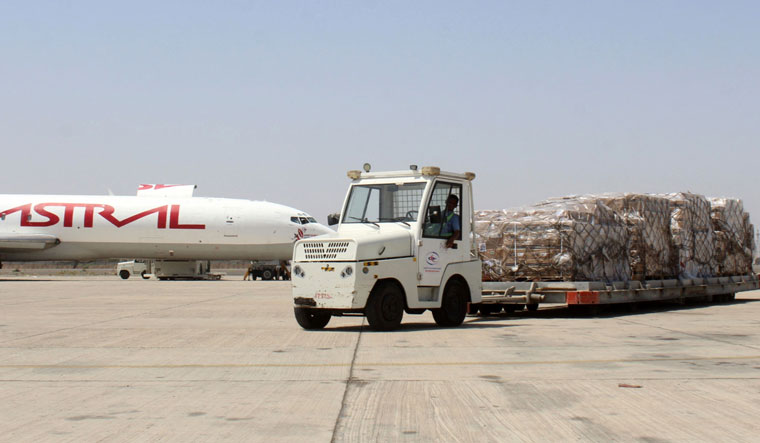 Vaccine management is becoming a fine balancing act for India. Having sold itself as the ‘vaccinator of the world’ and launching the high-optic Vaccine Maitri diplomatic outreach to underscore its position as the global leader at the forefront of the Covid-19 management, India now has to reckon with a ferocious second wave of infections back home that a sluggish vaccination programme can do little to mitigate.

Already, the western media is making caustic observations on India reneging its commitments. Serum Institute of India, which is producing the Oxford University and AstraZeneca-developed Covishield, has delayed supplies to the COVAX programme—an initiative of the World Health Organization, Coalition for Epidemic Preparedness Innovations, Global Alliance for Vaccines and Immunizations (GAVI) and United Nations International Children’s Emergency Fund to provide free vaccines to low-income and middle-income economies—as domestic requirements take priority. Though supplies should be back to normal by May, says GAVI, the delay has dented India’s image, especially in Africa, where the reliance on COVAX is near-total. Director of Africa Centres for Disease Control and Prevention Dr John Nkengasong said he felt “helpless” about this development. Given that production from South Korea, another country contracted to manufacture the same vaccine, too, did not meet expectation, vaccination drives have slowed down in several countries.

The truth is that India has only decided not to expand exports at this stage, while honouring existing commitments. Even now, India continues to supply vaccines to partner nations, most of them as grants. The Nepal Army is one of the most recent recipients, having been gifted a hamper of one lakh doses. Zimbabwe (35,000) and Niger (25,000) were gifted vaccines by India on March 28, while South Sudan got a consignment of 1.32 lakh under COVAX a few days earlier. “I don’t see what the brouhaha is all about,” said Oommen Kurian of Observer Research Foundation. “India itself has a legitimate claim to over 10 crore COVAX doses. With the present surge, even if India chooses to use some of the COVAX doses for itself, leading to some rescheduling, it cannot be read as a ban on COVAX exports.” India is in that unique situation where it is the largest vaccine manufacturer in the world, but also one of the largest beneficiaries under COVAX for all vaccines, not just the Covid-19 ones. So far, India has received one crore doses of Covishield under COVAX.

There was a similar uproar last year when India decided to calibrate its own requirement of generic drugs, especially the silver bullet of those days—hydroxychloroquine. Then US president Donald Trump was agitated enough to threaten “retaliation”. In the long run, however, India was able to manage its drug diplomacy pretty competently.

India has given out 6.45 crore vaccine doses to the world so far (as on April 5), almost as many as it has used itself. Of these, over one crore doses were given away free, while 1.82 crore was under COVAX. “Look at other countries. The UK and the US, for instance, have not exported a single dose,” said Kurian.

If narratives of India looking out for itself before the world are getting louder beyond the borders, within the country, the government has been dealing with accusations of not looking after its own people, but spreading largesse overseas. Prime Minister Narendra Modi’s assurance that India would calibrate exports after assessing its own requirements had not foreseen the second wave. In fact, no model had predicted this scenario in India. The National Supermodel to monitor Covid-19 progression, an initiative of the department of science and technology, had predicted infections would peak in September and taper off by February 2021. The model was accurate upto a point, but it made no mention of the second wave.

It is ironic that despite slowing down exports, India’s other big showcase project—of conducting the world’s largest vaccination drive—has not taken off in a big way yet. Only six per cent of the population has been vaccinated so far. At this rate, it is projected that it could take a decade to cover 70 per cent. In the US, over 15 per cent of the population has got the second shot already. 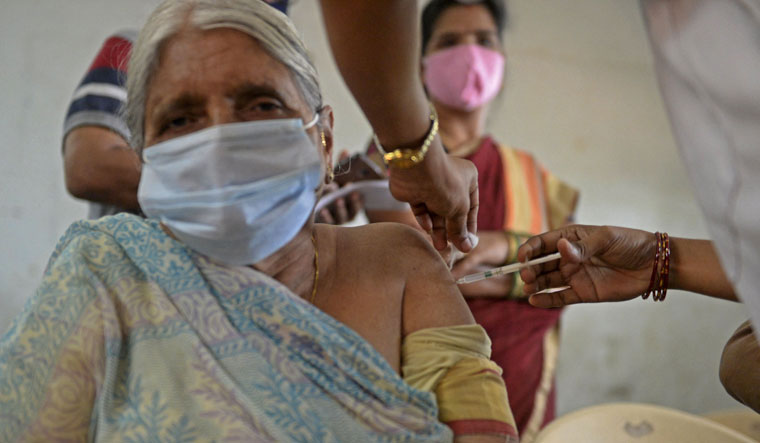 Drive on: Vaccination under way at a government high school in Hyderabad | AFP

The Centre has cried itself hoarse saying there is no shortage of vaccines. Health ministry officials claim it is not so much of vaccine resistance as it is a general pandemic fatigue and apathy. Several regions, including Punjab and Chandigarh, which are at critical stages at present, have not been able to inoculate all their health care workers yet, let alone reach out to the vulnerable populations. From April, the government has opened up vaccinations to all above the age of 45, irrespective of their comorbidity status, in a hope to expand coverage. The reasoning is that almost 86 per cent of Covid-19 deaths occurred in the 45-plus age bracket, so the most vulnerable population will be covered. Earlier, the government had planned a 30 crore population coverage, including health care and frontline workers and people over 45 with comorbidities. “Given that the 45-plus population in India is just 28 crore, the new announcement is not an expansion of coverage,” Kurian pointed out. Indeed, India is a young country, over 65 per cent of its population is below 35.

There is a demand for a universal adult vaccination approach now. Delhi Chief Minister Arvind Kejriwal said that once permission is granted, the entire city can be inoculated within three months. Kejriwal even made vaccination centres run for 12 hours a day, but the response is still tepid. Poor turnout is one of the biggest reasons for vaccine wastage. For once a vial is opened and there are not enough candidates, the unused doses have to be discarded as the cold chain is broken. At last count, India had already wasted 23 lakh doses. In its last meeting with states, the Centre has asked them not to stock up for the second dose, as supplies will be replenished. It has also asked them to keep vaccine wastage below one per cent; the national average is six per cent at present. However, the Centre is still preferring a graded approach, perhaps because despite assurances, vaccine production is still slow. The rejection of the Russian Sputnik vaccine’s permission is a setback at a time when more vaccines are required.

V.K. Paul, NITI Aayog member and head of the country’s Covid-19 task force, rued the private sector’s poor enthusiasm in the vaccination drive, pointing out that only 6,000 centres were being run by the private sector, when the capacity was for 20,000.

The days ahead are likely to be tough on India, as it manages global perceptions and commitments on one hand and sorts out its own headache of rising cases and poor vaccination progress on the other.