How elections, cricket and carelessness led to the second wave 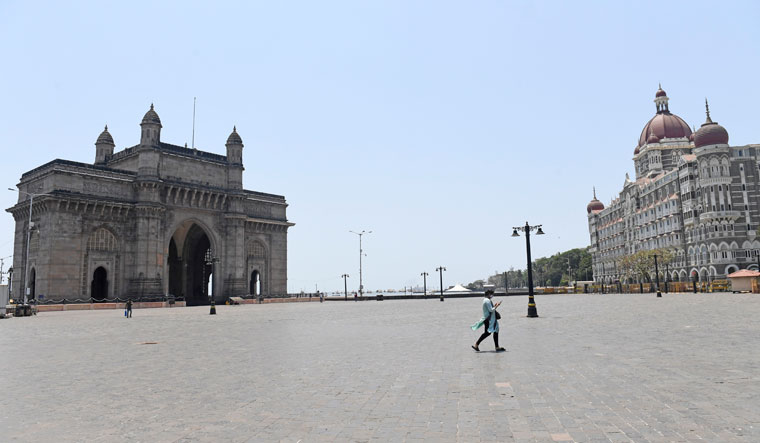 The silent city: Even before the current lockdown, mandatory testing was implemented in tourist places in Mumbai, making them largely deserted | Amey Mansabdar

In January, the Union government told the Rajya Sabha that the pandemic was on the decline in the country. But, by the second week of March, the scenario changed and has continued to get worse. On April 5, India recorded more than one lakh fresh Covid-19 cases, its highest one-day spike ever.

Despite the emergence of mutant strains, experts say the surge is mainly because of crowded gatherings and events, free movement of people post unlocking and a lack of Covid-appropriate behaviour.

As the second wave grips the country, Maharashtra has been worst affected, so far. It recorded an unprecedented five lakh plus cases in less than a month. The 57,000 plus cases it recorded on April 4 was an all-time high 24-hour spike; the state’s caseload stood at over 30 lakh. Mumbai, which accounted for around 4.5 lakh of the cases, also hit an all-time high 24-hour spike (11,163) on April 4. To tackle the surge, the state government announced a night curfew and weekend lockdown till April 30.

The spike in cases first became evident in February in western Maharashtra’s Pune and Satara districts and Vidarbha’s Yavatmal and Amravati districts. It subsequently led to the imposition of lockdowns and stringent restrictions. The rural areas of Amravati reported a higher number of cases than the urban areas, continuously for a week. This is consistent with the emerging trend of infections in the second wave.

“The second wave of Covid-19 is peculiar in many ways and in Maharashtra itself, which is badly hit for the second time, various trends emerge,” said Dr Shahsank Joshi, a member of the state’s Covid-19 task force. “The first wave was limited to the urban areas and metropolises to a large extent. This wave has spread its tentacles to the remotest areas and has affected entire families and households. In Maharashtra, for instance, it started in Vidarbha and Marathwada where the people were not exposed to the virus earlier.”

He added that the rise in cases was in tandem with a lack of Covid-appropriate behaviour and zero masking. “Because these people were never exposed to the virus, they thought it had disappeared,” said Joshi. “Then, gram panchayat and local body elections happened in Maharashtra and Kerala, and because of non-compliance to Covid rules, we started getting clusters of hotspots.” On March 17, the Central government, too, highlighted that the virus was moving “closer to rural areas” alongside its spread in tier-2 and tier-3 cities. 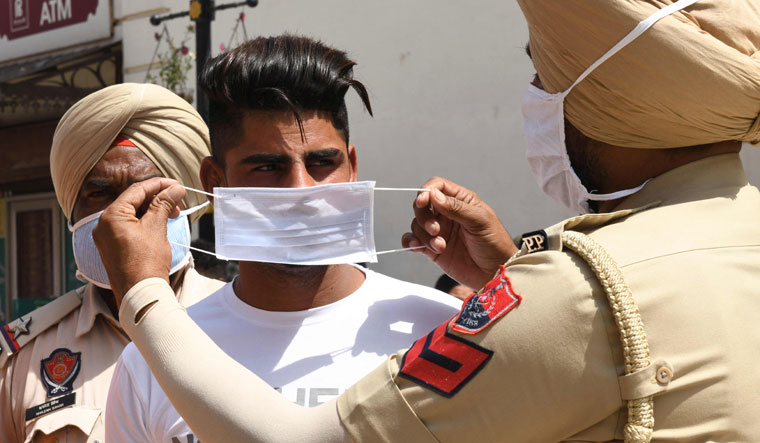 On March 24, the health ministry said that a new and highly infectious strain, which may render vaccines less effective, was detected in India. However, this possibility has been ruled out by most, saying that the new double mutant variant (L452R+E484Q) has so far not been found in numbers sufficient enough to establish a link with the surge in cases. “At this stage, it is difficult to say that it is the causal factor,” said Dr Raghini Ranganathan, public health official and epidemiologist. “Any correlation between the emergence of the variant and the increase in spread and fatalities will be coincidental, at present. Unlike the UK variant (it was established that the transmissibility had increased and case fatality rate remained low), we do not have proof for the Indian variant. The Brits went into fresh lockdown once that variant was discovered. But, mutations happen all the time and the 71 variants of the novel coronavirus that have been identified so far behave ‘uniquely’.”

In March, more than a dozen states, including Punjab, Karnataka, Gujarat and Madhya Pradesh, and the Union territories recorded their highest numbers in the second wave and accounted for close to 78 per cent of all fresh Covid-19 cases in the country. Delhi, too, saw a sharp spike in cases in the last few weeks.

Punjab and Chandigarh are a cause for concern as cases are rising alarmingly. These regions have been very slow with the vaccinations. In fact, the Centre dispatched a team to Chandigarh to help guide local officials on managing the surge. The team comprises experts from Ram Manohar Lohia and Safdarjung hospitals in Delhi and is led by Vijoy Kumar Singh, additional secretary and financial adviser, ministry of textiles.

The seriousness of the situation can be further understood by looking at the R-naught (R0) of India. R0 is a value which calculates the average spreadability of an infectious disease. And experts say that India’s current R0—close to 1.13—is “extremely worrisome”.

A professor from the Tata Institute of Social Sciences, who requested anonymity, said that it was not just the people who are to be blamed for their Covid-inappropriate behaviour. “Why has there been an absence of precautions during elections and rallies across Kerala and other states?” he asked. His concern rings true especially in relation to Gujarat where elections, cricket matches and wedding ceremonies have contributed to the high number of cases in the second wave. 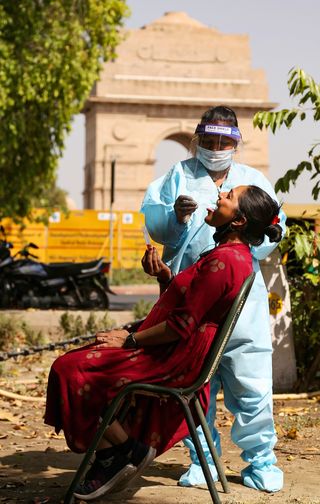 Only after three T20 matches between India and England were held at the Narendra Modi Stadium did the Gujarat Cricket Association announce that spectators will not be allowed. Till then, it had allowed 50 per cent entry into the stadium, which has a capacity of 1.32 lakh. Nearly 80 per cent of spectators shunned masks. The virus infected 100 people at IIM Ahmedabad after five students attended one match. Ahmedabad-based senior pulmonologist Dr Parthiv Mehta told THE WEEK that the second wave is more serious than the first one because there is no lockdown and that the average duration of hospital stay could increase by 20 per cent to 25 per cent as compared with the first wave.

Health department officials from different parts of the country agree that a minimum of four months are required to see if vaccination has had any positive impact. In the meantime, the second wave could continue to push the surge in cases. “The second wave is highly transmissible,” said Dr Rahul Pandit, intensivist at Fortis Hospital in Mulund, Maharashtra, and a member of the state Covid task force. “It spreads very fast, even if it is less virulent or severe than its counterpart in the first wave. We have a large number of asymptomatics around us who are aiding in the fast transmission of the virus.”

The ongoing assembly election campaigns have further added to the spike in cases. West Bengal saw a 10-fold surge in the number of cases at the end of March. “The situation is grim across 19 districts of West Bengal,” said noted clinical trial expert Dr Subhrajyoti Bhowmick.

Karnataka, too, has been witnessing a sudden exponential increase in cases. Dr K.V. Thrilok Chandra, health commissioner, Bengaluru, said that interstate movement of people had led to the spike in cases in the state. He added that people have not been following Covid-appropriate behaviour. To make matters worse, some Kannada actors have held promotional events for their movies. “In many gated communities in Bengaluru, we have had cluster outbreaks,” said Chandra. “In view of the second wave, the state has imposed restrictions on public celebrations.”

Adding to the problems is a mix of hesitance and complacency among people across the country with regard to vaccination. “On the one hand, we have people who refuse to get vaccinated because of stigma and have to be literally pursued; on the other, we have those who got vaccinated moving around with the abandon of a child, thinking that the virus cannot infect them now,” said Dr Archana Patil, director of health services in the government of Maharashtra. “This is also a big factor that has led to a spike even as the state continues at the forefront of vaccinations, having vaccinated close to 58 lakh citizens so far, with close to 11 lakh in Mumbai alone. More people have to come out for it and behave responsibly after getting the shot.”

Health experts said that those who test positive for the variant are more likely to report persistent dry cough, tiredness, muscle aches, sore throat and fever compared to those who have the original strain. Mehta, who is also on the Gujarat government’s panel to tackle the virus, said that in second wave infections there is more thrombosis in the lungs. He said that the severity of the problem was not reflected in CT scans and X-rays and had to be correlated clinically.

“This second wave has an immune escape phenomena,” said Pandit. “Which means if people have gotten vaccinated and [despite] whatever immunity they have developed, this virus will infect them. And people who had immunity by way of the infection in the first wave will still get the infection.” Pulmonologists have come to a consensus that the second wave is affecting younger people (aged 20-40) and children, too, and that it is less symptomatic in the first week.