Was wrong to reinstate Vaze 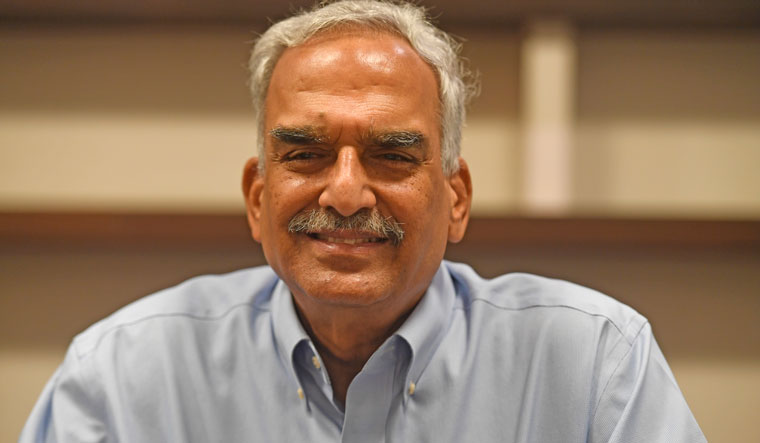 Q/How has this controversy affected the Mumbai Police’s image?

A/It has deeply dented the image of the Mumbai Police, which has always been known as a premier force comparable with Scotland Yard. But controversies keep happening. It will come out of it. All we need is good leadership, which is lacking now.... The Mumbai Police’s image has taken a beating because of the non-professionalism of senior officers and the allegations that they manipulated their postings using their good relations [with politicians] or by money.

Q/Do you think political patronage of corrupt cops is responsible for this?

A/Yes. Because of inefficient and non-professional leadership, the morale of the force is low and nobody is willing to take action against criminals. Political interference has always been there; it is like this air you breathe. But it is your choice to take it or leave it. That is where leadership comes in. If you are non-corrupt, risk-taking and efficient, no politician will come to you asking for anything. During my tenure, politicians never came to me asking for anything illegal. Asking is their job, denying is your job. If they have given the post [on] your asking, they will control you. But if you have earned it on merit, you will be the controlling authority. In recent times, top police officers have requested [postings] so [the force] has compromised on candidates.

Q/Param Bir Singh has worked under you. Would you call him a competent officer?

A/When he was with me as deputy commissioner (crime) in 1998—I was joint commissioner then—he was competent. I can say that because I wrote his ACR (annual confidential report).... He has now climbed ranks and I am not aware of the changes he has gone through.

Q/Was it wrong to reinstate Sachin Vaze and give him a Crime Branch posting?

A/There is a procedure to review all suspended officers periodically, and the competent authority takes a call on their reinstatement. But if only [Vaze] and nobody else was reinstated, then there is something fishy. And the way he was given the plum post... that was wrong. The politicians might have brought him in, but it was the executive authority that gave him the important cases. I do not think the chief minister or home minister told the leadership which cases to hand over to Vaze. So, it was wrong to reinstate him when he was facing a murder trial, working in the Shiv Sena and running private companies. It is additionally wrong to give him the most important post and allow him to jump hierarchy.

Q/Do encounter specialists misuse their position and turn into liabilities?

A/There is nobody called encounter specialist and there is no word ‘encounter’ in legal parlance. Section 100 of the Indian Penal Code says that anybody can use the right to private defence when it comes to protecting one’s property, modesty and life. That is the law under which the police is doing it. Trigger-happy inspectors are an idea romanticised by Mumbai’s media and Bollywood. From 2002, there has been no shootout in Mumbai, so there is no place in Mumbai for any of these so-called encounter specialists. They are irrelevant now.

Q/Does a transfer racket exist in the police force?

A/It is widely spoken about and we have reasons to believe that it could be there.

Q/What do you think of this entire exercise?

A/It was a juvenile attempt by imbecile people to extort money from the richest person. That, too, by planting a non-explosive gelatin stick without a detonator. The problem is that because of this the image of the police has taken a beating. It was a misadventure. Moreover, how can an officer being in the police attempt to commit a crime?