It was just 10 years after the Battle of Plassey (1757)—which paved the way for the start of British rule in India—that the colonisers established the Survey of India, which today is India's oldest scientific institute. The British were ruling a new land, and, their need for cartographic details of the region, fuelled by their thirst for discovery, soon had them launch the phenomenal scientific exercise, the Great Trigonometrical Survey. This not just helped them map the land, but also understand its curvature.

The GTS was an exploration like none other, famously known for killing more men—malaria, tigers and scorpions waiting to claim survey parties—than any contemporary war. From 1800 onwards, the surveyors braved forests and floods, snow and sickness, as they trod into hostile lands. Sometimes, these expeditions were conducted in such secrecy that the surveyors even calibrated their stride to ensure they knew the distance covered at the end of the day, by the number of steps they had taken—which was surreptitiously recorded by moving prayer beads, one bead for a certain number of steps. 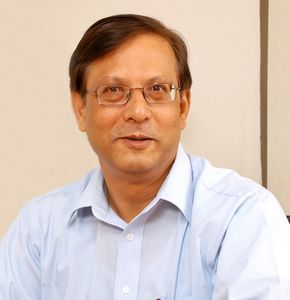 Was it any surprise then, that the British rulers guarded their cartographic repository jealously, making it a laborious exercise in red-tapism for anyone who needed a map? Then, as in now, knowledge was power, and maps were those scrolls of knowledge that helped win wars, extend territory and even rule well.

Independent India inherited its erstwhile rulers' paranoia about letting maps out in the public domain. It also added further layers of protection, with the ministry of defence bringing the distribution of topographic maps under the Official Secrets Act in 1967. “India has a fraught neighbourhood and many security challenges,” explains Lieutenant General Girish Kumar VSM, retired, former surveyor general of India. “However, realities have changed now, with technology making these maps freely available to people. It was time to ease the restrictions.”

And, that is exactly what the government did in a bold move on February 15, when it announced its new geospatial policy, which frees all geospatial data obtained using public funds, except classified data, from the quagmire of prior approvals and security clearances. What this in effect means is that map makers and those who use maps are free to use the data without the fear of being dragged to jail for violating the Official Secrets Act.

Private firms, as well as researchers, had long been seeking a change in the strict map policy. So outdated was the map rule with the needs of the nation that often, even government departments had to wait endlessly for permits coming through. This was certainly not in sync with the requirements of a nation with huge developmental ambitions. The government's National Map Policy of 2005, which got implemented only a decade or so later, divided maps into two categories—defence series and open series—and made the open series available for the public. However, there were so many riders, that in effect, people said the move was merely putting old wine in a new bottle. For instance, any map prepared on a scale larger than 1:4 million required a one-time security clearance, any value addition on such a map required further vetting. So, even adding the information about a new pothole on a road in a navigation map, technically, needed to be vetted by the government. 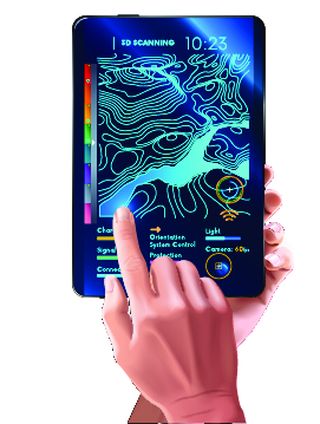 In fact, so tight was the map regime, that a huge swathe of activities being done today—for instance, a food delivery service providing its customer with the real-time location of the delivery boy—was illegal. The government did not catch people for these “violations”, knowing how redundant the rules were, or perhaps, because it was too short-staffed, but this did not eliminate the risk of an enterprising businessman or techie finding himself spending the night in lockup.

The February 15 announcement, therefore, has come as a pleasant surprise. Ashutosh Sharma, secretary, department of science and technology, announced: “There is no point in withholding data that is already freely available globally, sourced through satellite imagery. Now, the restrictions will be more on attribution rather than the area of surveying, the government's role would be to ensure sensitive material does not get attributed to maps.”

The government also used this move to give a booster shot to the Atmanirbhar Bharat drive, giving desi players the environment to grow in. The deregulation is complete only for “Indian entities”, said Sharma. Foreign entities would still need permissions. Also, only Indian entities can acquire and own high-definition data (a resolution of 1m horizontally and 3m vertically), and store it within India. Data can be licensed to foreign entities, not owned by them. Similarly, only Indian entities can map terrestrial mobile street views, or map and survey territorial waters.

“The policy is beyond expectation,” said Rakesh Verma, co-founder, chairman and managing director of MapmyIndia, the country's largest location technology and digital mapping company that has tied up with the Indian Space Research Organisation for providing geospatial services. He pointed out how challenging it was to gain market share when global giants gobbled up space. Android phones, for instance, have a deal to pre-install Google Maps on all their devices.

By government estimates alone, the geospatial and solutions industry is pegged as a Rs1 lakh crore business by 2030. Geospatial solutions are intrinsically required in modern-day living, whether it is for finding the easiest way out of the city or locating the nearest Swachh Bharat toilet. “Today, 14 per cent of the GDP goes into logistics and distribution,” said Verma. “Using geospatial data ably can reduce this to 9 per cent.”

There are questions on how the government will ensure that geospatial data remains within India. It is reported that there are rumblings of disapproval within the MoD over the geospatial policy. “There will always be violations,” said Kumar. For instance, South Korea, he said, has a tight geo-fencing of services, which does not allow downloading beyond its national borders. “[But] we can monitor services, see who is accessing what and from where, by using technology properly.”