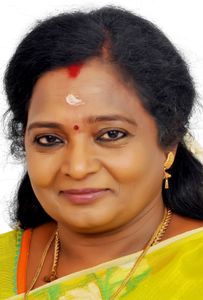 Q/ You have been governor of Telangana for more than a year. But the role of a lieutenant governor is quite different.

Q/ Was Kiran Bedi removed because she did not have a smooth relationship with the elected government?

A/ I have just taken over as lieutenant governor. I do not know what happened earlier and the nature of her relationship with the elected government. But now my work is to ensure that peoples’ welfare is given prime importance. The first file I took up was on providing aid to SC/ST students and the second one was on HIV patients. The third was the letter submitted by opposition MLAs saying the elected government has lost the majority.

Q/ Is the BJP working towards implementing its Congress-mukt Bharat (Congress-free India) slogan in Puducherry, too?

A/ I am the constitutional head of a state and I cannot comment on political questions. Any elected government will have to have the numbers to run the government effectively. If there is political instability, then the people are the sufferers.

Q/ Do you think Bedi became unpopular because she was very active in day-to-day administration and former chief minister V. Narayanasamy was gaining sympathy among the public because of her aggressive role?

A/ I do not want to comment on this. I do not know what actions she had taken during her tenure. When I met her, I thanked her for the service she rendered to the people of Puducherry. But each person will have his or her own way of functioning. And it was most probably Ms Bedi’s style of functioning. My primary focus is that the people are superior and they have more powers in a democracy.

I do not want to comment on her performance or on the chief minister’s comments. But I understand that certain schemes that are beneficial to the people of Puducherry were withheld. I will certainly look into this and ensure that the welfare schemes are carried out effectively.