We have felt hostility from the DMK 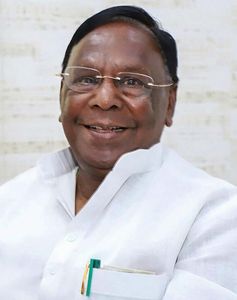 DMK leader S. Jagathrakshagan said that his party will contest in all 30 constituencies in Puducherry. What do you have to say about this?

The DMK leadership and Jagathrakshagan have already clarified that this was said to boost the morale of the cadres, which every party leadership does during elections. DMK leader M.K. Stalin said the alliance (Congress-DMK) would be discussed after the election dates are announced. He also said that the alliance will continue. Similarly, our leader Rahul Gandhi has said that Stalin will be the chief ministerial candidate of our alliance in Tamil Nadu. So, there is perfect understanding between the Congress and the DMK.

But the DMK seems to be opting out of the alliance. Do you see any particular reason for it?

There are no cracks in the alliance as of now. We have had a good relationship over the past four and a half years. The DMK was with us inside and outside the assembly. They supported us in every forum and we have reciprocated. But suddenly, we have started feeling an unfriendly, hostile attitude from the DMK. But this, too, will be settled in the near future and the alliance will stay intact in the interest of the people.

Will the Congress go it alone in the elections?

As of now, as I said, the alliance is intact. But there have been several occasions when we have contested alone and won. The alliance is for the leadership to decide.

How will the recent exodus of leaders affect your party?

Namassivayam was a minister in my cabinet and Theepainthan was a prominent face and MLA. But except these two, no prominent face from our party has left to join the BJP. There are not even 10 people with Namassivayam. Even people from his own constituency have disowned him. The people he appointed when he was chief of the Puducherry Congress unit have also resigned, which means they were just loyal to him and not the party. With him, the BJP may not be able to claim victory in Puducherry.

Will you be the chief minister candidate for the Congress-DMK alliance?

It is for the high command to decide. I have done my duty as chief minister.