There is no bar on any kind of political activity 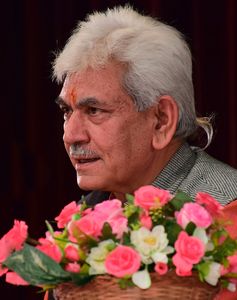 Manoj Sinha was appointed lieutenant governor of the Union territory of Jammu and Kashmir last August. An IIT-BHU graduate, Sinha has thrice represented Ghazipur in the Lok Sabha and was minister of communications and minister of state for railways in the first Modi government. He was one of the frontrunners for the post of UP chief minister after the BJP won the 2017 assembly polls. In 2019, he lost to Afzal Ansari of the Bahujan Samaj Party in the Lok Sabha elections.

Sinha’s appointment is seen as the Union government’s attempt to address the political vacuum created after the revocation of Jammu and Kashmir’s special status. As lieutenant governor, he has been on a development mission. In an exclusive interview with THE WEEK, he spoke about the path to strengthening development and democracy in the Union territory. Excerpts:

How has been the experience as lieutenant governor?

It has been good. I must say the people of Jammu and Kashmir are very capable. For some reason, this capability has not been tapped properly. The status that J&K should have achieved in economic development has not been achieved. But there are a lot of opportunities.

What challenges and opportunities have you identified?

Around 2,000 people have died of Covid-19 in J&K. But the pandemic has largely been under control. How was it done?

We controlled it with effective measures. We also took help from the prime minister and the World Bank to upgrade our health infrastructure. We are now in a position to provide ventilators in district hospitals, too. The prime minister has also sanctioned two All India Institutes of Medical Sciences, [nine] medical colleges and a bone and joint hospital to augment the health infrastructure.

What are the projects in the pipeline to upgrade the health infrastructure?

In the new industrial policy that we have unveiled, the service sector has been given industry status. We are planning to develop at least two medi-cities, one each in Kashmir and Jammu. A medi-city will have a hospital, a diagnostic centre and medicines. We will work to extend, through the private sector, similar facilities to other districts.

The policy also offers an incentive of Rs28,400 crore in the years to come. The scheme will take industrial development to the block level and encourage new investment. It covers a GST-linked incentive, which is quite large compared to the Rs1,150-crore incentive prime minister Vajpayee had announced. We are giving 50 per cent subsidy on investment up to Rs500 crore in backward areas. The service sector will cover tourism, horticulture, food processing and packaging.

What has been the response from major industrial houses in India?

The way industrialists are contacting us, I am confident that in the next few years, J&K will get an investment of Rs20,000 to 25,000 crore. Five lakh people will get jobs. We have started to reform laws in line with the new policy. There will be single-window clearance for industrial projects. We are also working on improving infrastructure. 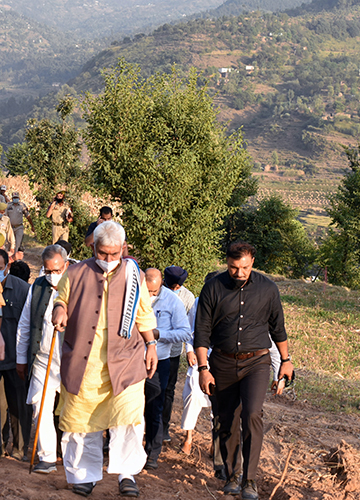 Power crisis is a major issue. What is being done to address it?

We have never been able to generate more than 3,500MW in J&K. When I chaired the meeting for winter preparedness, I was very worried about what would happen to Kashmir in the winter. But I am happy that compared with the previous years, we are providing up to 20 per cent more electricity this year. We have also decided to replace damaged transformers—in 48 hours in rural areas, and in 24 hours in urban areas. We have achieved a success rate of 96 per cent in this regard.

We recently signed a memorandum of understanding with NHPC Ltd. The hydel power sector is getting an investment of Rs52,800 crore. We are working to generate more than 200MW from other sources. Our transmission and distribution system is very weak, so we recently invited experts to discuss the matter. They prepared a plan for Jammu, and will visit Kashmir next month. Our goal is to provide 24-hour power supply in J&K. You will see visible change in the next eight months.

The first ever elections to district development councils were held two months ago. It was the first major political activity after the revocation of the special status. You must be happy about the success.

It is not about my satisfaction. People of Kashmir and the country are satisfied at the successful conduct of the polls. The elections were free, fair, and concluded without any incident of violence. Some people may make statements under political compulsion; but deep down everybody agrees that such a smooth exercise has never been witnessed before. I would like to thank the voters for their enthusiasm. I am surprised that DDCs were not constituted here when the 73rd and 74th [constitutional] amendments [related to panchayati raj] were implemented in the rest of the country. DDCs will get funding from the government and play their role in the development of J&K.

The polling was 52 per cent overall, but only 35 per cent in Kashmir.

It needs to be compared with the turnout in the last Lok Sabha and local body polls. In the districts, the turnout was three times more. You need to also understand that the people came out to vote despite the severe cold. In South Kashmir, 90 per cent of seats had remained vacant in the last panchayat polls. In the DDC polls, 96 per cent were filled.

Many people feel that the low turnout in the DDC polls reflects the public anger at the revocation of Article 370.

I reject such explanations. If people are angry about the revocation, then they wouldn’t have voted. The way people participated in the polls, I think Article 370 is no longer an issue.

Would you agree that the Gupkar Alliance played its role in strengthening democracy by participating in the polls despite holding a grudge against the revocation of Article 370?

In a democracy, all political parties should take part in elections. This is not a new thing they have done.

Former chief ministers Mehbooba Mufti and Farooq Abdullah have alleged that the Centre is harassing them through agencies like the Enforcement Directorate.

The new domicile law and industrial policy have sparked fears of demographic change. What is being done by the government to dispel such fears?

The domicile certificate merely proves that a person is a resident of J&K. This [talk about demographic change] is a conspiracy to spread a myth. As for the land laws, the old laws were full of contradictions. For example, the ceiling of 182 kanals (22.75 acres) fixed in the [1950] Big Landed Estates Abolition Act was superseded by [the ceiling of] 100 kanals (12.5 acres) in the 1976 Agrarian Reforms Act. Yet both provisions continued to coexist, creating contradiction. What is wrong in abolishing that?

Similarly, the old agrarian act prohibited the selling of land distributed to tillers even after 44 years. This was leading to benami [transactions]. Another example is the Prohibition of Conversion of Land and Alienation of Orchards Act, 1975. It not only prohibited alienation of orchard land, but also restricted the creation of new orchards. If you need [to grant] permission to create an apple orchard, such a law needs to be changed. And, I am saying this with great responsibility, 90 per cent of the land in J&K is agricultural land. Nobody can touch that land, not even the residents of J&K. And if you don’t allot land for industries, how will industries come? That is why we are creating an industrial estate and have earmarked 3,000 acres for that. Another 3,000 acres is being identified.

The government has filed a review petition in the High Court against its decision to strike down the controversial Roshni Land Act, which gave proprietary right to occupants of state land. Why?

The primary responsibility of the government is to protect the rights of the poor. We believe there are a lot of poor people who have unjustly become victims of the court’s ruling against the Roshni Act. We have filed a review petition to provide relief to such people. We have requested the court that we should be permitted to make a law whereby poor people who have benefited from the act can be treated differently from affluent beneficiaries. We have also requested the court to allow us to form a task force under its supervision to identify the major beneficiaries of the act. Our intention is clear: those who have violated the law shall be dealt with.

Some people allege that the government filed the review petition because most of the beneficiaries of the Roshni Act are people of Jammu, where the BJP has wide support.

I reject such insinuations. People in Kashmir as well as Jammu got land [under the act]. There was more land in Jammu than Kashmir. I cannot change this difference.

When will the delimitation process be completed?

The Union government recently merged the J&K cadre of civil services with the Arunachal Pradesh, Goa, Mizoram and Union territory cadre. This has reinforced a sense of disempowerment, as officers from J&K will not be able to serve in their home turf.

I don’t agree. I think a better option is now available for the people. J&K is part of the country. I want to assure those who think this will lead to disempowerment that their rights will be protected. We have also implemented reservation for the scheduled castes and scheduled tribes in J&K. They have now been implemented for the benefit of people.

Are you satisfied with the security situation in J&K?

I think the security situation is very good. The forces have an upper hand. There is excellent coordination between the Army, paramilitary forces and the J&K Police. The situation is so much better that Gulmarg and Pahalgam have come alive again and film crews have returned.

There is a feeling among journalists that the government is harassing them. They are summoned to police stations and questioned about their reports. Is there a policy to intimidate journalists?

I say this with full responsibility: no one will meddle in the work of mediapersons, nor will anyone harass them. But mediapersons should also know their responsibility. If there is an encounter and someone wants to go and capture photos, that is not reporting. I want to assure friends in the media that nobody will be allowed to unnecessarily take action against any journalist.