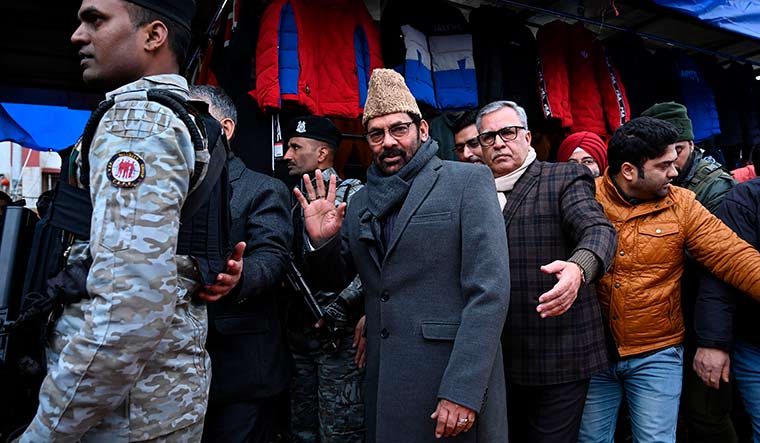 THERE IS AN apocryphal story about how Kashmir has politically engaged with Delhi over the years. In the early 1950s, prime minister Jawaharlal Nehru asked Bakshi Ghulam Mohammad how much public support he had. Bakshi replied that all 40 lakh people in the state supported him. Nehru posed the same question to Sheikh Abdullah and got the same answer. Bakshi had dislodged the Sheikh, with the help of Delhi, to become prime minister of the state. Nehru sought to know how both of them could claim the same number. They told Nehru that it was possible, as everything depended on whom Delhi supported.

“Delhi’s support has been crucial to who runs the show in the state. The politics of the state since the beginning has been such that people also look towards the person who has Delhi’s support,” said a veteran RSS leader who worked in Jammu and Kashmir. “This time, Delhi has made it clear that it is not with anyone. And this has opened up a whole range of possibilities.”

Home Minister Amit Shah is monitoring the BJP campaign, as the poll results will be billed as a referendum on Article 370 that had given special status to Jammu and Kashmir. Also, a favourable result will strengthen the party’s nationalism pitch elsewhere in the country, particularly in states where elections are due next year.

The government’s aim is clear: create a new breed of leaders from the grassroots who can challenge the existing players, and subsequently build an ecosystem where the talk of independence or autonomy is no longer relevant.

“These elections will give birth to new leaders who are intelligent and pragmatic,” said Union Minister of Minority Affairs Mukhtar Abbas Naqvi. The biggest takeaway from these elections, he said, was how people were participating in the process instead of listening to the separatists or alliance leaders. “Their influence is on the wane,” he said.

The BJP has seized the opportunity to attack the Abdullahs and the Muftis, the two political families that have ruled the erstwhile state. Tarun Chugh, who is in charge of BJP affairs in the Union territory, said two private companies, Abdullah & Sons and Mufti & Sons, had wrecked Jammu and Kashmir, both administratively and economically. “The 025,000-crore land scam under the Roshni scheme points the finger at the two families who built their own empires,” he said. The CBI is investigating the scam. 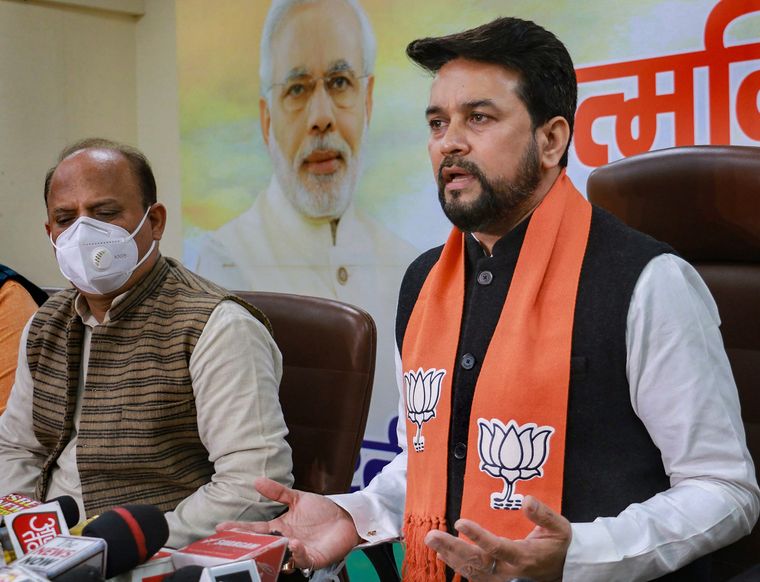 The Union government’s Kashmir policy will be tested through these polls. “It is the first real test for local self-governance in Jammu and Kashmir and it is a good sign,” said former home secretary G.K. Pillai. “But we must remember that nothing works perfectly the first time.”

In its mission to herald political change, the Union government has lent support to independent political initiatives and candidates. The BJP is also keen that the smaller Muslim groups like Gujjars, Bakarwals and Shias gain prominence.

Mohammad Abdullah Paswal, 25, contesting as an independent in Bandipora Arin, is the only candidate from the Gujjar-Bakarwal community in the area. Paswal hails from Kundara village, which got electricity only in 2018. “My village is in such a far-flung area that no one has even heard of it. Development is a far cry, and illiteracy is rampant,” he said. “Electricity, health and education systems are missing. The DDC polls are an opportunity to alleviate the suffering of my people.”

A home ministry official said that the Kashmir policy used to be largely related to internal security, Pakistan and Article 370, but now it was only about development. The next big challenge for the home ministry, which controls key administrative functions in a Union territory, is the effective devolution of powers to local bodies.

Mir Junaid, president of the newly formed Jammu Kashmir Workers Party, said one of the main reasons for democratic processes not being successful there was electoral infrequency. “Another flaw was that the local bodies had near zero role in the developmental process.”

Junaid said the new laws and the inclusion of a new chunk of people in the voter list had made the DDC polls unique and exciting. Paswal, who has a master’s degree in economics, said many educated youth were in the fray this time to shape the future of Jammu and Kashmir.

Ansari, a former interlocutor of Jammu and Kashmir, said the DDC elections should have followed assembly elections. Not much had changed on ground since the dissolution of the PDP-BJP government, said Ansari. “For DDC elections, most contestants are unable to campaign owing to militancy and government-imposed restrictions on mass canvassing,” he said.

While a heavy troop deployment is expected to curb terror attacks, security officials said parties should abstain from labelling rivals as anti-nationals and creating divisions on cultural identities. “Only an unrestrained and free election campaign, mobilising public opinion and dialogue for peace, can motivate people to step out and cast their votes in a free and fair manner,” said an official.

Will these elections herald political change in the troubled region? The process, however slow, may have started.