Muslims have no reason to desert Mamata 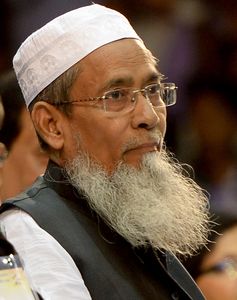 Q/How do you see the current political situation?

A/All opposition parties are afraid today; we discussed this in our (recent Jamiat) central committee meeting in Delhi. If the Bihar elections give the BJP a major blow, we will be a bit relieved.

Q/What about in West Bengal?

A/It cannot be different. Look at Murshidabad. The NIA has found Al Qaeda terrorists there. What could be more laughable?

Q/Why do you say that?

A/Bengal cannot have insurgency. I could have imagined [such a situation] in Kashmir, where there is ground for insurgency. Why should Muslims in Bengal wage war against their own country?

Q/But the NIA says there is evidence.

A/The only evidence is that the boys used to read books of Zakir Naik. Is reading a crime? They used to read the books and they used to converse over the phone about the good and bad [aspects] of that preacher.

Q/Then why would the Central agency charge them?

A/Remember that [Home Minister] Amit Shah has not ruled out imposing president’s rule in Bengal. So it could be part of a larger game.

Q/People feel the Muslim vote is going away from your party.

A/If you are talking about Furfura Sharif, I can say that the situation is very unfortunate. The holy community is divided today. Old people are still leftists today. Another emerging section is blackmailing Mamata Banerjee to get power. The last section [consists of] opportunists and bribe takers. But, by and large, the followers are extremely secular and intelligent.

Q/Have you considered the effect of Asaduddin Owaisi and his party on Bengal?

A/Owaisi saab and his brother talk big and nothing else. He does not have a cadre base in India to convert his appeal into poll success. He is not a factor in Bengal.

Q/Will the Muslims remain with Banerjee in the upcoming elections?

A/There would be some decline as there is an increase in the number of bribe-takers and blackmailers. But, overall, the Muslim has no reason to desert Mamata Banerjee.