Parents of youth killed in Shopian “encounter” speak to THE WEEK 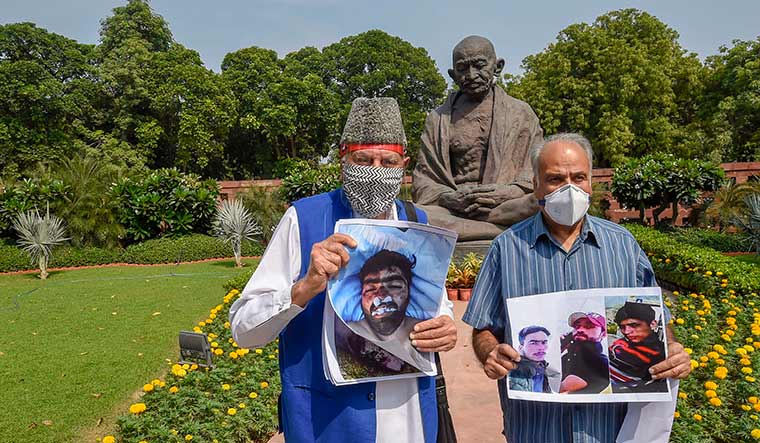 ON SEPTEMBER 18, the Army finally admitted that its personnel had exceeded the mandate of the Armed Forces Special Powers Act, 1990 during an operation at Amshipora in Shopian on July 18, in which three “terrorists” were killed. It said that its statement was based on prima facie evidence found in an inquiry into the operation. The evidence also indicated that the “Dos and Don’ts of Chief of Army Staff”, as approved by the Supreme Court, had been “contravened”.

THE WEEK spoke to the families of the dead and they told the story thus. In March, Abrar Ahmed—a resident of Peeri, Kotranka, in Rajouri district—had returned home from Kuwait. The 23-year-old was excited about building a small, three-room house and catching up with his ten-month-old son.

The construction soon began, but it could not be completed as Ahmed ran out of money in July. As he could not return to Kuwait because of the pandemic, Ahmed decided to go to Shopian, 80km from Rajouri, where his maternal uncle’s son, Imtiyaz Ahmed, a Class 12 student, was working as a labourer to pay his fees.

On July 15, a day before leaving for Shopian, Ahmed spent the night at his aunt and mother-in-law Sifat Jan’s house, also in Rajouri. The next morning, he left for Shopian with Jan’s son, a Class 10 student also named Abrar Ahmed. They took the Mughal Road and reached Shopian in the evening; Imtiyaz was waiting for them. The cousins then rented a room at Keegam for 01,600, and bought some rations. The following day, Imtiyaz called home and said that all three of them were fine. That was the last time their families heard from them.

On July 18, the Army had said in a statement: “On a specific input by 62 RR (Rashtriya Rifles) about the presence of terrorists in the Amshipora area, an operation was launched by them. During the search, terrorists fired upon Army personnel and the encounter started. Later on, the police and the CRPF (Central Reserve Police Force) also joined. During the encounter, three unidentified terrorists were killed. Their bodies were retrieved from the site of encounter. The identification and affiliation of the killed terrorists are being ascertained.” 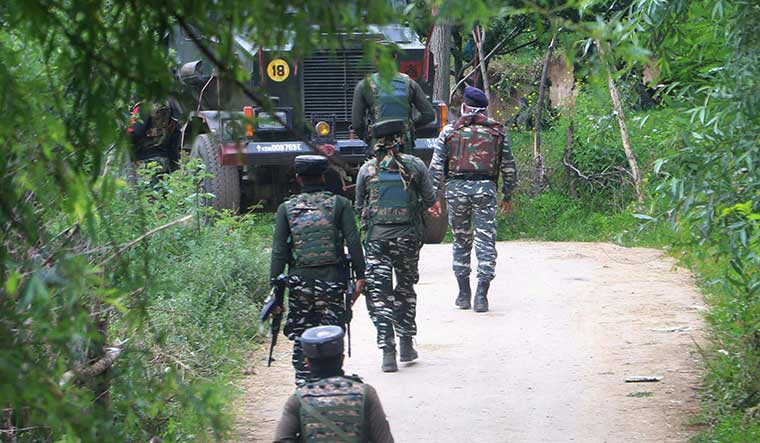 No room for blame game: The Amshipora encounter is the first of its kind after security forces came under the direct control of the Union home ministry | PTI

The statement said that incriminating materials, including arms and ammunition, were recovered from the site of the encounter. It also said that the bodies of the terrorists were sent to Baramulla for their last rites after completing medico-legal formalities, including collection of their DNA. “In case any family claims the killed terrorists to be their kith or kin, they can come forward for their identification,” the statement said.

On August 9, the cousins’ families filed a missing persons’ report; they had not heard from them in weeks. The following day, when photos of the killed “militants” first appeared on social media, they were shocked to see the resemblance. They went to the police and urged them to trace them.

The Army, having heard of the families’ reactions to the photos, said it was investigating the matter. “We have noted social media inputs linked to the operation at Shopian. The three terrorists killed in the operation have not been identified and the bodies were buried based on established protocols,” said Kalia.

Political parties in Kashmir reacted sharply to the possibility of a fake encounter. In a tweet from the handle of Peoples Democratic Party president Mehbooba Mufti, her daughter, Iltija, said the reports of the “staged encounter” in Shopian showed that the armed forces were operating “with impunity”. She said it explained why bodies were allowed to decompose at unknown locations, and demanded an investigation into recent encounters.

Said Communist Party of India (Marxist) leader M.Y. Tarigami: “This is shocking and must be probed by a sitting High Court judge in a time-bound manner.” He added that, in the past, too, civilians had been killed in fake encounters for rewards and promotions.

The National Conference said it had constituted a team to explore the possibility of moving court to know the truth about the encounter.

On August 18, Kalia said that the Army’s high-level inquiry into the operation was in progress, and that the statements of key witnesses were being recorded. “Additional civil witnesses are being asked to depose before the court of inquiry,” he said. “Concurrently, the Jammu and Kashmir Police have collected DNA samples from Rajouri (on August 14) and sent them for matching with [those of] the terrorists killed on July 18.”

The father of Imtiyaz (Sabr Hussain), the mother of the younger Abrar (Jan) and the father of the older Abrar (Muhammad Yousuf) attended the Army hearings. “I testified before the Army and told them that our children had no connection with militancy,” Yousuf told THE WEEK. “I told them they could have arrested them. Why did they kill them?”

However, he said he was satisfied that the administration and the Army had acted swiftly. “Those who killed our children should be hanged,” he said. “Only then will we have some peace. If we do not get justice, I will hold those responsible for the murder of our children before God on the day of judgment.”

He said that his son had brought a new phone from Kuwait, but had been locked out of it; Ahmed had forgotten the screen lock code and had taken the phone with him to Shopian to get it unlocked. “Before he left for Shopian, he told his wife that he would get the phone opened in Srinagar and then put a SIM card in it for her,” Yousuf said.

Jan told THE WEEK that her son wanted to earn money to pay for his studies. “I want the police to return the bodies of our children,” she said. “We will bury them ourselves, even if it is only a limb.”

She said the police must match the DNA and release the results quickly. “Why are they delaying it? This delay is creating anxiety and doubts,” she said.

On September 18, Kalia said the evidence prima facie indicated that the three unidentified “terrorists” killed in the operation were Imtiyaz Ahmed, Abrar Ahmed and Abrar Ahmed, who hailed from Rajouri. “Their DNA report is awaited,” he said. “Their involvement with terrorism or related activities is under investigation by the police.”

He said the Army was committed to ethical conduct in all counter-terrorism operations. “Cases where doubts are raised are investigated under due process as per the law of the land,’’ he said. “As the case is under investigation, further details will be shared periodically, as appropriate, without affecting due legal process.”

On September 21, speaking in Parliament for the first time since his release from detention, National Conference president Farooq Abdullah said, “I am happy that the Army has admitted that three Shopian men were killed mistakenly. I hope the government gives [their families] a hefty compensation.”

He and party MP Hasnain Masoodi stood in front of the Gandhi statue outside Parliament with photos of the three Rajouri youth and Irfan Ahmed, who died in custody in Sopore, to highlight human rights violations in Jammu and Kashmir.

The Amshipora encounter is the first of its kind after Jammu and Kashmir was made a Union territory last year. And as security now comes under direct control of the Union home ministry, the blame for fake encounters will be laid at its door.