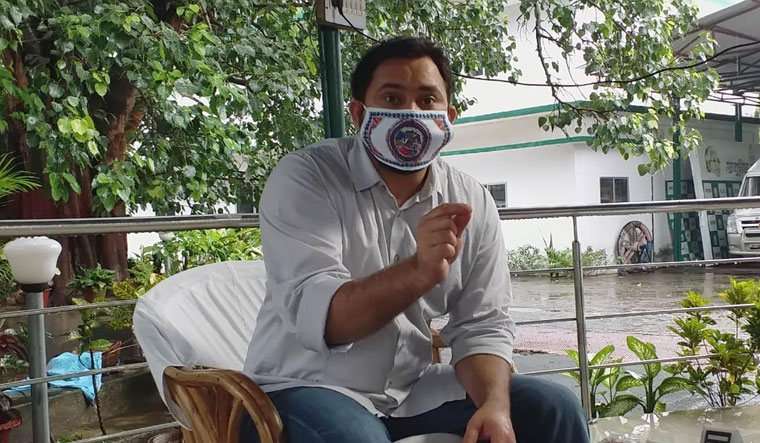 In the run up to the 2019 Lok Sabha elections, Hindustan Awam Morcha chief and former Bihar chief minister Jitan Ram Manjhi played hardball with the opposition grand alliance, demanding five seats for his party. After weeks of suspense and repeated threats of crossing over to the National Democratic Alliance, he settled for three seats. The bitter infighting within the grand alliance was one of the reasons why the NDA swept the polls, winning 39 of 40 seats in the state. After a brief lull caused by the Covid-19 pandemic, political activity has picked up in Bihar, with assembly elections due later this year. And, the grand alliance is once again beset by internal woes.

Manjhi had set July 10 as the deadline for forming a coordination committee to sort out issues regarding seat-sharing and to decide on the alliance’s chief ministerial face. It failed to work after Rashtriya Janata Dal leader Tejashwi Yadav made it clear that anyone questioning his leadership was free to leave the grand alliance. Former Union minister Upendra Kushwaha, who heads the Rashtriya Lok Samata Party, is another alliance partner who is not getting along well with the young RJD leader. The Congress, meanwhile, is working overtime to keep the alliance intact.

“I have met all the allies in Patna,” said Shaktisinh Gohil, former Union minister and Congress’s Bihar in-charge. “Bihar is a large state which is politically vibrant and diverse. Things take time. But I am hopeful that issues will be resolved soon.”

Gohil has his task cut out. Manjhi has again sent overtures to the BJP, but when he broke ranks with Nitish Kumar’s Janata Dal (United) and joined hands with the saffron party in 2015, he could win only his own seat, although his party had contested 21 seats. Sources close to Manjhi said he would make his decision in the next few weeks. Kushwaha said the delay was sending the wrong message. “These things, however, happen, when there is such an alliance. But even in the NDA, all is not well,” he said.

The RJD demands a lion’s share of the seats, banking on its support among the Yadavs, who constitute over 14 per cent of Bihar’s population. The party had won 80 seats in 2015, when it was in alliance with the JD(U). The Kushwahas constitute seven per cent of the population and the Mushahars—to which Manjhi belongs—1.8 per cent. The Muslims, who constitute 17 per cent of the population, have often sided with the RJD in the past and occasionally with Nitish. The grand alliance is betting on the RJD’s Yadav-Muslim combination, while the Congress can bring in the upper caste and dalit votes. Both alliances keep these calculations in mind while allotting seats and forging new partnerships. The BJP is expected to push for a hindutva-based campaign, along with Modi’s appeal, so that caste loyalties get subdued. The strategy is crucial for the BJP because despite having a vote share of 24 per cent in 2015, it could win only 53 seats.

The grand alliance, meanwhile, is hampered by the RJD’s unilateral decision to project Tejashwi as its chief ministerial candidate. Although he is recognised as the political heir of his father, former chief minister Lalu Prasad, the 30-year-old is the youngest among the alliance leaders. He is working hard to build on the perceived anger among the electorate by criticising the election campaign launched by the BJP and the JD(U) and wants the elections to be postponed because of the Covid-19 pandemic.

“People should stay away from the BJP and JD(U)] which are spreading the disease. Many of their state leaders have been infected,” said Tejashwi. “This is not the time to hold elections.” Several BJP leaders, including state president Sanjay Jaiswal and some MLAs, have tested positive for Covid-19. The sudden spurt in cases has again forced a lockdown in the state.

The immediate strategy of the RJD is to push for the postponement of the elections so that it can build on the sentiment that the state is beset with multiple problems like the return of the migrants, lost livelihoods and floods. The Election Commission agreed to the demand of various parties to do away with postal voting for people above 65 as it could have led to use of coercion in a state infamous for electoral malpractices. The EC has created an additional 34,000 polling stations—45 per cent more than the usual number—which will increase the total number of polling stations to around 1.06 lakh. “This would entail formidable logistical challenges of mobilising an additional 1.8 lakh polling personnel and other resources including the requirement of a much larger number of vehicles,” said EC officials.

But the allies are not with the RJD on the issue of postponing the polls. Kushwaha said it was better to vote out the NDA government at the earliest. “So long as this government is there, the state cannot control Covid-19. It is the responsibility of the government and the Election Commission to ensure that the fight against Covid-19 continues and that fair elections are also held,” he said. RJD sources said discussions were on with the alliance partners and something concrete might emerge in the next few weeks.

With a friendly government in the neighbouring state of Jharkhand, Lalu, who is lodged in a Ranchi hospital, is managing the negotiations and is also seeking to mollify miffed party members after senior leader and long-time associate Raghuvansh Prasad Singh quit the RJD. Lalu’s aim is to convince allies to accept Tejashwi as their chief ministerial candidate.

While Tejashwi is fighting to keep his father’s legacy alive, Lok Janshakti Party chief Chirag Paswan has the difficult task of filling his father Ram Vilas Paswan’s shoes. Chirag has been vocal about the differences within the NDA, but BJP leaders believe that it is nothing more than an effort to get more seats for his party.

The grand alliance partners are trying to finalise a common agenda. “Apart from raising issues like the failure of the BJP and the JD(U) to fulfil their promises like the prime minister’s special Bihar package, we will go to the people with a positive agenda. The 38 districts of the state are divided into nine divisions. For each of these divisions, we will raise separate issues,” said Gohil.

Another issue before the opposition alliance is whether to bring the Left parties, which have their own pockets of influence and have three seats in the assembly, into its fold. CPI leader and former JNU students’ union president Kanhaiya Kumar had been attracting large crowds in his rallies before the pandemic struck. Former Union finance minister Yashwant Sinha is also planning to contest elections. Unless the grand alliance can stay united and find a way to bring together such players, it will be advantage NDA in the polls.