Self-reliance does not mean exclusionist policies 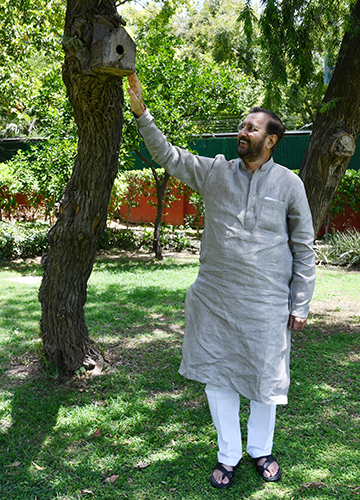 AS THE TWO-MONTH lockdown was eased, the Union government came out with an economic stimulus package of 020 lakh crore and initiated many reforms.

A/There are two views—whether you need to address the supply side or the demand. It will create inflation if there is no proper supply. People were saying that we should give Rs7,500 to everyone. Eighty crore people were given 25kg of rice or wheat, 5kg of pulses; additionally, 10 crore people (migrants and people without ration cards) were given 10kg rice and 2kg of pulses free of cost. Twenty crore women got Rs1,500 each [Rs30,000 crore total] in their Jan Dhan accounts. Eight crore families have got three gas cylinders each, free [of cost]. Three crore senior citizens got Rs1,000 each in their account. Eight crore farmers got Rs2,000 in their accounts. So, basically, the bottom 10 per cent have got more than Rs7,500.

Q/Will the prime minister’s mantra of self-reliance lead to protectionism? Make in India has had only limited success.

A/We have to see how India responded when there was a need. Take the pandemic. We had no Covid-hospital, now we have 800; we had only one lab in Pune, now we have over 300 labs; we had no manufacturing capacity for masks or personal protective equipment or swab stick, now we are making everything including ventilators. Make in India happened in four months. When we say self-reliance, that does not mean exclusionist policies. Lessen our import and increase our export—that is the simple definition of Atma Nirbhar Bharat.

Q/Will you compare the latest economic reforms with the 1991 reforms?

A/In 1991, we were on the verge of defaulting. Today, the situation is not bad. We have $482 billion in forex reserves, so situation is not comparable in that sense. We have done something basic, like in case of defence where we banned imports of certain goods and spares which India can produce. As we were importing, we were living in hypocrisy. We were importing 100 per cent in weapons, but not allowing foreign direct investment. We have changed the definition of MSME (micro, small and medium enterprises) to make it more inclusive. Rs3.7 lakh crore is the package in credit line—liquidity without guarantee—which is a very important development. Rs75,000 crore for NBFCs (non-banking financial companies) has also been [declared].

A/No, even the cash transfers would not have stopped workers from migrating. Because once you feel there is a threat to life, you would wish to be with your family. By May 25, we had run 2,800 special trains, which carried 42 lakh migrant labourers to their homes. Buses carried more than 10 lakh labourers. Fifty to 60 lakh migrants have already reached their homes. Rural areas do much better when it comes to taking care, having home quarantine.

Q/Environmentalists have criticised the draft Environment Impact Assessment notification, saying businesses are being helped at the cost of environment.

A/This is absolutely wrong. We are not making any change to the Environment Protection Act. Secondly, we are making a compendium. So many changes have been made in the last 14 years (of the Act). We are bringing all the changes together.

From 2008, how many projects were cleared by the UPA government, how many have we cleared? The number is the same. But the method has changed, so has the time lag. But that does not mean we are compromising with the environment norms.

Q/Automobile sector is suffering because of the lockdown. Do you see the growth returning soon?

A/Within two months the demand will revive. Unfortunately, two things happened. They experienced a slump last year, and then January onwards the customers thought they would wait till April when the new Bharat [stage] VI-compliant vehicles became available.

The high incidence of Covid-19 is in 11 cities. The major sale of autos is also in these 11 cities. Two-wheelers have no problem; four-wheelers have a little problem [of sale]. By next month, we should be able to see the sun rising again.

Q/How will the government conduct census and the National Population Register exercise this year?

A/Census work may be a little delayed, but it will not be postponed indefinitely. You have to live with Covid-19 till a vaccine is found. It will be the new normal.

Q/Bihar assembly election in October is expected to pose a challenge.

A/Elections in Bihar will be conducted according to the schedule. Campaigning will depend on the prevalence of the disease at that time.

Q/The lockdown has brought the Centre-state relations in sharp focus.

A/In our politics, there is doublespeak. You witnessed it when domestic flights were started. Every state has come up with its own protocol and is applying different quarantine rules. They are deciding independently, depending on their own assessment, yet people accuse the Centre of centralising power. It is not concentration of power. It is cooperative federalism at its best.