With Rahul Gandhi adamant to step down, where does the Congress go from here? 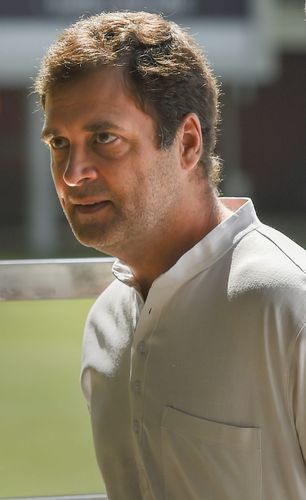 “I AM THE HEAD OF THE PARTY. If we have lost, I should own responsibility and resign. Please look for a new leader,” Congress president Rahul Gandhi said at the Congress Working Committee meeting, on May 25, following his party’s drubbing in the Lok Sabha elections.

The offer to resign did not come as a surprise. The party won just 52 seats, eight more than it did in 2014. What was worse, Rahul had lost the family pocket borough of Amethi.

The CWC rejected Rahul’s resignation, praising his campaign and asking him to carry out a major restructuring of the party at every level.

Rahul, however, was adamant, and added that his successor should be a non-Gandhi, ruling out Sonia and sister Priyanka.

A leader close to Rahul said his insistence on resigning countered the cynical view that it was just mandatory “drama” after an electoral loss. It was also a powerful response to the BJP, which had criticised the Congress for its dynasty politics. The message was that the Gandhis did not hanker after power.

The resignation was also expected in the light of criticism, within the party, about Rahul’s leadership. Though he led an aggressive campaign against the BJP and Prime Minister Narendra Modi, a section within the Congress had questioned his reliance on allegations of corruption in the Rafale deal. They also felt that the ‘Chowkidar chor hai’ slogan backfired.

There are also those who say that, by resigning, Rahul might force major changes in the party organisation. The younger lot says that it might be time for large-scale changes at the AICC and at the state level. Notably, several state Congress presidents have already resigned. Others, however, counter this argument by saying that Rahul, as party president, already had all the power to bring about changes in the party.

And in the wake of Rahul criticising three senior leaders—reportedly Rajasthan Chief Minister Ashok Gehlot, Madhya Pradesh Chief Minister Kamal Nath and senior leader P. Chidambaram—for putting their sons before the interests of the party, there have been demands to fix accountability. In Rajasthan, a section of the Congress wants Deputy Chief Minister Sachin Pilot to replace Gehlot, while in Madhya Pradesh, they want Jyotiraditya Scindia to replace Kamal Nath as state party president. “These are internal issues. It was a postmortem meeting, so it was natural for him to point out lacunae in the campaign,” said Gehlot.

One option being put forward is that Rahul could appoint a working president. This, said a senior leader, would relieve him of day-to-day administrative issues and give him the freedom to travel the country to improve the party’s grassroots connect.

Former prime minister Manmohan Singh was against the resignation. Instead, he suggested that a committee be set up to study the reasons for the defeat and recommend corrective steps. And, unlike in the past, this report would be tabled before the CWC, and not only before the party president, as had happened to A.K. Antony’s report following the 2014 defeat.

Another possibility is of Rahul leading the Congress in the Lok Sabha. This would give him national stature without being party president. Leaders like Mallikarjun Kharge and Scindia, who led the party’s onslaught against the government in the Lok Sabha, have lost their elections. And there has been talk of a leader from the south, more specifically from Kerala, being chosen as a replacement. Among the names doing the rounds was that of the articulate Shashi Tharoor, who retained his Thiruvananthapuram Lok Sabha seat, and could take on the BJP’s narrative. A senior leader, however, said that the party might want to give the responsibility to a bilingual person, and Rahul fits the bill. Moreover, he is an MP from Kerala now, the leader pointed out.

Also, with assembly elections due in Maharashtra, Haryana and Jharkhand in October-November, and in Delhi a few months thereafter, the party needs to hit the ground running rather than get mired in a leadership crisis. “We have tried to dissuade him,” said senior leader Ghulam Nabi Azad. “We told him that he understood how the party functioned. A new person would take another five years to understand all this.”

Another looming threat for the Congress is the threat against its governments in Karnataka, Rajasthan and Madhya Pradesh. As the party rules with wafer-thin majorities in the states, the BJP could try to topple the governments. In fact, Kamal Nath could not attend the CWC meeting as he was guarding the external support his government has from the Bahujan Samaj Party, the Samajwadi Party and independents. Senior leaders Azad and K.C. Venugopal had to rush to Karnataka to quell the infighting in the ruling Congress-Janata Dal (Secular) alliance.

Also, Congress ally and Rashtriya Janata Dal president Lalu Prasad voiced a concern that many within the Congress had. He said Rahul was walking into the trap laid by the BJP-RSS combine. He said the moment someone from outside the family replaces Rahul, the BJP would paint him as a “puppet” controlled by the Gandhis, and this would play on till the next elections.