Ghar Bhejo campaign changed me as a person 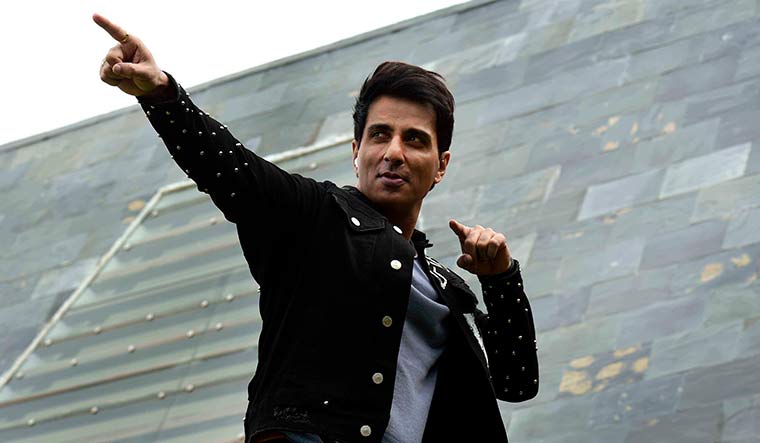 Holy ash and turmeric powder are strewn across the cardboard that carpets the floor. A necromancer is all set to perform a ritual.

We are on the sets of Alludu Adhurs, a Telugu film, in Hyderabad. Sonu Sood, dressed in a floral shirt, is ready for his shot. “The movie is about a ghost that comes into the house. It is a lot of fun,” he says, smiling.

Sood’s film journey began with the Tamil film Kallazhagar (1999). He made his Hindi film debut in 2002 with Shaheed-e-Azam. A look at his filmography tells you that language has not been a barrier for him, having worked in Tamil, Telugu, Kannada, Hindi, and even Pakistani and Chinese films.

Known largely for his negative roles in films like Arundhati (Telugu, 2009) and Dabangg (Hindi, 2010), he made a positive impact during the pandemic, especially by helping migrant workers return home. And, he continues the good work.

Mallikarjun, a heart patient, came to meet him during the film shoot. Sood paid for his surgery. “He also paid his children’s tuition fees,” says Manee Kondavalasaa, an associate director.

His humanitarian work has earned him more fans, too. Sood received a rousing welcome when he arrived in Hyderabad. And, he has a Telugu connection apart from his films—his wife, Sonali, hails from Andhra Pradesh.

Sood loves being surrounded by people. In between shots, he spends time with technicians and other people on the set. “I have never dreamt of owning a caravan,” he says. “I am not too much into such luxuries.”

Q\ You are perceived as an embodiment of kindness. Can you play the bad guy convincingly anymore?

A\ Being perceived as an embodiment of kindness puts a huge amount of responsibility on my shoulders…. When you help others, people see you differently. So, it is going to be difficult to play a bad guy now. Most directors and scriptwriters are changing scripts. They are offering me roles that are larger than life. That is what goodness does to you.

Q\ Psychologists say that generosity may be inherited.

A\ My mother, Saroj Sood, was a professor. She taught people for free all her life. She used to say that generations would change if one person got educated in the family. My mom has inspired me a lot. I have started free courses in hotel management, agriculture, BTech, computer science, artificial intelligence, BPharm and nursing. I also plan to conduct free online coaching classes for civil service examinations. The idea is to impart education to as many people as possible. We can change lives. I am just doing my bit.

Q\ What are the life lessons you learned from your parents?

A\ Life is all about giving. You become truly successful only when you reach out and help others without waiting for them to ask for help.

I lost my mother in 2007 and my father, Shakti Sood, in 2016. It was too early for them to go. They might be seeing what I am doing now. I wish they could have seen more of my success. My dad saw a couple of my films. My mom was not lucky enough to see my success. She wanted me to be an engineer and I became one. Then I tried my luck as an actor. She encouraged me to pursue my dreams. She would tell me that I would be a successful man.

Q\ Tell us about the Ghar Bhejo campaign. How did it change your life? 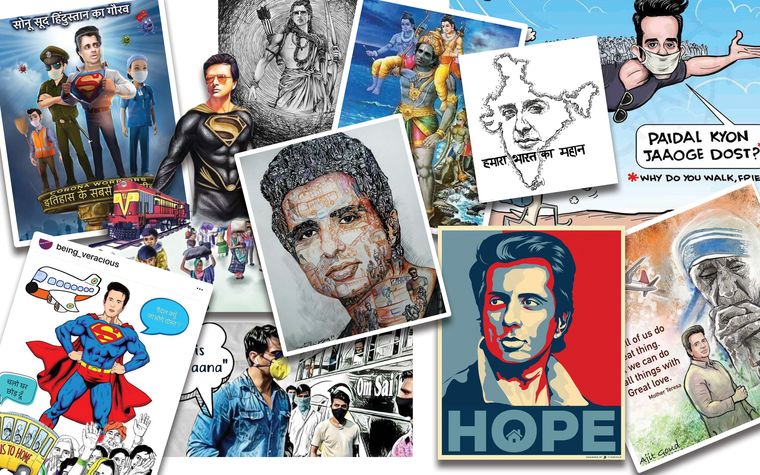 A\ There were thousands of people from Bihar, Uttar Pradesh, Uttarakhand, Kolkata, Assam and Jharkhand. Many of the migrant workers I had sent home became my volunteers and helped others. A couple named their son Sonu Sood Srivastava. Those moments are very precious. Ghar Bhejo changed me as a person. People I sent home still send me messages every day. I take care of their children’s education and medical needs. I think now they are a part of my family and I believe that I have a home in every part of the country.

Q\ What do you think the poor in India need?

A\ I think they need a helping hand; a feeling that there is someone to support them; an assurance that ‘I am there for you whenever you need me’. It is unfortunate that there are so many poor families in the country with so little means. Having connected with them, I now know how important it is for all of us to come together and help them.

Q\ What does money mean to you?

A\ I think money is temporary. People run after it. I don’t feel it carries much of an importance.

Q\ How do you raise funds for your humanitarian work?

A\ I have been doing my bit from whatever I earn. I do a lot of barters. Whatever events or ads come to me, I tell the organisers or brands to pay for a surgery or save a life instead of paying me. I believe when you start doing good for others, you gain the real strength you are born with. I feel very powerful because I know that I can do anything and I can help anyone the way I want.

Q\ What do your children—Eshaan, 18, and Ayaan, 12—want to become when they grow up?

A\ They are too young. I do not know what they want to be. I hope I am able to give them the right kind of guidance so that they make the family proud. I always tell them to work hard and fulfil their dreams. I am sure the upbringing that we give them will make them superhuman beings.

Q\ What are some of the ways to raise a kind and generous child?

A\ When you do something right in life, your kids see that… and somehow grow with that feeling to help others. I have seen my mother teaching people for free and my father feeding the poor in front of his shop. I think these were some lessons that I learnt as a kid and that helped me to do whatever I am doing today.

Q\ You helped migrants as well as Indian students stranded abroad. Which was more challenging?

A\ It was a tough journey to bring back students stranded abroad. I have managed to bring back almost 14,000 students from countries like Russia, Kyrgyzstan, the Philippines, Kazakhstan, Uzbekistan and other countries.

Q\ Shivam Mishra, a badminton player you helped return home from Indonesia, said that you were doing what the government should have been doing. Your comments.

A\ I wish there were different departments in the government that helped people who needed to be rescued and that catered to the medical and educational needs of the less fortunate.

When Shivam was stuck in Indonesia, no one came forward. I took up the challenge of bringing him back. I am glad I was able to do it.

Q\ What are some of the challenges you faced while implementing your initiatives? Did politicians and bureaucrats trouble you?

A\ I faced a lot of challenges initially, transporting people from different parts of the country to bus stops, airports and railway stations. But I was able to do it. No one troubled me—neither politicians, nor bureaucrats. A lot of people helped me in getting permissions. They knew that I was doing the right thing and that my intention was to help people. Everyone was trying to do their bit to make life easy for me.

Q\ How do you manage to stay away from the lure of politics?

A\ I am not interested in politics as of now. As an actor, I have to do a lot of things and so I manage to stay away from politics.

Q\ A Twitter user recently called you a fake philanthropist. You were also described as ‘the biggest scam of 2020’. How do you respond to such criticism?

A\ When people say that you are fake, you can shut their mouth only by doing good. These kind of people will come and go. They don’t exist for me and I don’t care. I ask my critics to be a part of my team and see how we work. I think that conveys everything. My intention is to help others and I will keep doing it.

Q\ What are your upcoming film projects?

A\ I am shooting for Prithviraj (Hindi) and Kandireega 2 (Telugu). I am doing a movie with Chiranjeevi as well, besides a couple of Hindi movies.

Q\ Do you have a spiritual guru? What motivates you to be kind and generous?

A\ I don’t have a spiritual guru. People need me and that motivates me to go ahead and do something for them.