There was an effort to sabotage us 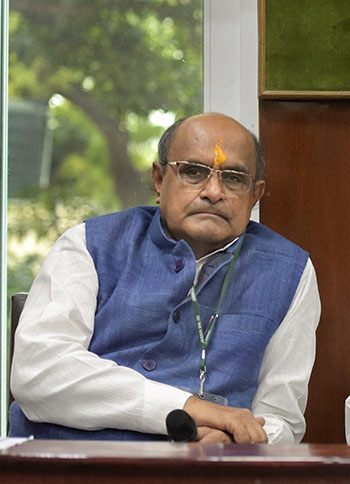 How do you see the mandate?

The development [agenda] and the resolve to create a new Bihar have seen victory. People have put a stamp of approval on our work.

But the JD(U)’s seats have gone down.

Our vote percentage is the same, though our seats have gone down. Our own [friends] and our rivals were involved in a campaign against Nitish Kumar. There was [an effort to] sabotage [us]. The data which has come forward shows that we were ahead in 83 seats. If there had been no such conspiracy against us, we would have become the single-largest party.

You mean to say how the Lok Janshakti Party put up candidates against the JD(U)?

The LJP, the RJD and the Congress, they all targeted us. They wanted to demolish Brand Nitish to establish themselves. There was no other way to do so. That is why they attacked only the JD(U) and Nitish Kumar.

How do you see elections in terms of Brand Nitish?

His respectability has been restored again, despite misinformation [campaigns] and opposition. He is the tallest and the best leader of the socialist legacy. He believes in social justice and economic justice. He is respected in the country.

How do you see Tejashwi Yadav's performance?

The RJD ruled the state for 15 years, and stayed in opposition for 15 years. There is a vote-bank, which is anti-NDA. They are its sole inheritors. They had a chance to increase their space. But they seem to have lost it.

Will Nitish Kumar get another term as chief minister?

Prime Minister Narendra Modi and a dozen other leaders have said so—that Nitish Kumar will be the chief minister. But the disinformation campaign is on.