Loss is not only of jobs but also of incomes 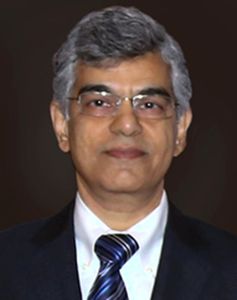 Q/Your latest numbers on job losses are alarming. Would you say this was expected considering the stringent lockdown?

A/As of August 2020, we estimate the net job loss to be 10.9 million. As against a total employment of 403.5 million in 2019-2020, the estimated employment in August 2020 was 392.5 million. The lockdown was the surprise. Its length, its initial stringency and then its uncertainty have all been surprising. Given such a lockdown, the job losses are not surprising.

Q/With the implementation of “unlock” measures, do you see the job situation improving quickly?

A/In terms of jobs, there have been some very quick improvements. India lost 121 million jobs in April 2020. Since then, the losses have steadily declined. It was down to 90 million in May 2020, then 26.5 million in June, 11 million in July and also in August. There was a very quick and substantial improvement in May and in June. Then, the recovery slowed down in July and stagnated in August. Much of what could be recovered quickly has been so. The remaining recovery could be a long haul.

Q/What are the factors you feel are required for an uptick on the job front?

A/Jobs will recover the remaining lost ground when the economy opens up further and enterprises are allowed to function. The recovery of jobs has reacted well to the unlock process. Beyond this repairing of lost jobs, jobs will improve only when the productive capacities are expanded from where they are. New factories and offices need to open up for new jobs to be created. This implies the need for new investments into new productive capacities. An important ingredient in the recovery process is a pick-up in demand. The lockdown has led to a contraction of consumer demand. Till consumer demand does not pick up, it may be difficult to see investments recover, and till investments do not recover an uptick on the jobs front is unlikely.

Q/You have also said that middle-class urban Indians who lose their salaried jobs would find it difficult to get another one.

A/The recovery till August has been confined to mostly informal forms of employment. Losses in salaried jobs are mounting. It would be difficult to see a recovery in salaried jobs till such time as investments pick up.

Q/What kind of lag are we seeing before things improve as compared with previous situations of economic distress?

A/The lockdown is unprecedented. We have no history to guide us out of a situation where the economy shrinks by 24 per cent or where the unemployment rate shoots up to 24 per cent. Shocks of this kind, if left unattended, leave a long-term scar on the economy. In 2007-2009, the Union government took the lead in spending its way out of the impact of the global financial crisis. This time, the government is reluctant to put money on the table. The recovery from here is unlikely to be automatic and it is unlikely to come anytime soon. The loss is not only of jobs but also of incomes. Incomes of even the employed have been hit. Incomes matter as much as employment.