With genetic sequencing data, scientists aim to get up close with SARS-CoV-2 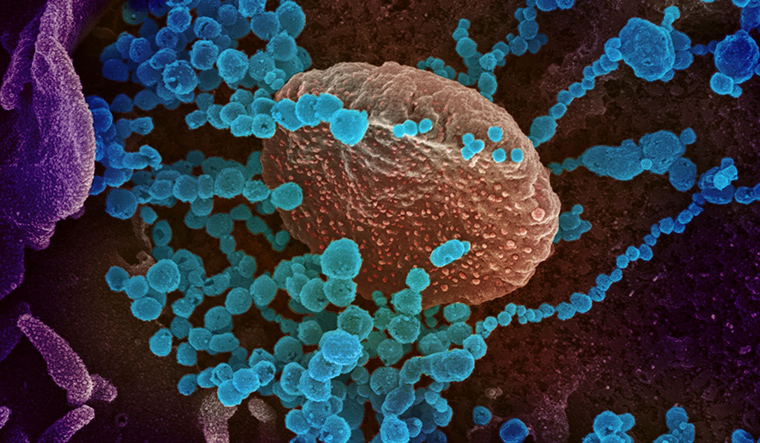 Blue’s clue: A scanning electron microscope image of SARS-CoV-2 (round blue objects) emerging from the surface of cells cultured in the lab. The virus was obtained from a patient in the US | AFP

It is a consignment of gooey bits of mucus from the nose or back of the throat, picked at the cotton-tipped end of little sticks, and suspended in a test tube fluid, that genetic researchers eagerly await these days.

For much of the fastidious world, these packages may seem revolting, but for the scientific community, the swirling snot is a treasure. They cannot have enough of it. Ironically, even as the number of Covid-19 cases is rapidly rising in the country, researchers who want to study this new kid on the block, SARS-CoV-2 virus, have only a few samples to study.

Five institutions in India are sequencing the genome of this novel virus. These include three Council for Scientific and Industrial Research (CSIR)-run institutes—Centre for Cellular and Molecular Biology (CCMB), Hyderabad, Institute of Genomics and Integrated Biology (IGIB), Delhi, and Institute of Microbial Technology, Chandigarh, as well as National Institute of Virology, Pune, and Gujarat Biotechnology Research Centre, Gandhinagar.

With the nationwide lockdown in place, transferring samples is not easy. The focus being on testing and treating patients, research institutes are lower on priority when it comes to mobilising movement of material. However, as protocols fall into place, more samples are reaching research labs. Already 70 samples of the virus have been sequenced, and the government aims at sequencing up to 1,000 samples within the next few weeks.

The genetic material of most viruses is a complex, single stranded molecule called Ribonucleic Acid (RNA). The long strand is made with repeats of four “base” pairs, or building blocks called adenine, cytosine, uracil and guanine. Genetic sequencing is a process by which the entire RNA strand is laid bare, and the sequence in which the base pairs are arranged is understood. While the genetic material of each species is unique, every once in a while, while replicating, there is an error, which gets recorded as a mutation. These mutations sometimes change the nature of the virus; this is why fast mutating viruses like HIV and common influenza still do not have effective vaccines. Sometimes, the mutations are not in an important part of the virus, so they do not change the behaviour of the virus. However, as mutations get transferred to the next generation, they help in tracing the history of the virus, which lets scientists map its movement in the human population.

“For instance, if there was a mutation which occurred in Iran, and a patient in India shows that mutation, we know that particular infection came here from Iran,’’ explains Shekhar Mande, director general, CSIR. The infection did not start in India. So, if we study a patient in Chennai, we can trace back the way the virus reached him—by studying the various mutations on that virus. Thus, we can map the movement of the virus in human populations, and understand how it is spreading. This is the same method used in paternity tests—when the family tree (in this case of the virus) can be traced back generations, studying the inherited mutations. While experts are tracing the movement of the virus now by taking down the patients’ travel and contact history, molecular epidemiology is a foolproof method. 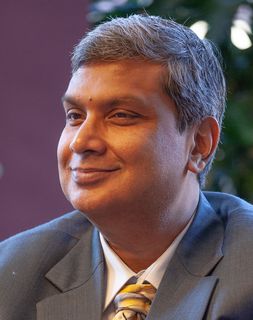 Genetic sequencing also helps researchers understand which part of the RNA should be targeted for developing a drug, and a vaccine. The bits that are fast mutating are like moving targets, and therefore, the more stable parts are better suited as targets for drug delivery and vaccines. “As of today, it appears that the SARS-CoV-2 virus is not mutating rapidly like the seasonal flu. If it stays this way, it will be easier to develop a vaccine,” says Mande.

There are two ways of sequencing an RNA molecule. One is to spread out the RNA strand itself and sequence its base pairs. The method more common, explains CCMB chief Rakesh Mishra, is to convert the RNA molecule into a DNA molecule with the help of an enzyme called reverse transcriptase, and then sequence it.

In the case of Covid-19, the nasal and throat swabs are used as the virus does not show up too well in blood samples. The sample collector puts it in a bottle that has a buffer solution, which keeps the sample stable and prevents other microbial growth in it. These samples then have to be transported in cold boxes to the labs, where scientists use a primer to “amplify” the material. So, the few thousand molecules of RNA get converted to millions of molecules. This RNA rich material is then put through a machine called the Next Generation Sequencer, which then reads out the sequence of the molecules in the RNA.

Genetic sequencing is a tool that can be used for various applications. “We can even say which particular strain is more infectious,” explains Mishra. “Such information is vital for epidemiological surveillance and can help calibrate lockdowns.”

Along with sequencing the virus, the government has just cleared the decks for sequencing the genetic material of patients, too. “We keep hearing that Indians are more resistant to the virus, but we don’t have any scientific proof of that yet,’’ explains Mishra. He is excited about getting genetic samples of the patients, too, so that they can get a genetic understanding of questions like why some people are asymptomatic or why some are more severely affected than others. There, is, however, a long way to go before India gets enough samples sequenced to get big data.

The more sequenced samples that India has, the better will be its understanding of the enemy it is dealing with. It is the same as having as many pictures as possible of a criminal—from various angles, from different times of his life—for sleuths to get a good understanding of who he is, what makes him tick, and what are his vulnerabilities. 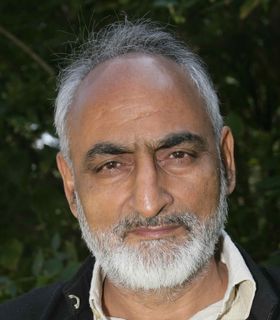 Indeed, the devil is in the detail. The problem right now is not in the scope of the institutes, or the cost factor. Most institutes in India can sequence around a thousand viral samples in a couple of days. The CSIR last year had achieved a milestone by sequencing 1,008 human genomic sequences (which are much more complex than virus genomes) in six months. However, the “logistic nightmare’’ of obtaining samples during lockdown has slowed this process. Since the cost per run of the machine is around 01 lakh, scientists “run” other genetic material for sequencing along with Sars-CoV-2, to optimise running costs.

India is not the only country sequencing this virus. The US, Canada, the Netherlands, Germany and even the UAE and China have sequenced the virus. “We will ultimately deposit our data with the global initiative called GSAIDS, which is open data, available to all researchers,” says Mande. There are around 10,000 sequenced samples of the virus in this repository. Globally, there is poor genetic data on the virus, especially from its early stages in Wuhan.

“Genetic sequencing is the diagnostic tool of the future,’’ says Anurag Agarwal, head of IGIB, “Right now, a testing kit can only tell you whether you have a particular disease or not. No single kit can tell if it is not Disease A then what other disease it could be. So, we have to run multiple tests for say malaria, typhoid, dengue, etc, to conclude a diagnosis. Genetic sequencing can tell you exactly what infectious disease the patient has, from one sample of biofluid.”

As a diagnostic tool, genetic sequencing is still a new approach in the world. “But this pandemic has given us the opportunity to show the power the technology, and our institution plans to work towards that goal. We are preparing for the health care of the future,” says Agarwal.