Give some additional power of taxation to states 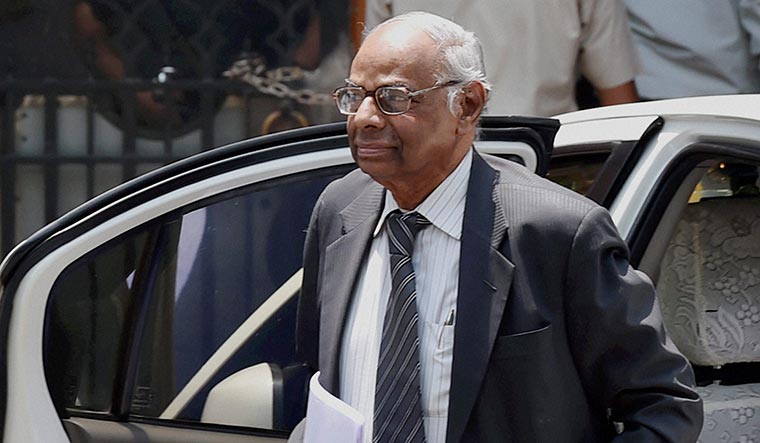 C. RANGARAJAN, who was the governor of the Reserve Bank during the crucial period of India’s transition to a liberal economy, is still one of the most sought-after voices on economic matters. In an exclusive interaction, he talks about the effects of the pandemic, the rising inflation, and the relationship with the Centre and the states on fund distribution.

What do you think about the current state of the Indian economy, especially after the second wave of the pandemic?

To compensate for the contraction in the economy in 2020-2021, it will have to grow at 7.8 per cent at the minimum. My own estimate as far as the current year is concerned is that the economy could grow at 9 per cent. However, that is predicated on two assumptions—if suitable policy measures are taken by the government in order to stimulate the economy and, more importantly, the lockdown is lifted as early as possible. Without the lifting of the lockdown the growth rate cannot pick up and even increased government expenditures will not work.

What should be the priority of the government to revive the economy?

In order to revive the economy, government expenditures should be maintained at high levels. There are certain types of expenditures that are imperative. I would like to classify these expenditures into three categories. First, the expenditure on health care, which involves the extension of hospital facilities including expenditures on drugs, ventilators and vaccines. This is going to be a big burden.

There is a feeling that the Centre-state financial relationship has worsened during the pandemic. What are the fault lines and what would be your recommendations to fix things?

The relationship between the Centre and states has been aggravated in the recent period, mainly for two reasons—the problems associated with the GST compensation and the other relating to the expenditure on vaccination. In addition to the general problems, these two issues have created a situation in which the Centre and the states are not moving together. As far as the GST compensation is concerned, finally some arrangements have been made that could have been made earlier.

The issue of compensation is controversial because the money required to make up for the loss—if the growth rate is less than 14 per cent of the basic taxes collected by the states—is a fairly large amount. However, this is a difficult year and both the Centre and the states face a problem. It could have been approached by the Centre in a better way and it would not have led to a feeling among the states that the Centre was trying to get out of a commitment which it had already made. It is not only a commitment, but a part of the Act.

Secondly, with regard to vaccination, initially the Centre started to pay for everything, but then tried to shift half of the burden to the states. This in particular was a very bad move and certainly aggravated the relationship between the states and the Centre. Finally, the Centre has agreed to take the burden. In both cases the Centre could have behaved better.

What are the other issues related to fund transfer between the Centre and the states?

I feel there are a few other issues relating to the adequacy of fund transfer to the states from the Centre, and the way the funds are allocated. One relates to the vertical transfer and the second relates to the horizontal distribution.

With regard to the horizontal transfer, what we are hearing from a few states is that the present criteria are biased and in favour of the low-income states. The basic reason for setting up a finance commission and evolving a formula is to create a situation of equalisation—that is the poorer states require special support and therefore the criteria used is in favour of the poorer states.

The higher income states now feel the pinch, and therefore some adjustments may be necessary in the way in which the weights are given to the various criteria and one has to look at it carefully. But the principle of equalisation cannot be totally sacrificed. And this principle is adopted not only in India but everywhere.

Another issue that I mentioned earlier is how much revenue of the centre should be shared with the states. Each finance commission has been trying to increase the share by two or three percentage points. The 14th Finance Commission, however, made a big change and that is because the Planning Commission, which was also distributing funds, got almost abolished by that time and what the Planning Commission was doing also effectively got transferred to the finance commission. I would suggest that besides looking at what the share should be, we can also think of giving some additional power of taxation to the states.

What are your views on GST? Can states be given more taxation rights?

The GST is a good measure, and once the teething problems are over it will give good revenue to the Centre and states. We should work towards making the GST function better and more efficiently. At the same time, we can also think of allowing the states to levy income tax, which indeed is followed by some federations. This is the case in the US also where the states have the power to levy income tax. The states there have been very careful not to raise the rate much because they know that if one state raises it beyond a certain level then people and companies may move out.

In fact, there are some states in the US that do not levy any income tax. I think this is something one should look at. If this is done, perhaps some of the higher income states will be satisfied.

What is your opinion on direct monetisation?

There is a near consensus that the government expenditure should increase. It is in the context of a situation in which revenues are not as buoyant. In this situation, perhaps the fiscal deficit may go up from 6.8 per cent to 7.8 per cent of the GDP. Then there is also a proposal that in order to compensate the loss of revenues to the state governments the Centre will have to borrow.

As per my estimates, the overall borrowing of the Centre alone for FY 2021-22 would be Rs16.3 lakh crore. In FY 2019-20, which was the last year before the Covid pandemic, the borrowing was half of it. The government cannot fulfil this high level of borrowing without RBI support. The RBI support can be in two forms—direct and indirect. Direct support is monetisation—that is the bonds are picked up by the RBI directly and, as a consequence of it, money is created and handed over to the government. However, it is indirect monetisation that is happening currently and the RBI is pushing liquidity into the system and there is enough liquidity so that the banks and others can easily subscribe to the loans of the government.

We should refrain from direct monetisation. We had abolished direct monetisation in the 1990s and it was reiterated by the FRBM Act also. However, the only problem here is that the large injection of liquidity into the system in order to support the high borrowing programme can result in inflation. The policymakers should be conscious of this. All those who plead for higher levels of government expenditure must also be conscious of the fact that it involves higher borrowing and higher support of the RBI, and that can result in inflation. The inflation has already started rising, and according to the latest information, retail inflation has already crossed 6 per cent and wholesale price inflation is in double digits.

What are your views on Modern Monetary Theory (MMT)?

In my view MMT is not a monetary theory and rather it is a fiscal theory. What the MMT says is that a government which has a sovereign power to issue notes can borrow to any extent and there need not be any rules as to how much it should borrow. The argument is exactly the same as I had mentioned about monetisation, namely that if the borrowing exceeds what is being absorbed by the people and the companies then that will be met by the subscription by the central bank of the country and therefore the government need not worry.  The MMT says that the only limit here is perhaps the impact on inflation and that they accept but otherwise they say that as long as the currency can be issued by the government in collaboration with the central bank of the country then there is no limit on the borrowing. I think they are underestimating the impact on inflation because of such a policy. I do not think it is acceptable.

Some sectors such as travel and hospitality, airlines and retail have been badly hit by the second wave of the pandemic? What can be done to revive these sectors?

Some of these sectors will not be able to grow unless the lockdown is lifted and mobility is restored. If people are not traveling from one place to another place there would be no demand for accommodation. Lockdown has to be lifted with all precautions to allow these sectors to revive. Only if people feel safe to travel then only they will travel and only then these sectors will regain their growth. RBI has brought out some financing mechanisms for the units in these sectors with a special line of credit so that the banks can utilise those resources for the purpose of lending to these sectors. To some extent a credit guarantee scheme is also being introduced .i.e. if there is a default the government will bear the loss. These are limited in nature and I believe that many of these service industries will really come back into operation only when people travel without the fear of covid and the lockdown is removed.

What are your views on job creation? The second wave of the pandemic seems to have left lakhs of people unemployed?

In my view employment is not very different from growth. Growth and employment go together therefore once growth picks up, the people who have now been thrown out of employment will come back. I particularly see it in the services industry. Currently due to restrictions on movement, activity is not picking up and once it happens then employment will come back. Many companies in the hospitality sector have really not used the services of the informal sector due to the pandemic and therefore the informal sector has been thrown out of business. Some help in terms of providing relief to the people who have been thrown out of employment through cash can be done. The real pick up in their activity will happen only when the lockdown is fully lifted and the economic activity picks up.

There have been talks about making India a $5 trillion economy. When will we reach there?